Why am I paying $60 for that bag of rice on Amazon.com? 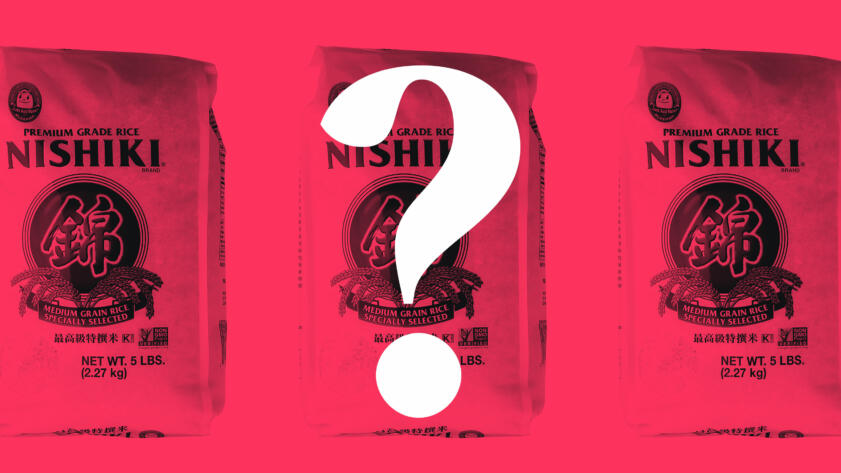 Did you know we have an online conference about digital commerce coming up? Checkout will share strategies on how to move forward in these unprecedented times.

After hovering at around $10 consistently, the price of a five-pound bag of Nishiki medium grain rice shot up to $30 on Amazon.com in March and hit a peak of $59.99 at 9 p.m. on Saturday, March 21, according to the Amazon price tracker Keepa. As of Friday, April 24, the bag of rice was priced at around $20.

Prices on Amazon have been volatile since the outbreak of COVID-19 in the United States. By the end of March, Keepa’s data revealed, an eight-pack of Barilla spaghetti, whose price normally hovers around $10, shot up to $49.25. The cost of an eight-pack of Skippy Superchunk Peanut Butter nearly quadrupled, from $12.52 to $45.

COVID-19 has made the public more aware of price fluctuations on basics like toilet paper, hand sanitizer, and dried goods, as demand for those products surged beyond expectations.

But limited inventory is not the only reason that the price of pasta (or toilet paper, peanut butter, and rice) is shifting so drastically on Amazon. Experts say the fluctuations on Amazon are often a result of the algorithms sellers use to optimize their sales.

How does dynamic pricing work?

Dynamic pricing (or algorithmic pricing) relies on algorithms that can synthesize lots of information about the marketplace and then change the price of something based on what’s happening hour to hour or even minute to minute. Dynamic pricing is already common for items like plane tickets and hotel rooms. As the supply gets smaller or if there’s more demand—a big conference is going to be in town that weekend, for example—then prices go up. If demand goes down because, say, a pandemic has stopped people from traveling, then prices drop.

But dynamic pricing isn’t quite that simple on Amazon because of its Buy Box. When shoppers click the “Buy Now” or “Add to Cart” button, they are selecting a specific vendor. There’s usually an option to consider other vendors, but most users—by some estimates 80 percent—make their purchase through the Buy Box. To determine who “wins” the box, Amazon uses its own algorithm, which it does not reveal to the public but which observers say includes more than price. “The Buy Box depends on fulfillment speed, channel, your reviews and rating, availability within a certain period of time,” Victor Rosenman, CEO of Feedvisor, a company that creates algorithms for Amazon sellers, said in an interview.

Amazon does provide tools that help sellers use dynamic pricing on the Amazon marketplace. Sellers can set pricing rules based on the Buy Box or on the lowest price for that item, and they can change those rules based on the fulfillment channels of their competitors. There are also independent companies like Feedvisor and Sellery that create pricing algorithms for Amazon third-party sellers.

In 2016, researchers at Northeastern University tracked the prices of more than 16,000 of the most popular items on Amazon and collected information about the top sellers for those products, including their ratings. While sellers who use traditional pricing methods rarely change prices, this study found that the more than 500 sellers who do use dynamic pricing would change their prices tens or even hundreds of times every day as they wrestled for the Buy Box. Those sellers were more likely to win the Buy Box and to earn revenue.

Dynamic pricing can facilitate more competition by accurately reflecting the market and lowering prices for consumers. American Airlines started using dynamic pricing in the 1980s to compete with budget carriers. “There’s no doubt consumers benefited from that,” says John Morgan, a professor at UC Berkeley’s Haas School of Business, who studies pricing in online markets. Those new, lower prices made air travel a possibility for many more people.

One study found that nonprofits like orchestras could use dynamic pricing to improve their revenue and also improve attendance. Prices may drop depending on the location of the seat, the program, or what night of the week the performance is scheduled, causing an increase in ticket sales.

The authors of the study found similar results in dynamic pricing at major league baseball games. If a team isn’t doing well, or is playing a less popular opponent, their research suggests that dropping prices can help the team by incentivizing fans to fill seats that would otherwise be vacant.

“Dynamic pricing, not gouging, is a natural way to go and should be more rule than exception,” said Peter Fader, a professor at the University of Pennsylvania Wharton School of Business, who was one of the authors of the studies.

One big worry about dynamic pricing is that it could be used for intentional collusion and price fixing or that it could accidentally lead to price fixing when vendors set their algorithms with similar goals. One study even found that artificial intelligence pricing systems learn how to collude and may even be better at doing so than humans.

Another problem is that algorithms can push against each other, especially in competitive marketplaces like Amazon. In the Northeastern study, researchers found that some sellers configure their algorithms to always set prices just slightly above the price of their competition. But if two algorithms are designed, each to set the price just above the other, that can spiral out of control. In one instance two competing algorithms drove the price of a science textbook up to $24 million.

That’s an extreme example and one that could easily be avoided by setting a price maximum in the algorithm. But even with price caps, dynamic pricing can force prices up. “This could very well be happening in ways that are not so obvious,” said Christo Wilson, a computer science professor at Northeastern who cowrote the 2016 study of dynamic pricing on Amazon. He gives the example of a bottle of Purell, now suddenly a hot commodity. “When the Purell is $20 instead of $10, are you sure that’s because there’s not enough stock? Or is that because everyone’s price algorithm is set to float up, and they all have just hit their ceiling?”

Amazon says it’s working hard on preventing price gouging and reports having removed nearly 4,000 accounts from the marketplace. “Sellers set their own product prices in our store and we have policies to help ensure sellers are pricing their products competitively,” an Amazon spokesperson told The Markup in an email. “We actively monitor our store and remove offers that violate our policies. We have implemented additional measures to keep prices low and our global teams are working 24/7 to monitor prices in our store.”

But the site is still seeing huge price increases. Amazon listed a case of Amy’s Organic Minestrone soup, for example, at its normal, pre-pandemic price of $38 on Tuesday, April 14. But by midday on Wednesday, Amazon was sold out, and the only remaining offer was from a third-party seller charging $60 for the case.

How can I make sure I’m paying a reasonable price?

Consumers themselves can use browser extensions like Camelcamelcamel and Keepa to track prices on Amazon and set limits that will alert them when the price falls to an acceptable level. But just like couponing, Wilson says, price-tracking apps favor consumers who have the time and the wherewithal to comparison shop and wait for a good deal—a strategy that’s not very practical when you’re staring at an empty pantry or using up that last roll of toilet paper.

This article was originally published on The Markup by Sara Harrison. You can read the original piece here.