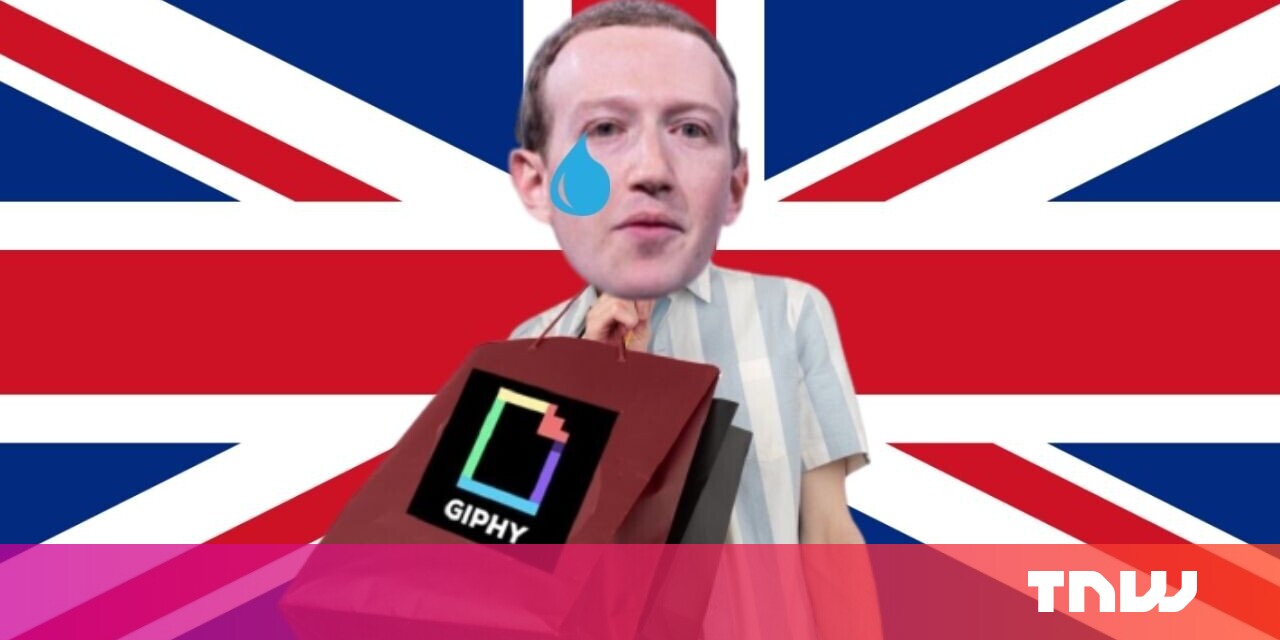 Meta, the corporate conqueror formerly known as Facebook, looks set to lose a chunk of its gargantuan empire.

According to the Financial Times, the UK’s competition regulator is expected to reverse the company’s acquisition of Giphy.

The move, which would be the first time that the Competition and Markets Authority (CMA) has reversed a big tech deal, could set a precedent for future action.

Announcing the deal in a blogpost, Vishal Shah, then-Facebook VP of Product, said the GIF-hosting platform would join the Instagram team:

Giphy makes everyday conversations more entertaining, and so we plan to further integrate their GIF library into Instagram and our other apps so that people can find just the right way to express themselves.

The announcement came amid growing concerns about Facebook’s power. While the purchase price was small compared to the $19 billion that Facebook paid for Instagram, the GIF site has an expansive presence. In 2019, Giphy founder Alex Chung said the platform was the second biggest search engine in the world.

A month after Facebook announced the deal, the CMA revealed that it had launched an investigation into the acquisition.

The regulator said it would scrutinize whether the deal would reduce competition in the company’s markets. The CMA also ordered Facebook to not integrate with Giphy while the probe was ongoing.

In August 2021, the CMA reported its initial findings.

The watchdog said the deal would cause “substantial lessening of competition (SLC) in social media and display advertising, harming social media users and businesses in the UK.”

The CMA argued that the deal would remove a display advertising competitor in the country. In addition, it said Facebook would gain an unfair advantage over other platforms that use Giphy, such as TikTok and Snapchat. Facebook has disputed the findings.

The CMA also suggested a solution:

We have set out our initial view that the only effective way to address the competition issues that we have identified is for Facebook to sell Giphy, in its entirety, to a suitable buyer.

In October, the CMA took further action. The regulator announced that it had fined Facebook $70 million for breaching an order imposed during the investigation.

The CMA now looks set to reverse the deal. The watchdog is expected to unwind the acquisition “in the coming days,” the Financial Times reports.

If the deal does get blocked, it would be a milestone moment in the conflict between big tech and antitrust regulators.