Why Ozark is Netflix’s most underrated series Ozark: Season 3 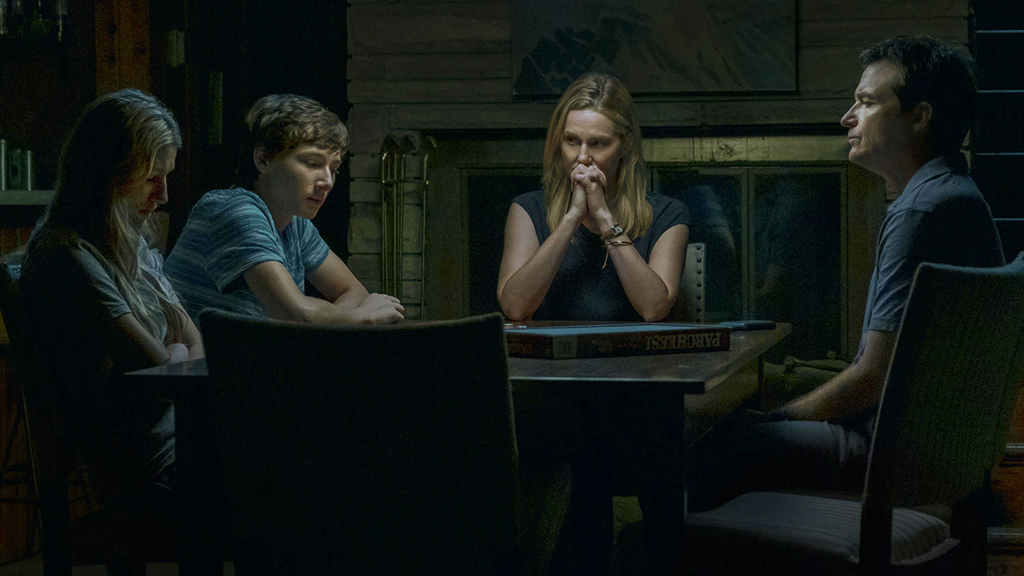 Netflix is home to a number of autocomplete shows. The ones that pop up beside the search bar as you’re typing – not because they share any letters with what you’re looking for, but because they might just do as a substitute.

Ozark was one such show, seemingly designed to appear whenever anyone got as far as writing ‘breaking b’. After Vince Gilligan’s New Mexico opus wrapped up, and before Better Call Saul hit its latter-day stride, Ozark filled a vacuum for serialized drug drama that balanced the death with the domestic.

Watching that first episode back, the thematic throughline is obvious. Marty Byrde, the protagonist Jason Bateman plays and directs, lives a “tragically subdued life” as a financial advisor in Chicago. In the opening scene, he monologues about money being a measure of a man’s choices; wealth a sign that a father has the conviction to provide security even when it means sacrificing time with his wife and a connection to his children.

Like Breaking Bad, this is a story about a man whose emasculation becomes unbearable – who has so little impact on his small life that he snaps. In both cases there’s an external force that acts as catalyst: in Walt’s case, a cancer diagnosis, in Marty’s, a cartel ultimatum. But pretty soon, both are running on their own testosterone, relishing the danger of their new roles. Where Walt weaponizes chemistry to build a meth empire, Marty uses his money-washing maths to make himself indispensible to the Navarro cartel. It’s a messed-up middle class fantasy – to imagine that desk job skills might enable a white collar worker to hold their own in an underground world dominated by muscle.

It’s also far too familiar. By 2017, television certainly didn’t need another meditation on masculinity. That first episode of Ozark perpetuated a pretty miserable worldview, crystalised by cartel enforcer Del: “With the cheating, whatever man you think you are is eaten away, day by day.” Cuckolding was a medieval fixation, played out by the time of Shakespeare; I don’t imagine viewers relished the prospect of it becoming the backbone of 21st century fiction too, when so many other stories remained untold.

Nonetheless, Ozark found an audience. Perhaps its prominent placement on Netflix had something to do with it, or its unflinching direction, or simply the novelty of watching a comedy performer like Bateman play a near-sociopath. But its longevity has been ensured by a reversal of the backwards ideology it first promoted.

The shift started when Ozark welcomed the whole Byrde family into the cartel business. That in itself was no innovation; Breaking Bad did the same, slowly granting Skylar White the agency and complexity she deserved, allowing her to discover that not only was she cut out for criminality, but that she liked it. Ozark, however, has gone further, enacting a gradual but firm switch in protagonist. The Byrdes haven’t needed a mathemetician to navigate the Ozarks; they’ve needed a diplomat, in the form of Laura Linney’s Wendy Byrde.

“Wendy found the combination of her North Carolina youth and her Chicago politics fused into a very useful combination in the Ozarks,” showrunner Chris Mundy told the Hollywood Reporter. “Every time she’s been put to the test, she’s come through, and I would consider season two Wendy’s ascension.”

This year’s season opened not with Bateman, but Linney, flicking through news stories detailing Cartel violence across the border in Mexico. It’s a scene that invites misinterpretation – an assumption that Wendy has lost her taste for blood; that her contribution to the series will be a crisis of conscience. In reality, she’s sizing up an opportunity – the Byrdes’ employer-cum-owner, Navarro, is on the losing side of a war, and Wendy is in a position to build a nest egg of laundered American money for his children.

“We saw a person from a small town who doesn’t mind fighting in the dirt,” Mundy said. “It’s something we understood better and better as we explored her evolution.”

It’s a role swap that puts Wendy in the driving seat, and makes Marty the resistant party. And Wendy makes a much more interesting, uncomfortable antihero. When she pushes the “legitimacy” she can offer Navarro’s business, it’s impossible to ignore what she means – her whiteness makes cartel money acceptable, to politicians, to law enforcement, and to America at large.

There’s a particular facial expression Wendy employs when appealing to her white mom acceptability: open-eyed, wide-smiled, the picture of surprise and innocence. She uses it when confronted by the FBI, and when in court to manipulate a judge into ending a neighbor’s custody of a child. Wendy has enormous ‘I wish to speak to the manager’ energy. In the internet parlance, she is a Karen – more than happy to take advantage of her privilege to get her way at the expense of others.

While emasculation does crop up as a theme in Season 3, it’s not treated with the solemn attentiveness it was back in the pilot. In fact, it’s a tool both Wendy and Marty use to influence a casino owner overruled by his wife. The man in question is painted as a fool – not because he’s taken a backseat in his marriage, but because his fragile masculinity is so easily manipulated by total strangers.

It’s a refreshing twist in the wake of Walter White’s crotch-grabbing caveman. While Breaking Bad ultimately condemned Walt’s pursuit of testosterone, there’s no need to retread it. In Linney’s Wendy, Ozark has found a star just as disturbing, and much more contemporary.

Ozark is streaming now on Netflix.