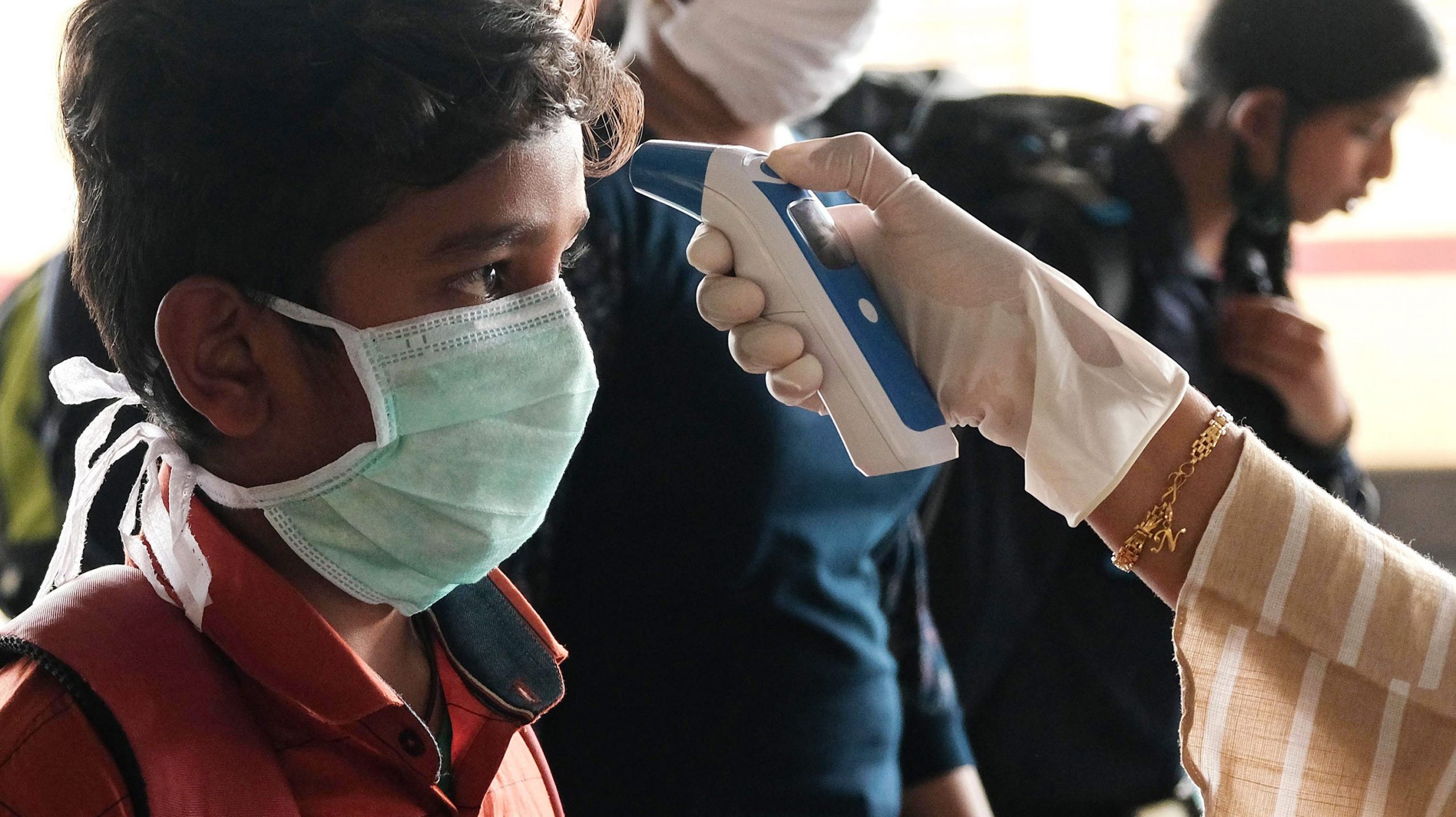 As parts of the U.S. begin to reopen and ease restrictions on physical movement, a major looming question is how to prevent new spikes in cases of covid-19. One commonly touted idea is to implement wide-scale temperature screenings at businesses and public places, as some companies like Amazon already are doing. But while such a plan might sound appealing, it’s likely to provide a false sense of security and could even increase the risk of transmission.

The underlying logic behind these screenings is easy enough to grasp. One of the most common and earliest symptoms of covid-19 is fever. So if you can identify someone with a higher-than-normal body temperature before they enter a busy public place or workspace, then you can keep everyone else safe from possible exposure.

But covid-19 and the coronavirus that causes it, called SARS-CoV-2, are complicated. Like many infections, people can spread this coronavirus before they start to feel sick or even if they never end up having symptoms at all. How often this happens is still being studied, but a substantial chunk of transmission in an outbreak is thought to come from presymptomatic and asymptomatic people—maybe even a majority of cases. So relying on temperature screening as the only line of defense against covid-19 is tantamount to fishing with a badly torn net.

Case in point: Missouri health officials reported this week that 412 employees and contract workers at a meat-processing factory in the state have tested positive for the virus. But all of those workers were also asymptomatic at the time. Undoubtedly, some of those workers, who have been advised to isolate and stay home for 10 days, will start to show symptoms, but the window of opportunity for further transmission would have remained open for days if the plant had only relied on temperature screenings.

That lesson hasn’t been absorbed by everyone, though. Also this week, the Associated Press reported that a Smithfield Foods pork-processing plant in South Dakota is opening its doors again following a massive outbreak of covid-19 that infected over 800 workers. But while the state has recommended testing for people about to enter the workforce again, it hasn’t mandated it, and Smithfield has also made it optional for its workers. Instead, people will be screened at tents prior to entering work, where they’ll have their temperature taken.

We also have evidence from earlier in the outbreak suggesting that these screenings simply aren’t very useful at preventing covid-19’s spread. When the disease was primarily localized in China at the beginning of the year, airports to and from the country began implementing temperature and symptom checks for travelers, often using fancy body-heat reading technology. But as we know now, covid-19 went across the globe regardless, with the earliest cases arriving in other countries long before these screenings were even put in place.

A study in late February, for instance, estimated that more than half of infected travelers would be missed by these screenings, even under the best circumstances, with most missed cases being “fundamentally undetectable, because they have not yet developed symptoms and are unaware they were exposed.”

It isn’t just the ineffectiveness of temperature screening that’s the problem here. While some companies have pledged to provide paid leave to workers who become sick with covid-19 or test positive, there are plenty of stories from people, often in the service industry, who claim that their diagnosis was used as an excuse to fire them. If fevers become the red line in deciding whether you can keep your job, then some people will feel incentivized to hide them by taking fever-reducing medication. There have already been accounts of outbreaks originating from people who didn’t appear outwardly sick because they took fever reducers before starting work.

Ideally, temperature screenings would be one small part of the plan to get businesses back up and running. More important priorities would be providing adequate protective equipment and ways to avoid close contact for employees; routine and widely available testing (and possibly antibody testing, if and when we can use them to determine immunity); and job security for those who contract the virus or who rightly don’t want to jeopardize their health for a paycheck. All of this would be preempted by successful efforts to actually reduce the spread of the virus in cities and states, as countries like South Korea and Australia have already accomplished.

But nothing about this country’s response to covid-19 has been ideal, and it’s more likely that these temperature screenings will be used as a false panacea by businesses and states eager to ignore the problem.