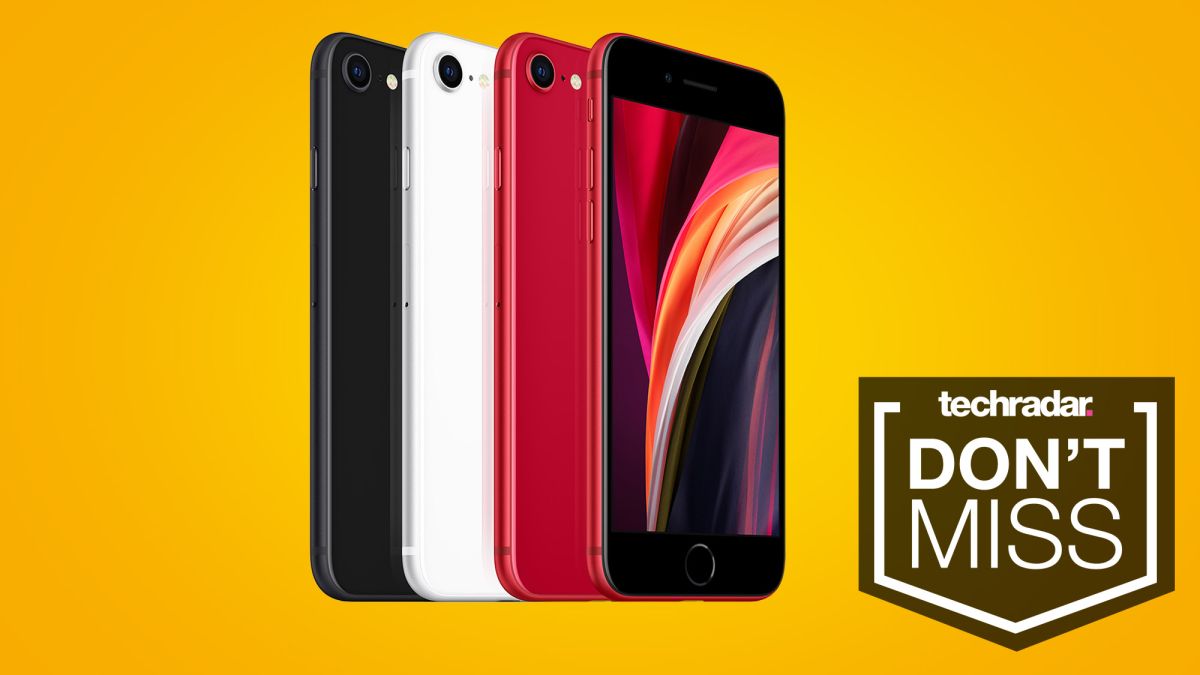 Yes, the iPhone 12 is now just months away, but let’s be honest…we all know it’s going to leave your wallet in a woeful state each month. For those looking for something much, much more affordable, there is an excellent iPhone SE deal that’s just launched with a far more comforting price.

Coming from the retailer Chitter Chatter, you can currently grab yourself an iPhone SE with a very tempting 100GB of data. All you have to pay to get it is £26 a month. On top of that, Chitter Chatter guarantees the device for its lifetime, covering all manufacturer faults.

That makes this one of the best value iPhone SE deals we’ve seen so far, undercutting any other plan with a similar data cap. And if you’re worried about exceeding 100GB…we’re pretty sure you’ll be fine.

That’s enough data to watch every single Marvel film in SD, download 10,000 songs and then still be able to use social media and browse the internet all month. Interested? You can find out more about this deal below.

iPhone SE deals: get loads of data and cheap bills

iPhone SE: at Chitter Chatter | Three | 24 months | FREE upfront | 100GB data | Unlimited calls and texts | £26 per month
The iPhone SE really hasn’t been out too long and yet retailers are already pulling out some exceptional offers. This deal from retailer ChitterChatter provides an amazing 100GB of data with absolutely no upfront costs and just £26 a month. On top of that, your device is guaranteed for its lifetime from any manufacturer faults.View Deal

Finally, a cheap iPhone. It’s been years since Apple offered us a budget handset, but the SE 2020 is clearly that. It comes at almost half the price of the iPhone 11 while offering some solid 2020 specs.

4K video, Apple’s A13 Bionic processor, wireless charging, increased battery size and an IP67 rating feature are among the more impressive features of this device. To lower the price, however, Apple has gone back to the design of the iPhone 8, brought the number of camera lenses down to just one and dropped the screen quality.

Overall, this falls in place as the best budget device Apple has right now, coming way under its more recent devices in price while still offering some impressive specs to outdo the iPhone 8, 7, and other such devices.

Who is Chitter Chatter and are they a good retailer?

While it doesn’t quite have the name recognition of Carphone Warehouse or networks like EE, Chitter Chatter is one of the many 3rd party retailers making waves in the world of phone contracts.

With a high TrustPilot score, a number of awards and 25 years of experience, ChitterChatter is trustworthy.

They offer a number of interesting benefits including free delivery, a mobile lifetime guarantee and free screen protectors and cases with a number of phones.

to/from US, Mexico and Canada

Users may notice reduced speeds when network is congested

to/from the US, Mexico and Canada

Users may notice reduced speeds when network is congested