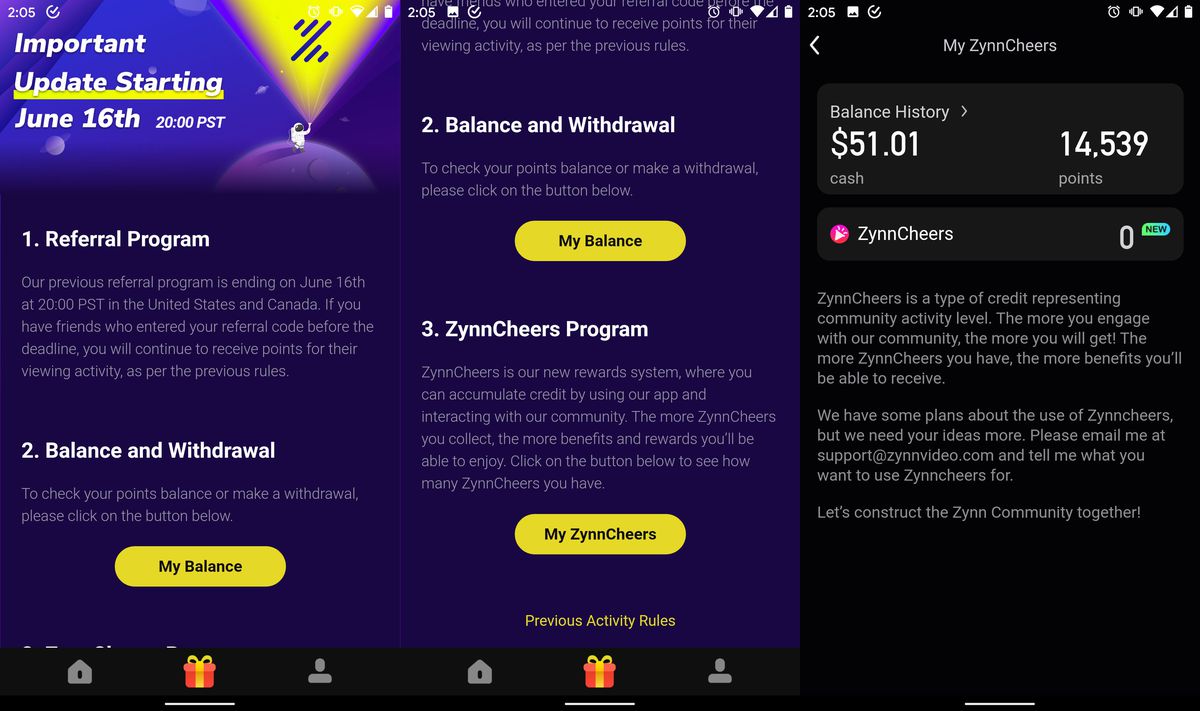 Zynn is no longer paying users to watch videos and refer friends to the app, a practice that quickly rocketed the TikTok clone to the top of both Apple and Google’s app stores.

The payment feature is being replaced with a new rewards system called Zynncheers. Zynncheers still gives users points for watching videos (now in addition to commenting on and liking videos). The big distinction is that there are currently no rewards being offered in exchange for the points — not money or anything else.

In the app, Zynn says users will get “benefits and rewards” for collecting Zynncheers, but it doesn’t say what those will be. “We have some plans about the use of Zynncheers, but we need your ideas [sic] more,” the company writes. The Verge has reached out to Zynn for comment.

Zynn still seems to be interested in maintaining something akin to the model that helped it to grow so quickly — offering users rewards for using the app. But it appears that Zynn is considering doing something different with the new system, which does not currently mention the possibility of users receiving cash or gift cards. The Information previously reported that Zynn’s creator, Kuaishou, used the pay-to-watch model to become a formidable TikTok rival in China.

The app launched in May. By the end of the month, Zynn had surpassed TikTok on Apple’s App Store chart, which reflects new installs, and neared the top of Google’s Play Store, too. Google removed the app last week due to allegations that users had been stealing content, Zynn said. Apple removed the app earlier this week.

That means the only people who can even get Zynncheers right now are people who installed the app on iOS or Android before it was removed from the two app stores (or who otherwise find ways to install the app on their phones).

Zynn has cited video plagiarism as the reason for its removal from the app stores, so it’s not clear whether its controversial pay-to-watch model played a role. But the feature’s removal at this point suggests that it could have been an issue for one or both platforms — other social media apps have copyright infringement issues, too, but still remain in the store.

There’s really no reason to use Zynn over TikTok aside from its cash rewards. It is beat for beat the same app but with a much smaller number of users making new videos. On the Zynn subreddit, users are already posting in frustration about the new system. “This app is complete shit now,” one person wrote. Another thread added, “This update sucks ass.”