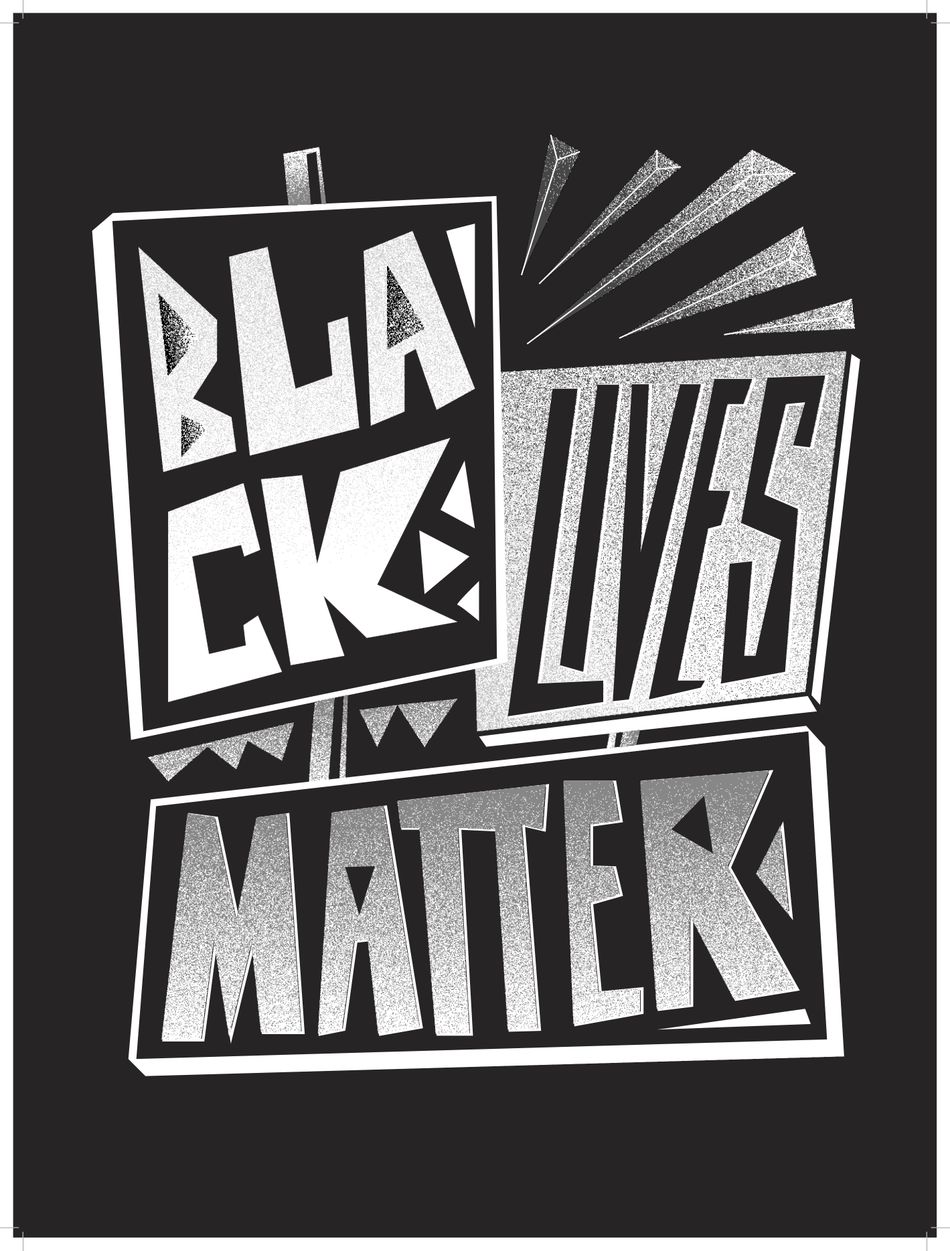 With the fight for racial justice renewed following the police killings of Breonna Taylor, George Floyd, and many other Black people at the hands of officers, showing support for the Black Lives Matter movement and demanding systemic change can be done in many ways.

Whether you’re demanding justice at a protest, donating to end police brutality, or furthering your education through books and films, there are plenty of ways to be an effective ally online, at protests, and moving forward.

You can also support and amplify the work of Black artists, like a new project from Bulgarian nonprofit group Fine Acts, which brings together activists and creatives for social good campaigns. The group’s latest project invited 12 Black artists and typographers to create a collection of 24 posters — “one for each hour of the day with systemic anti-Black racism,” according to the organisation — ready to be used in support of the Black Lives Matter movement.

They’re all free to print under a creative commons license, if you have a printer at home, and either take to a protest or local demonstration or pop in your window, or you could share them on social media with credit if you don’t — it’s courteous to tag the artist and Fine Acts. If you want to donate, Fine Acts suggests one of the fundraisers listed in this document.

“We live in an era where police officers can kill innocent civilians, walk away and still get paid. The system is broken and the bloated budgets need to be re-evaluated,” said Atlanta-based artist Gia Graham in a press statement.

“Whether it be for the lives of Black transgendered people being murdered, for Black lives being murdered by police, or for Black people being constantly oppressed by systemic racism, there’s a lot of causes worth fighting for right now,” added Memphis-based artist Eso Tolson. “I wanted to make a piece that resonated enough contextually for each cause, but general enough to communicate the overall mandate: this has to stop.”

Here are 12 of the posters, though all 24 are here if you want more: