150,000 handpainted hearts on memorial wall represent each life lost to COVID in the UK 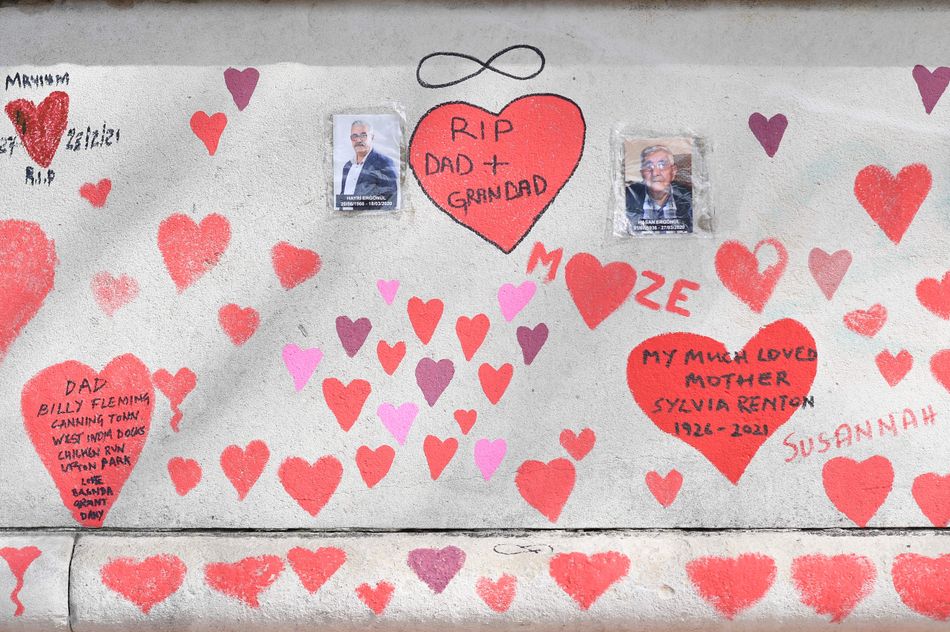 150,000 hand-painted red and pink hearts line a wall beside the River Thames in London, with each heart representing a person lost to COVID-19 in the UK.

The National COVID Memorial Wall sits on the embankment on the south side of the River Thames in London, stretching nearly 500 metres between Westminster and Lambeth bridges. The hearts have been handpainted by volunteers.

Statistics vary on the number of people who’ve died from COVID-19 in the UK. The Office for National Statistics figures at the end of March showed that more than 150,000 people had died from COVID-19. But at the time of publishing, the government’s official death toll stood at 149,968 people.

The memorial is situated opposite the Houses of Parliament, but at the time of publishing, it had not yet been visited by the Prime Minister Boris Johnson. Labour leader Keir Starmer has visited the wall, as has Mayor of London Sadiq Khan.

Khan told reporters that the wall was a “poignant” sight to behold. “I think only when you come here do you fully appreciate just the numbers of people who have lost their lives but also the impact it’s had on grieving families,” he said, adding that he believed it was important that there be a “permanent memorial recognising the loss of life.”

“I think it’s right and appropriate that this memorial is opposite Parliament, there are big questions that need to be answered by the Government but also it’s a reminder to Parliamentarians about their responsibility to make sure lessons are learned,” Khan added.

The organisers hope people will spend 10 minutes “walking the wall” and remembering the number of lives lost.

Hearts will continue to be added to the wall as more lives are lost in the ongoing pandemic.