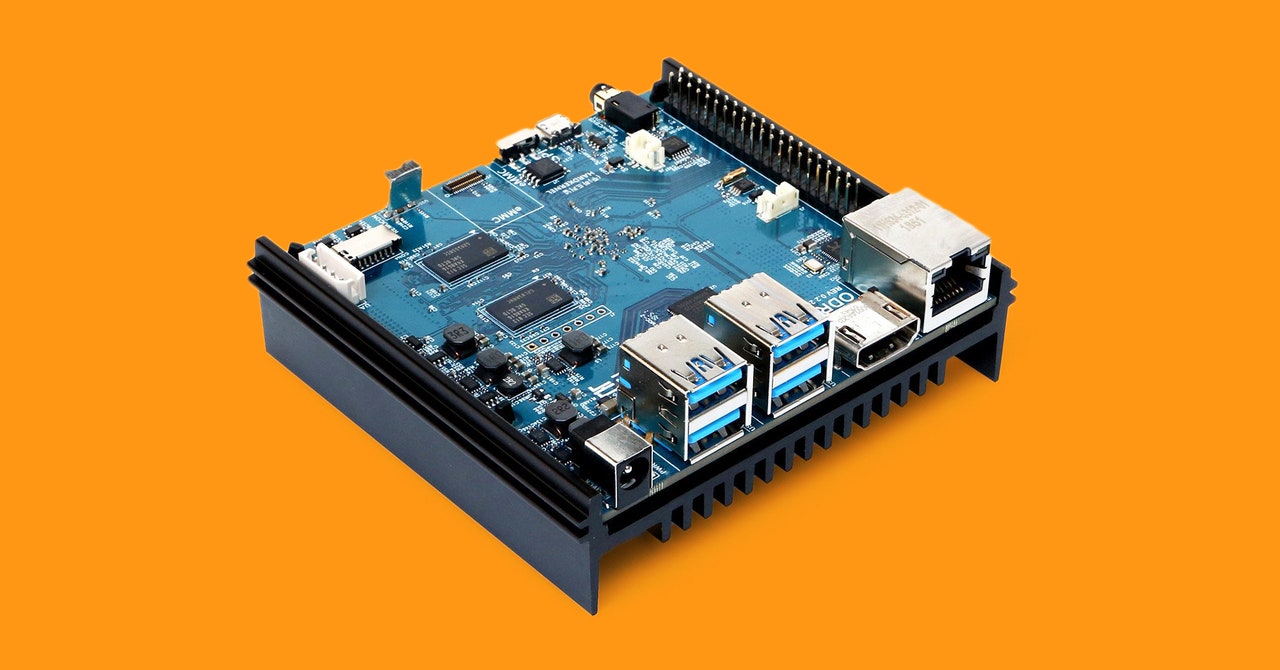 What would you get if you chopped off the screen of your laptop and threw the keyboard in the trash? You’d get something close to the Latte Panda Alpha. It’s a low-end Windows 10 PC on a single card: an Intel 7th-generation Core m3 processor, 8 GB of RAM, 64 GB of flash memory, two M2 slots, Wi-Fi, Gigabit Ethernet, USB 3, and as many inputs and outputs as you are ever likely to need. There’s also an Arduino-compatible coprocessor for low-power applications. That’s all housed in a board not much bigger than a pack of cards. Just plug in a 5V power source and you’ve got a full-fledged Windows PC.

The downsides? Windows, and the price. Microsoft’s operating system sucks up a lot of the processing power, sometimes leaving not that much for the apps. You can install Ubuntu Linux on it instead, which runs a bit leaner. Either way, it ain’t cheap: At $449 for the base model with Windows 10 and $409 for Ubuntu, this is the most expensive of our SBC picks by a wide margin. But if you want to run Windows apps, it’s a great, compact PC.