5 things PS5 must improve over the PS4 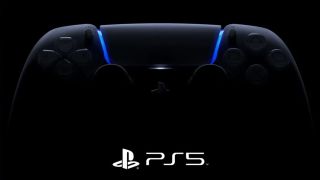 The PS4 has been a runaway success for Sony ever since it launched in 2013. With over 102 million units sold to date, the PlayStation 4 will be remembered as one of the most popular video game consoles of all time – and rightly so.

Nevertheless, there’s always room for improvement, and Sony needs to ensure that some of the foibles of its predecessor are not repeated for PS5. The early signs point to the Xbox Series X providing stiffer competition this time around, too, so anything Sony can do to strengthen the PS5’s appeal in the eyes of consumers can only help its chances of success.

So what does Sony need to change? Here are five things PS5 must improve over the PS4 if PlayStation wants to keep its crown as the king of consoles.

1. The build quality and battery life of the controller

The PS4 controller has been dogged with two prevalent problems: susceptible build quality and a pitiful battery life. When the DualShock 4 first released, players lamented a multitude of issues that affected the controller – from sticking L1 and R1 buttons, snapping trigger buttons, or the analog sticks’ rubber-coating wearing away. The latter problem was only resolved a few years later, when Sony finally decided to switch to a more durable material.

The meager battery life has also been a point of contention with the DualShock 4. With an average 4-7 hours of charge, due in part to the controller’s criminally-underused touchpad and always-on lightbar, it simply doesn’t last long enough for the majority of gamers. Compare the DualShock 4 to the Nintendo Switch Pro controller, which lasts up to approximately 40 hours, and it’s hard to make excuses for Sony’s battery-sapping pad.

The DualSense controller simply has to do better, then. But with so much technology and fancy features packed into it, Sony might struggle to get the balance right once again.

2. The noise levels of the console

Commonly compared to a jet engine during takeoff, the PlayStation 4 has been routinely mocked for its poor acoustics. The launch models of both the PS4 and PS4 Pro were notoriously loud, and games such as God of War and Horizon: Zero Dawn could send the PS4’s fans into overdrive.

When stacked up against its whisper-quiet rival, the Xbox One, it’s hard not to feel shortchanged by Sony’s machine. The PS5 needs to be much quieter, then, and with the next-generation consoles pushing out a serious amount of power, keeping thermals and noise levels in check will be a significant technical challenge.

3. Cross play and cross save support

When cross play was first announced for Fortnite, Sony was less than forthcoming about if or when its console would support it. Eventually, after some hollow reasoning and increasing pressure from players, the company reluctantly changed its stance on cross play support.

Sony is still way behind the likes of Microsoft when it comes to supporting cross play and cross save support, however, and even Nintendo have done a better job of letting gamers play together. Remember #4ThePlayers, Sony?

After both the PS4 and Xbox One launched with no backwards-compatibility support, Microsoft shocked the gaming community when it revealed that it was bringing back hundreds of Xbox 360 and original Xbox titles for its current-gen console. Not only that, but Microsoft continued to improve on its backwards-compatibility program with the Xbox One X release, which let older games benefit from the console’s increased power. For Xbox Series X, the situation sounds like it will only improve further, with retroactive HDR support and the ability for some games to run at higher resolutions and framerates.

Sony, on the other hand, has previously only offered older games through its much-maligned cloud-streaming platform, PlayStation Now, or through the PS Store as a select number of digital downloads. As a result, not only have gamers been forced to pay for games they likely already own, but they’ve also had a worse experience in the process due to the frustrating nature of cloud gaming.

Sony has promised that the PS5 will be backwards-compatible, but at this stage, we’re still none the wiser as to how comprehensive that support will be, and whether previous PlayStation generations will even be supported. With such a rich history of games to tap into, it would be a huge missed opportunity if Sony overlooked the importance of backwards-compatibility support.

Speaking of PlayStation Now, there’s no denying that in its current state, it’s largely been overlooked by the PS4’s install base. The streaming platform has had problems with pricing, an average library of games and stern competition from Microsoft’s subscription service, Xbox Game Pass, to deal with, and just hasn’t taken off.

PS Now made a positive change in recent months, though, by allowing PlayStation fans to download titles, much like you can with Xbox Game Pass. But the games the service gets don’t tend to stick around for as long, and tend to be many years old.

The streaming side of the service is also still too unreliable, and the quality isn’t quite there. With Microsoft’s Project XCloud already confirmed to be part of Xbox Game Pass, and generally being well-received despite only being in beta, Sony might find itself suddenly behind the pack, despite having a years-long headstart.