6 new TV shows on Netflix, Hulu and other streaming services this weekend 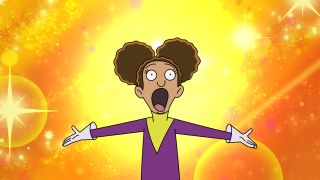 Netflix has debuted one of its biggest new shows of the year in Space Force, an armed forces-based sitcom starring Steve Carell that features an array of supporting comedic talent. Our verdict? Well, it isn’t that good, sadly, but it’s breezy weekend viewing that still offers a few laughs.

That’s not all that’s streaming this weekend. Below, we’ve captured highlights available on Hulu, Apple TV Plus and other streaming services over the next few days, including the return of a cult favorite Marvel TV show, a compelling dramatization of a quiz show scandal, and the latest Apple TV Plus original series. We’ll explain how to watch each show in the US and UK, too.

Whatever you watch this weekend, happy streaming.

At the time of writing, we’ve seen seven episodes of Netflix’s Space Force and honestly found the series came in below our expectations. The show is disappointingly light on laughs despite having an amazing comedy cast (Steve Carell, Lisa Kudrow, Ben Schwartz, John Malkovich), and it feels like the big concept of the show – that it’s about the president’s ‘Space Force’ initiative – gets in the way of it being an effective workplace comedy. Still, it’s well worth checking out yourself, since it’s very easy to watch and Carell is always entertaining. We just get the sense it could’ve been much funnier.

Now streaming on Netflix. Here’s how to watch Space Force.

Apple TV Plus debuts its latest big original: an animated musical comedy series from the creator of Bob’s Burgers, Loren Bouchard, along with Josh Gad and Nora Smith (also of Bob’s Burgers). Central Park is about the Tillermans, who live in and look after the titular New York location, and have to fend off a wealthy heiress who wants to turn the verdant public space into housing.

You’ll absolutely recognize Bob’s Burgers’ animated style in what you see above, which fans will no doubt enjoy. The voice cast includes Kristen Bell and Tituss Burgess, ensuring there’s some serious star power behind Apple’s first animated adult comedy. New episodes of Central Park will be released every Friday, but you’ve got two you can stream now.

Now streaming on Apple TV Plus

If you’re done marathoning the Marvel movies, Agents of Shield is the new only live-action Marvel content you can have right now, after the MCU went on hold over the current global pandemic. In the seventh and final season of the show, which features an ensemble cast led by The Avengers’ Clark Gregg, the team goes back to the ’30s to trace the earliest days of Shield and its relationship with Hydra.

Episode one of the final season is now streaming, and new episodes will be available every Thursday after they air on ABC. Luckily, unlike a lot of shows right now, Agents of Shield finished production all the way back in July 2019, so you won’t have to wait for a proper conclusion. In the UK, E4 is supposed to air Agents of Shield season 7, but no date has been set for it yet.

Now streaming on Hulu. Here’s how to watch Agents of Shield season 7 online.

This three-part drama about 2001 UK Who Wants to be a Millionaire? winner Charles Ingram and his wife Diana starts on AMC this weekend, having aired to record ratings in Britain back in April. Ingram was ultimately convicted of cheating, and lost out on the prize money. This dramatization is well worth checking out, especially with Michael Sheen playing quiz host Chris Tarrant and Succession’s Matthew Macfadyen playing Ingram himself. Even if you lack the context for the UK version of the show, it’s entertaining.

The whole affair was a fascinating scandal that seemed really important at the time, but in retrospect the whole thing was simply tabloid fodder about a quiz show that more than outstayed its welcome on British TV. All three episodes will be available to binge watch starting on 31 May.

Available to stream on AMC Premiere from 31 May

Let comedy writer and host Phil Rosenthal remind you of a time when you could eat food outside of your home in the latest season of his Netflix food series. In this new season, comprised of five episodes, Rosenthal embarks on culinary-related adventures to Marrakesh and London, among other places. Easy viewing if you love Netflix food shows.

Acclaimed Hulu original Ramy returns for a second season. Comedian Ramy Youssef won the Golden Globe for best comedy actor this year, so if you haven’t checked out his self-titled show, now might be a good time.

In Ramy, Egyptian-American Muslim Ramy Hassan (Youssef) lives in New Jersey, living between his religious and Millennial communities and their contrasting beliefs. In this second season, Ramy dives deeper into his faith, and Oscar winner Mahershala Ali (Moonlight) makes a guest appearance, which is a heck of a get. All episodes of season 2 are streaming now. Watch it with a free 7-Day Hulu trial.

In the UK, Starz has the rights to Ramy, and you can stream season 1 via the Starz channel right now. No word on season 2 yet, though.