97,000 People Got Convalescent Plasma. Who Knows If It Works? 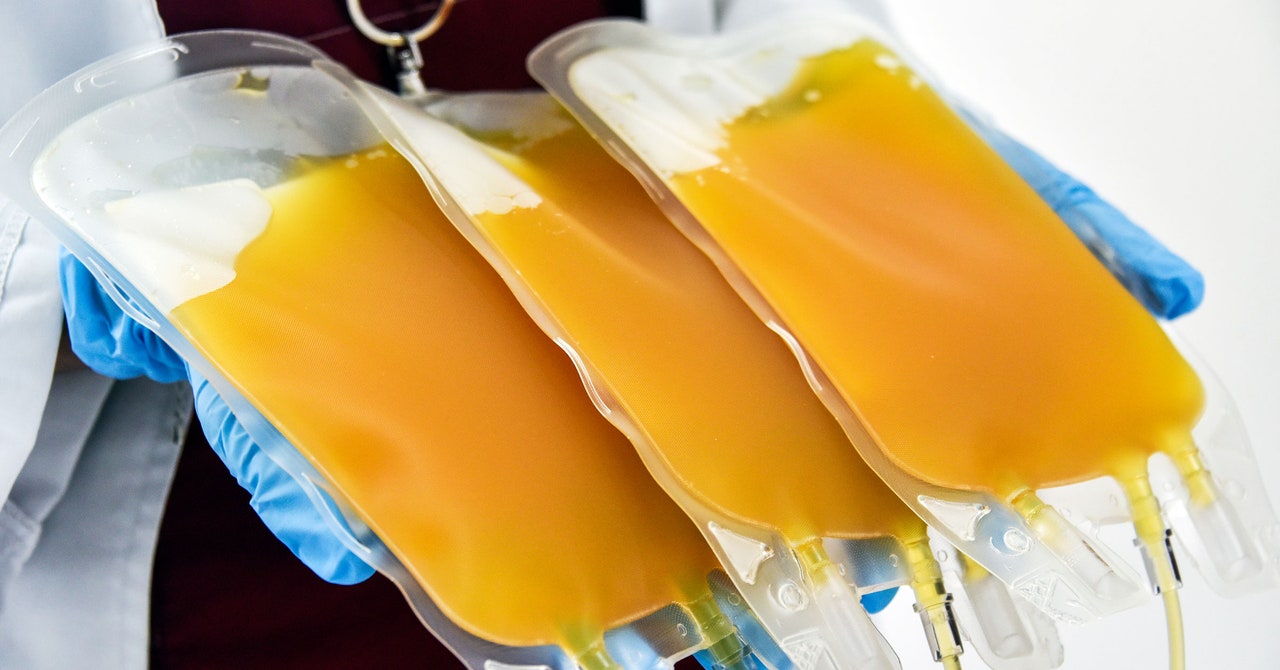 On Wednesday, The New York Times reported that in light of the overall lack of efficacy data, the FDA would not issue an Emergency Use Authorization to allow anyone with Covid-19 to be treated with convalescent plasma, even beyond the Mayo-led program. (In an emailed statement, Anand Shah, deputy commissioner for medical and scientific affairs at the FDA, wrote: “Per policy, we are not able to comment on whether or not we will take any action regarding emergency use authorization for convalescent plasma and will render a decision at the appropriate time.”)

What looked at the beginning of the pandemic like a rare bright spot—that a classic treatment used in pandemics for the past century might prove effective in this one, too, and provide a relatively simple stopgap before monoclonal antibodies and vaccines—now looks dimmer. It’s not that it doesn’t work. It’s worse than that: Because of failures in the system of how science gets done, nobody knows.

This isn’t how things were supposed to happen. Earlier this year, when I spoke to Joyner, he told me about the three trials they hoped to run. Back in March, Joyner saw work validating plasma’s use as a bridge to more specific therapies—hyperimmune globulin, monoclonal antibodies that attack a carefully chosen part of the virus, and eventually vaccines that build a bodywide response, ideally a permanent one.

It made sense. Plasma has been used for decades. Health care workers tried it against MERS, against the first SARS, against Ebola. More recently, a small randomized clinical trial of plasma on Covid-19 in China published in JAMA in June—just 103 patients—stopped early but showed indications of improvement. Another small RCT in the Netherlands, published in July as a preprint, didn’t show any efficacy of plasma, but it hinted that timing the dose was the key.

Mayo spokespeople declined to make Joyner available for an interview this week, but he has said on Twitter that funding sources turned his group’s trials down, that they were more interested in pursuing hyperimmune globulin, a more specific type of blood-derived immunotherapy. Another researcher, who was involved in the construction of the expanded-access program, likewise tells me that they met resistance to their efforts to run randomized trials from the start. “We drew up these trials, and we approached multiple federal agencies and private funders to immediately get these trials going, and we actually didn’t have a lot of luck with that,” says Jeffrey Henderson, a physician and infectious disease researcher at Washington University St. Louis. “We had all these trials in the hopper. We were ready to ride the first wave. We figured, we’re not going to have enough to give to anybody anyway, let’s run trials. We just could not get traction. The studies we’re coming out with now are not the studies we wanted to do. It’s people making the best of the situation.”

I asked representatives of the National Institutes of Health whether they discussed the studies Joyner proposed, but they haven’t responded. Henderson told me that the Mayo-led consortium approached the Gates Foundation, a major funder of medical research, and were similarly rebuffed. A Gates Foundation spokesperson says the foundation never received a formal proposal of any kind from Joyner’s group—and that the foundation is more focused on funding research into hyperimmune globulin. It doesn’t require a relatively complex infusion, as plasma does, it’s more shelf-stable, and might be more targeted as a treatment.

The expanded-access program might have been, in one sense, a victim of its own success. Its planners initially expected to reach perhaps 300 hospitals. They instead ended up with a network of more than 2,700, with 14,000 physicians. The team expected to get 5,000 patients signed up, a mark they passed within a few weeks. The vast majority were at hospitals that had no infrastructure or experience with clinical trials, and wouldn’t be expected to run them. At the beginning, the FDA expected a smaller-scale expanded-access program that would be one of three ways people would get convalescent plasma. The other two would be either through an emergency Investigational New Drug (or IND) license that the agency also approved (which would let physicians prescribe plasma they got from other sources), and randomized clinical trials. Patients would get the help they desperately needed, and the proof would come alongside soon after.