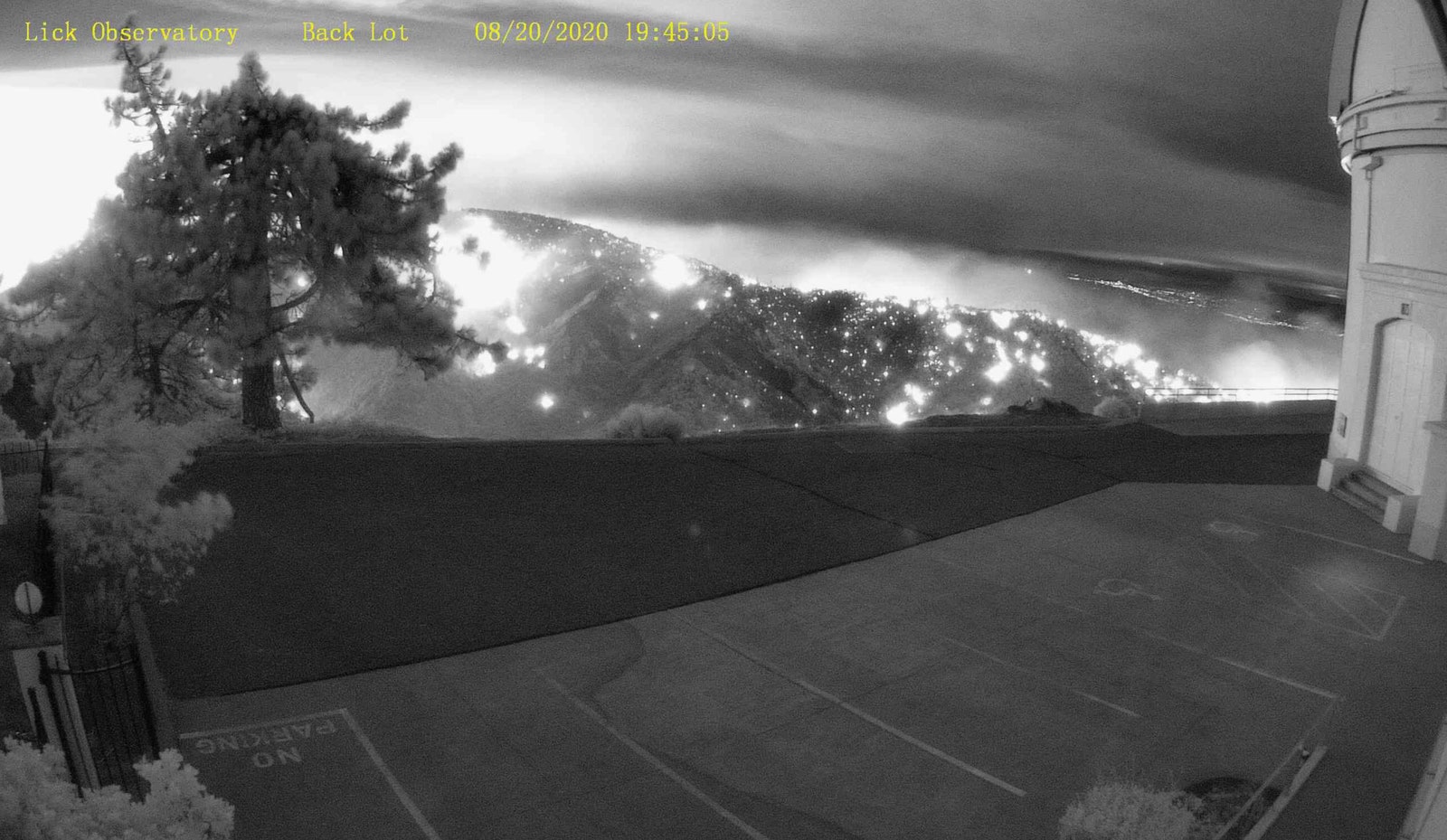 (WIRED reached out to Cal Fire, but they were not able to provide comment before press time due to California’s ongoing wildfires.)

Crews are still monitoring the area around the observatory, given that this group of wildfires, known as the SCU Lightning Complex, continues to blacken the region. As of August 26, the complex is only 25 percent contained, and has so far chewed through 365,000 acres, or 570 square miles. But it appears the biggest threat to the historic Lick Observatory has passed.

Founded in 1888 by real estate mogul James Lick, then California’s richest rich person, Lick was the world’s first mountaintop observatory. “If you go to Paris, the observatory’s in the middle of Paris. If you go to Bologna, the observatory’s in the middle of Bologna,” says Claire Max, director of the University of California Observatories, which runs Lick. “And so this was the first observatory that really took advantage of being at a high site, where there’s both less pollution and less light pollution, and clearer air.”

You might be thinking, “Well, wait a minute. That was 130 years ago—now the observatory is plopped right above one of the most densely populated areas of the US!” How could Lick compete with the likes of the Hubble Space Telescope, which orbits far above both light pollution and smog? And it’s true that earthbound telescopes have some disadvantages. “For telescopes on the ground, light traveled through literally billions of light years of undisturbed space, and then in the last hundred kilometers, it gets blurred out by turbulence in the air,” says Max.

The solution is lasers. Lick’s Shane telescope wields an adaptive optics system, which fires a beam into the atmosphere. “Adaptive optics measures the turbulence hundreds or thousands of times a second, and then changes the shape of a special mirror, called the deformable mirror, to take away the blurring,” says Max.

The Shane telescope also has a larger mirror than Hubble: 3 meters compared to 2.4 meters. So if there happens to be a bright enough star nearby your viewing target, Max says, “you can get the same kind of spatial resolution that Hubble gets, because our telescope is more or less the same size, and we’re taking away the blurring of the atmosphere with adaptive optics.”

Not only can the Lick Observatory get astronomers great images—even with all the light pollution and disturbance of the atmosphere above—it’s also more accessible for researchers. “It’s a cutthroat competition to get observing time on Hubble,” Max says. “I don’t know what the fraction of success is, but it’s very low. And then if you do get success, you don’t get very much time to do your observations, because everybody else is chomping at the bit.”