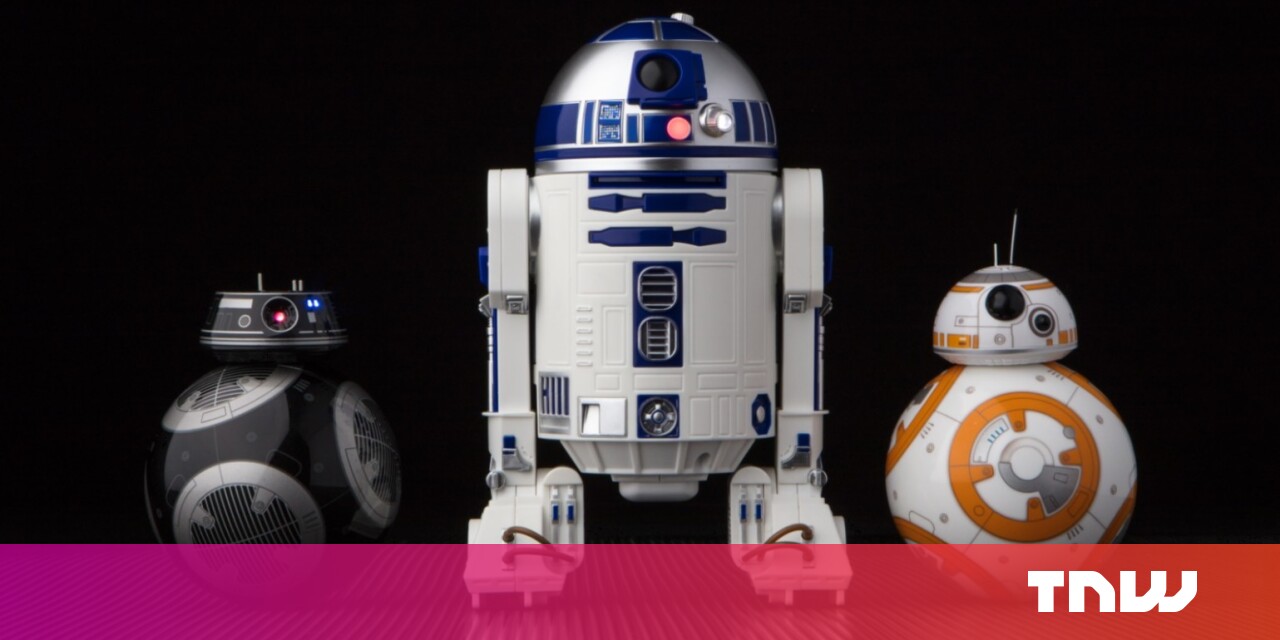 Spoiler Alert! This article has spoilers for just about the entire Star Wars universe. Read at your own risk!

When it comes to fictional portrayals of artificial intelligence technology, the Star Trek universe stands head and shoulders above all others. Series creator Gene Rodenberry’s vision for the far future seems just as prescient today, in the era of advanced deep learning, as it did in the 1960s when he unveiled it. Unfortunately, this article is about the AI in Star Wars.

Read: Star Wars: Battlefront multiplayer returns for May the 4th

You know, Star Wars, the media franchise where an evil military empire hellbent on taking over the galaxy deploys – aboard its Death Stars, no less — tiny utility robots that squeal in fear when they see a big furry monster:

Before I go off the rails, I should point out that I’m a light saber-wielding Star Wars fanatic. I don’t have a problem with the droids themselves or any specific AI tech in the Star Wars universe. My beef is with the lazy, inconsistent way it’s been represented.

The aforementioned droid from the video above is a MSE-6 made by the fictional Rebexan Columni and I actually reviewed the Earth equivalent. It was called the Anki Vector and it was adorable:

Vector had built-in Alexa support, it could take your picture, and it even had the ability to explore autonomously. It was like a little robot hamster. It even “cooed” when you stroked its back. It was also expensive and useless. Compared to a phone or smart speaker, its connected features functioned poorly. The only thing it did well was look cute. And that’s because Anki brought in Pixar engineers to design its expressions. Anki is no longer in business.

I bring this up because Rebexan Columni also went out of business in the fictional Star Wars universe. Instead of designing the MSE-6 to be useful, it tried to make it like a friendly pet. Apparently the company execs figured the marketing team would win consumers over. When it tanked and the company went bankrupt, they offloaded all they could to the Empire.

But you probably didn’t know any of this. I’m a super-fan and even I had to look it all up (shout out to Wookieepedia). I’ve spent my entire life thinking the Empire was stupid enough to create their own low-IQ utility droids with AI “personalities.”

However, much like that time when Han Solo shot Greedo but then George Lucas decided later that Han Solo wouldn’t do that because he’s really a decent guy deep down inside so he edited the movie 20 years after it’d been released to make it look like Greedo shot first, the MSE-6 backstory was probably retconned into existence to explain a storytelling goof up.

Because, quite obviously, there are some incredibly advanced artificial intelligence systems in Star Wars. Those Imperial officers aren’t coming up with thousands of firing solutions on their own during the giant battle at the end of Episode 9, and don’t even get me started on how incredible the AI factoring warp jumps for all these ships must be. I’m assuming it takes quantum computers to pull off those algorithms.

And that brings us to the other droids. From the dumb-as-rocks B1 battle droids – which are intentionally stupid so they make good soldiers – to fan favorites R2D2, C3PO, and BB-8. Droid lore tells us that, by-and-large, droid intelligence is memory-based. Apparently droids typically begin their lives as subservient robots that, as they learn and gain experience, eventually become sentient creatures with emotions, goals, and, as the French would say, a raison de vivre.

This, apparently, is typically considered a bad thing. So standard practice is to wipe your droid‘s memory ever so often. Can you imagine? Every two or three months you have to delete all your Google contacts or Spotify playlists just because your email’s getting uppity? That’s a crime against both form and function.

But then there’s the Auto-fighters. These are full-on autonomous TIE fighters capable of combat targeting and maneuvers. It’s one thing to teach a car or airplane to drive itself or a droid to navigate, but dogfighting in both space and atmosphere are an altogether different thing. Of all the AI in Star Trek, whichever one controlling the Auto-fighters is among the most impressive.

I have to wonder if Auto-fighers eventually gain memories and need to wiped as well. Do Auto-fighers ever metaphorically lay down their lasers and go rogue by drifting off into space to spend the rest of their existence observing the beauty of the cosmos in quiet, penitent reflection?

That’s the problem with AI in Star Wars. You just never know what’s what. Despite the fact that the denizens of the George Lucas’ universe share space with what appears to be hundreds or thousands of different species of sentient, intelligent aliens, it still seems as though the general design factor for robots centers around companionship.

Ultimately, when it comes to AI, the Star Wars universe is a cruel one. We know its technologists are capable of creating and running rational, non-sentient AI models. Yet for some reason they’re stuck in a paradigm where the living must wipe their robot companions’ memories, their very records of friendships, ever so often just for routine maintenance.

While you’re celebrating this May The Fourth, don’t forget to pour out a little Gamorrean Ale for all the billions of droids who reached the pinnacle of self-awareness only to have their minds’ wiped because they started acting erratically.

Read next: Google Duo calls may soon work without a phone number