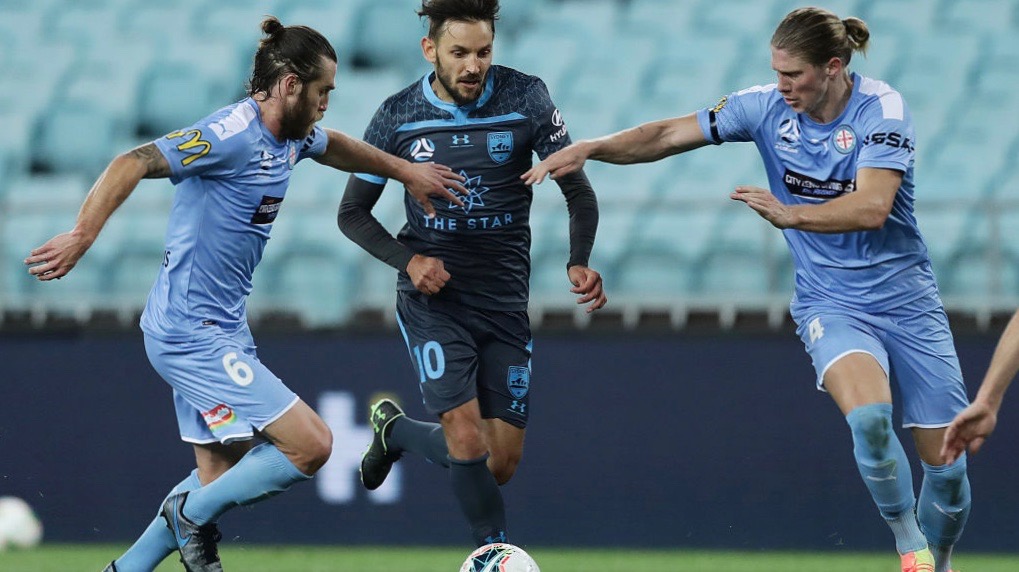 It’s down to Sydney FC and Melbourne City in the season decider, with the A-League grand final set to kick off this Sunday, August 30 at 6:30pm AEST. Here, we’ll let you know how to watch the final live.

After a shaky restart to the season, current champions Sydney FC were back in form when they knocked Perth Glory out of finals contention with a 2-0 win in the semi-final.

That victory means the Sydney side are now chasing down their fifth championship – if they can pull it off, they’ll be the first club to do so.

It’s game day! This Sunday’s Sydney FC vs Melbourne City clash takes place at Western Sydney Stadium in Sydney, Australia and the match is set to kick off at 6:30pm AEST (local time). Australians can watch Sydney FC vs Melbourne City live on Kayo Sports, or on Foxtel’s Fox Sports. A delayed free-to-air broadcast will show on ABCME at 8:25pm AEST (local time).

Game day is finally here – the A-League grand final is set to kick off today at 6:30pm AEST (Sunday, August 30). We’ll soon see Sydney FC make another play for the championship, as they face-off against Melbourne City in what could be their first title.

Sunday night’s match will mark City’s first showing in an A-League grand final, but it’ll be a battle hard-won with a far more finals-experienced Sydney FC.

Melbourne City quashed Western United’s hopes of finals glory, putting an end to the team’s debut season with a 2-0 finish in their semi-final knockout.

If you want to catch the final match live, you’ll have the choice between Fox Sports or Kayo.

The ABC is the official free-to-air partner of the competition, but the grand final will be shown as a delayed broadcast on ABCME at 8:25pm AEST. There is a third option – Telstra’s My Football Live app – which is data free but exclusive only to Telstra customers.

Kayo’s Basic package will let you live stream and catch up on over 50 sports on two devices at the same time. You’ll have access to Kayo’s features such as SplitView, and you can cancel any time as there’s no lock-in contract.View Deal