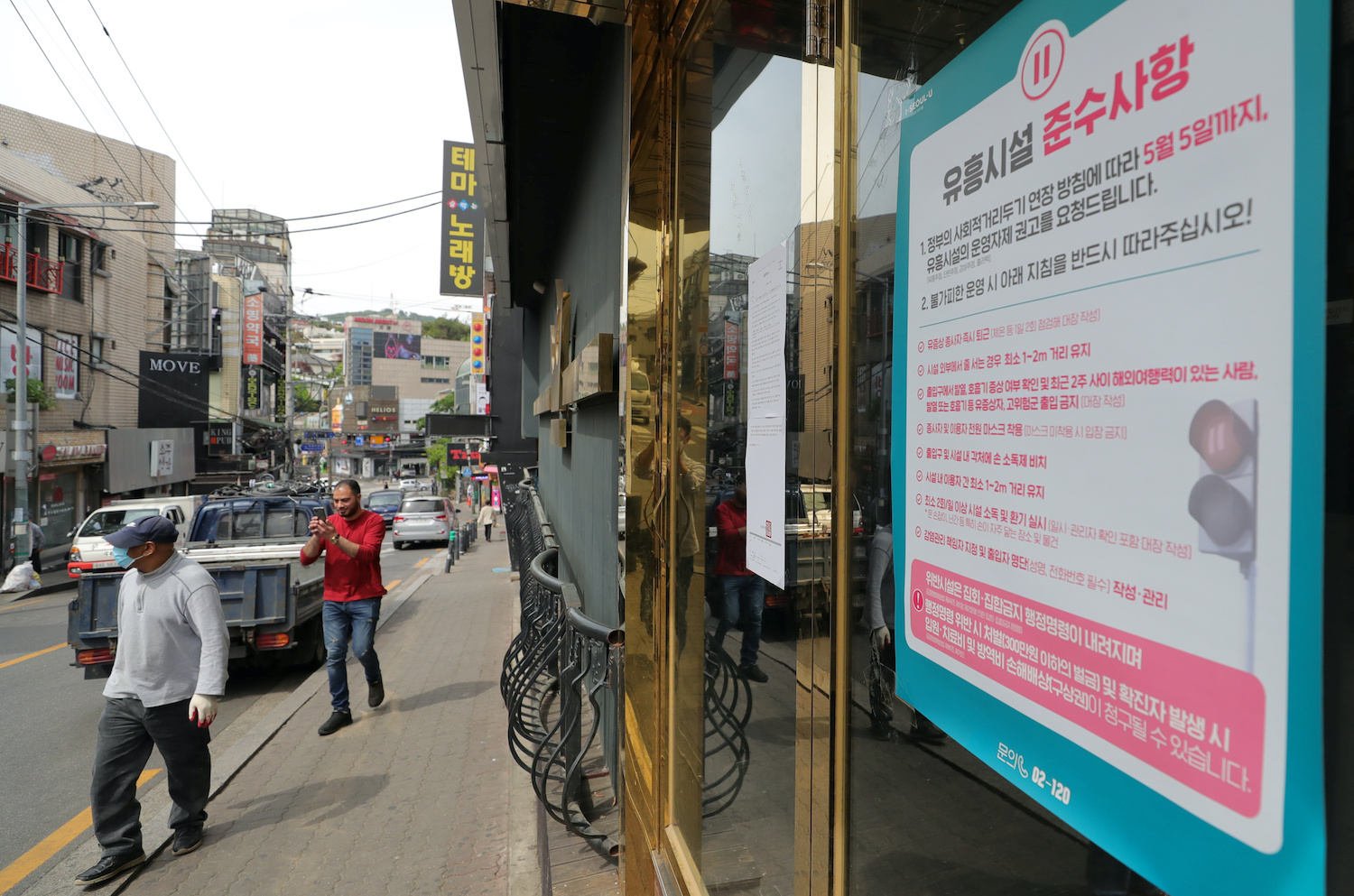 Days after South Korea relaxed its social distancing measures, Seoul, its capital city, has tightened them once more after dozens of new coronavirus cases were linked to bars and nightclubs.

On Saturday, the mayor of Seoul, Park Won-soon, shut down the city’s bars and clubs and claimed that at least 40 infections were connected to the venues. Per the New York Times, Park scolded people who went to the clubs and did not follow proper safety measures, such as wearing masks, and accused them of putting the country’s health at risk.

“Just because of a few people’s carelessness, all our efforts so far can go to waste,” Park said.

In contrast to states in the U.S. and other countries, South Korea has not implemented a lockdown to control the spread of the coronavirus. Instead, it has relied on aggressive testing, contact tracing, and a willingness by people to stay indoors, according to the Wall Street Journal.

The investigation into possible cases at clubs and bars began after a 29-year-old man tested positive for the virus on Wednesday. Before he tested positive, health authorities learned that he had visited three nightclubs in Itaewon, a popular nightlife district in Seoul.

According to the Times, authorities then proceeded to track down 7,200 people who had visited five nightclubs where the virus might have spread.

South Korea announced that it would relax social distancing guidelines and allow businesses that had remained closed to re-open in phases beginning on May 6. Even though the government was relaxing social distancing guidelines, people would be required to maintain a distance of up to six and a half feet from others, stay home for three or four days if they become sick, wash their hands and wear masks, the Korea Herald reported.

The government had planned on loosening its guidelines when it managed to get the outbreak under control. However, the country’s Health Minister Park Neung-hoo maintained that South Korea would return to its strengthened social distancing campaign “at any time in case the situation worsens.”

Judging by how quickly Seoul shut down nightclubs and bars, the government was very serious. Although South Korea is admired worldwide for how it managed to dramatically reduce infections and contain the disease, things are far from business as usual in the country.

The Times notes that nightclubs and bathhouses take the temperatures of everyone who enters. Meanwhile, students wear masks in class and are not allowed to play contact sports. Government officials say that a second wave of cases is inevitable. Their goal is to slow the spread and prevent it from exploding into hundreds or thousands of cases.

According to the World Health Organization (WHO), South Korea had 10,874 covid-19 cases, the disease caused by the virus, and 256 deaths as of Sunday.