A Virtual DJ, a Drone, and an All-Out Zoom Wedding 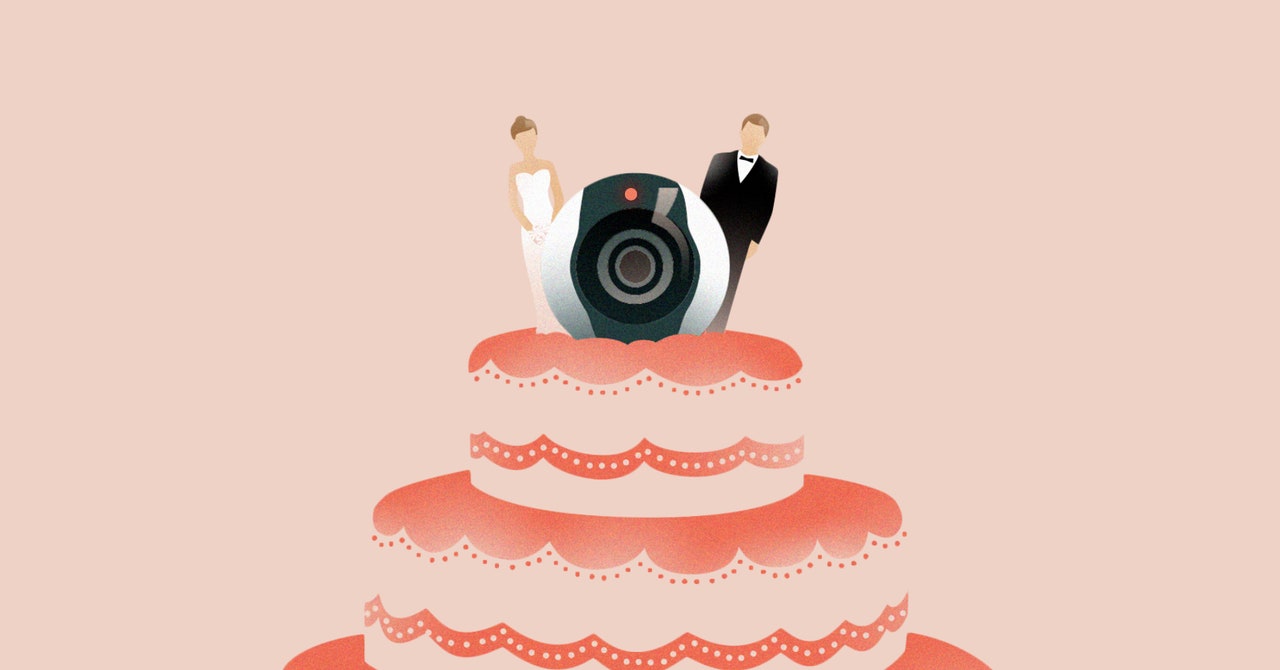 It was supposed to be a magical destination wedding. Jenny Cooper and Sean Steuer, who live in Los Angeles, had invited 120 people to join them at the Hyatt Ziva Puerto Vallarta in Mexico—an all-inclusive resort with five infinity pools, a swim-up bar, and entertainment that includes folkloric dancing and acrobatic performances.

Cooper’s mother had bought 100 glow sticks for a neon “our love shines bright” welcome party. Guests were being told the wedding was at the hotel, but on the morning of, they would be instructed to gather in the lobby. A chartered catamaran would whisk them away to a private island where they’d watch the couple exchange “I do’s” in a “tropical, bohemian paradise” with lanterns and torches illuminating the beach. Then they’d all hit the dance floor, accompanied by fire dancers and drummers.

Pre-pandemic, the plan was to do a “legal wedding” in town on March 28, with their upstairs neighbors and best friends, Christi and Jack Scott, as witnesses and Christi’s father, Pastor Phil Aijian, as the officiant. Puerto Vallarta would be the big show where they exchanged vows in front of a large group of family and friends. But then the novel coronavirus started creeping across the globe.

First, older family members began canceling their plans to attend. Then Australia closed its borders, which meant Cooper’s brother, Harry, would be unable to join. By the mid-March deadline for the final hotel payment, more than half of the guests had dropped out. The clothiers making Steuer’s tux and Cooper’s dress suspended production, and the jewelry shop that had their rings shut down. Steuer and Cooper made a mad dash to their county courthouse to obtain a marriage license the day before it closed.

At that time, says Cooper, they felt like “virus be damned, we are still going!” By March 18, though, the May wedding was obviously off. No one was going to Mexico. The glow sticks could maybe be used for something else.

So when it became apparent that their dream ceremony was off the table—far into the foreseeable future anyway—Steuer and Cooper regrouped, determined not to allow anything stop them from becoming Mr. and Mrs. Steuer. “We are both in our mid-thirties, so we knew we didn’t have the luxury of time to postpone the marriage until next year before starting a family,” says Cooper. “And who’s to say if the situation with travel and gatherings will be different by then?”

When they announced that Mexico was canceled, Steuer and Cooper were flooded with responses like “We will have margaritas on May 5th in honor of you both,” and realized they didn’t want to say “I do” without the company of their “beloved gang” in some capacity. They decided then to shift gears, keeping their Cinco de Mayo wedding date and finding a way to stream the ceremony. Christi Scott’s father was even still willing to marry them in person. (They assured the pastor they would social distance during the ceremony and put tape on the floor to mark where he would stand, six feet away.) This meant they now had a month and a half to put together a virtual wedding that would be (almost) as fun as an in-person celebration on a secluded beach, accessible only by boat.

Cooper and Steuer are, of course, not alone. About 450,000 weddings were planned in the US between March and May, says Jeffra Trumpower, senior creative director at WeddingWire, which pairs couples with wedding vendors. “Couples have gotten creative in the ways they’re honoring their original wedding date,” she says. And companies have gotten creative in how they serve those would-be newlyweds.