All 201 episodes of ‘The Office’ will be recreated on Slack 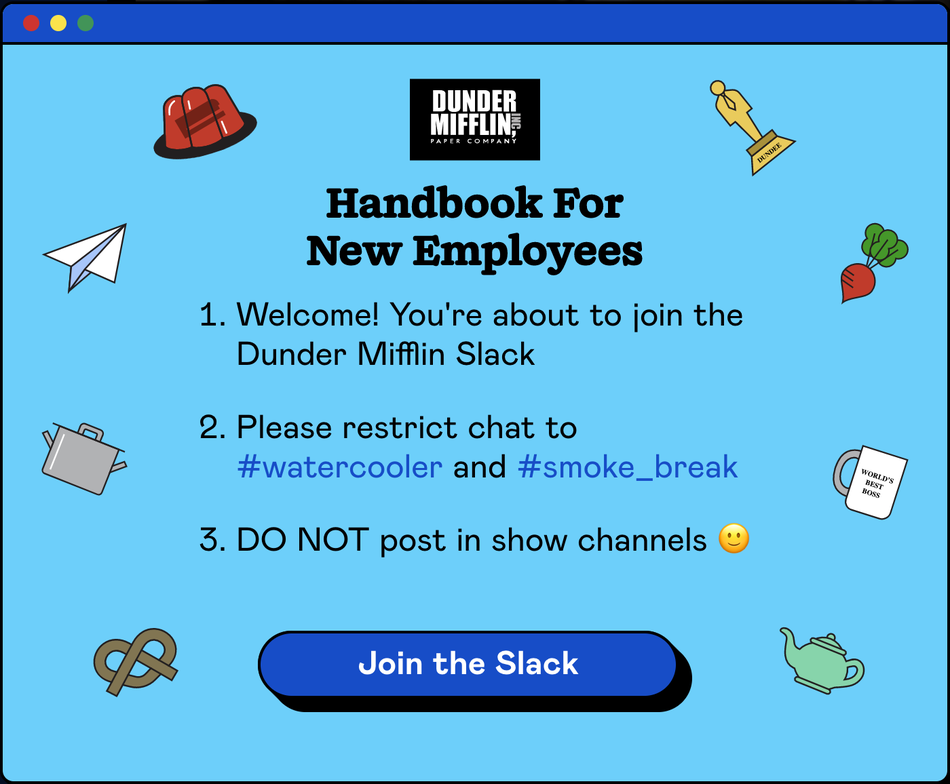 I, as millions of others, watched the American version of The Office when it aired. While it gets so many facets of working life right — annoying co-workers, awkward birthday parties, slow days — one element now ubiquitous in office culture is missing: Slack.

As The Office ended the same year as Slack debuted, it makes total sense that it wasn’t included in the show. Upon rewatch, though, viewers can easily imagine how the chat app would’ve impacted daily life at Dunder Mifflin. Now, with millions of workers forced to work from home and thus using Slack even more, MSCHF decided it was time to see just how the employees of Dunder Mifflin would take to the software.

MSCHF, the same group behind the $100 mystery box and chicken bong, just dropped The Office (Slack), where they’re recreating all 201 episodes in Slack — and with real people, not bots.

Every weekday from 9 a.m. to 5 p.m. ET, improv players will act out as Office characters. Join the Slack to see it all go down — but only chat in the channels #watercooler and #smoke_break.

“The nature of work and office culture has changed so much since the show aired (a lot of which is centered around the way we use technologies now, and that shaped the way we relate to our coworkers) so this is really cool,” said Daniel Greenberg, head of strategy at MSCHF. “Also, it’s always fun to use Slack in a way it’s not intended for after getting shut down by them in the past for ‘policy violations.’”

Seeing as many of us are working from home for the foreseeable future, at least we can take a break and see what’s happening in Dunder Mifflin’s Slack rather than our own.

Your iPhone may soon have more ads