All the best VPNs for streaming films from the UK 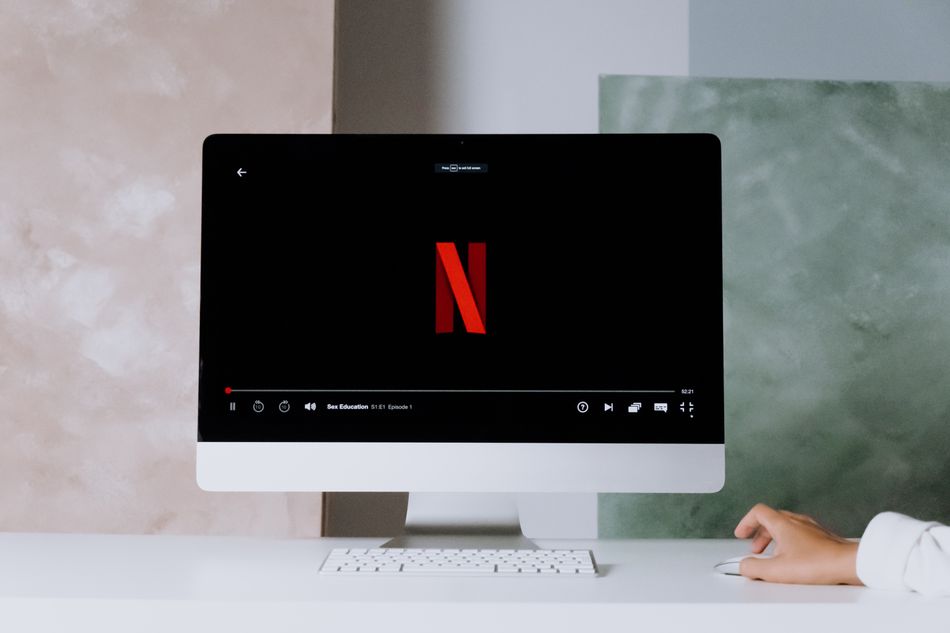 What would we do without films? It’s honestly not worth thinking about. A good film has the ability to capture your attention and keep it for hours, which is especially useful if all you’ve got planned is staying in and doing as little as possible.

The good news for anyone planning on a movie marathon is that we’re living through a golden age of streaming services. Nowadays, film buffs can pick from Netflix, Prime Video, Disney+, Hulu, and many more sites to get their fix. Put simply, we’re not short of options when it comes to settling down on the sofa for a day sat in front of a screen.

It’s not all good though, because the demand on these sites is probably at an all time high. It’s great that we have so much choice, but there is still a finite amount of content tucked away on these sites. It’s inevitable that the most dedicated viewers will reach a point where their options are actually quite limited. We know this is a scary thought, but it’s important to prepare for this difficult moment.

The most obvious solution to this crisis would be to subscribe to another streaming service, and binge on all of that extra content. This might work in the short-term, but it’s not realistic to think that you can just keep subscribing to new sites. This is an expensive tactic, and definitely not something we would recommend. Instead, you should consider investing in a virtual private network (VPN).

These security services are primarily used to protect your online identity and data. They do this by providing an encrypted tunnel that your online traffic can pass through. Everything going through this tunnel is protected from prying eyes, meaning that your identity is kept under wraps. This is certainly useful, especially when you come to understand just how exposed you are in the online world. The web is full of threats, including hackers, viruses, and malware, and it’s important that you stay safe out there. VPNs are great for cybersecurity, but a large portion of VPN subscribers use these services for a completely different reason, and it all comes down to streaming.

VPNs can be used to bypass geo-restrictions and unblock leading streaming sites from all over the world. How does this work? If for example you wanted to stream all of the films on American Netflix from the UK, you could open up your VPN and select an American server in order to spoof your IP to a U.S. address. This makes Netflix think you’re in the U.S. when you’re actually in the UK, so you can watch everything that is normally unavailable in your location.

There are plenty of VPNs that can trick streaming sites into thinking that you’re based in another country, so you can watch all the films hosted by that version of the site. This simple trick can significantly boost your content options without the need to subscribe to a new service. You’ll still need to be subscribed to whatever site you are streaming on, but there’s no need to look elsewhere.

If you’re considering investing in a VPN for streaming films, there are some features that you will need to look out for. It’s important to carefully consider these features before making any sort of decision.

What are the most important VPN features for streaming?

We have done you a solid and researched everything that matters when it comes to streaming with a VPN, so you don’t have to. These are the most important VPN features to consider for streaming movies:

Connection speed: Don’t even try and start streaming a movie if your VPN doesn’t offer solid connection speeds. It’s perfectly normal for a VPN to produce a drop in speed, but anything significant is going to result in a lot of buffering, and that’s no fun for anyone. Make sure you don’t select a VPN that negatively impacts your connection speed to the point that you can’t watch a movie without constant interruptions. We’re not asking for a lot.

Number of connections: This feature differs greatly between providers. There are some VPNs that will allow an unlimited number of connections, whilst others limit you to just a single device. Naturally, it’s better to have the possibility of multiple simultaneous connections, so you can watch movies on all your devices at any time. Plus, if you have a large family or group of friends using the same account, you can all watch your favourite content without being bumped off by other members.

Server network: Most of the best VPNs provide access to thousands of servers located all around the world. Connecting to these servers is what grants you access to foreign libraries of movies, so it’s crucial that your VPN of choice offers a strong selection. It’s also useful if a VPN has a lot of servers in key locations like the U.S., so if a particular server is struggling to connect, you can simply try another.

Bandwidth: Some VPNs have monthly caps on network bandwidth, meaning you can only download a certain amount of data. Avoid these services at all costs. We want you to be able to enjoy as much online content as you want, so you should always seek out a VPN with unlimited bandwidth.

Price: There are free VPNs out there that offer a decent set of features, but there is always going to be a catch. Free VPNs almost always have limits on data, server network, and connection speed, so if you want to stream freely, we recommend opting for a paid plan. There are a lot of different types of paid plans on offer from the leading services, and the cheapest monthly rates are reserved for the longest contracts. If you find a VPN that ticks all of the boxes, it might be worth making a commitment.

It’s important to take all of this into consideration when selecting a VPN for streaming films, but there’s one more thing to note. It’s worth taking some time to research whether a service can actually unblock your preferred streaming site. A VPN can offer everything we have just outlined, but some services simply aren’t able to bypass the restrictions of a site like Netflix. These sites have a lot of protections in place that can detect some VPNs, meaning you aren’t guaranteed access with every VPN.

Fortunately, the best VPNs for streaming films are one step ahead and can remain undetected.

What is the best VPN for watching films?

There are plenty of VPNs that can unblock streaming sites and provide a user-friendly viewing experience, but we know you’re only interested in the best VPNs for watching films.

We have checked out everything on offer and lined up a selection of the very best VPNs for watching films on sites like Netflix and Prime Video. There should be something for everyone and every budget on this list, with popular providers like ExpressVPN and NordVPN making the cut. All you need to do is consider the options we have highlighted, and pick the service that suits you best. It’s that easy.

These are the best VPNs for watching films in 2021.


Unlocks most streaming sites • Advanced security features • Strong speeds • Server network
One of the best VPNs for streaming due to its combination of connection speed and server network.

ExpressVPN is not the cheapest, but it’s probably the best option for streaming.
If you’re willing to spend a little more to get the best, we recommend checking out ExpressVPN. When it comes to streaming films on popular sites like Netflix and Prime Video, ExpressVPN is tough to beat.
Users get a bunch of advanced security features, apps for just about every device, and unlimited high-speed bandwidth. All of this is packed within an attractive and user-friendly interface.
ExpressVPN also states that it keeps no activity or connection logs, so your data should be kept private.

CyberGhost VPN helps you to access anything and everything online, with an attractive and user-friendly interface.
CyberGhost VPN is arguably the best looking VPN in this list, and whilst that’s important, it would mean nothing if CyberGhost VPN didn’t also offer impressive features for streaming and online security.
Users get 256-bit encryption, unlimited bandwidth, an automatic kill switch, and a no-logging policy that protects their data. In terms of streaming films, CyberGhost VPN provides access to thousands of servers worldwide and lets you connect seven devices at the same time. It also offers pretty decent connection speeds for avoiding buffering.]
If your priority is finding a VPN that combines an attractive interface with a wide range of advanced streaming features, this could be the best option for you.

NordVPN effectively protects your online data and privacy, whilst being able to unlock leading streaming sites.
If this was a list of the most secure VPNs, NordVPN might be at the top. It offers serious levels of online protection and encryption for your data and identity, but can also unlock libraries for sites like Netflix and Hulu.
Users get access to over 5,500 servers worldwide, and can connect six devices at the same time. Connection speeds are decent without being that impressive, but if security is your priority, that’s not going to be a problem.
NordVPN is also one of the few VPNs that lets you route your traffic between its own secure VPN servers and the Tor network, which creates an extra secure connection.

PureVPN offers subscribers a lot for their money, and if something goes wrong, its customer support has your back.
PureVPN is one of the best services for streaming thanks to the number of simultaneous connections and servers it provides. You can find thousands of servers located all around the world, with 10 multi-logins meaning everyone in your house can stay connected.
It’s probably not the fastest VPN in this roundup, but this is offset by 256-bit AES encryption, split tunnelling, and more advanced security features. PureVPN does not log any of your data and ensures that your privacy remains intact when the VPN connection drops with a kill switch.
If you’re still not convinced, PureVPN offers a seven-day free trial for new users.

ZenMate VPN is a straightforward and effective VPN that is great for newbies.
ZenMate VPN is not the best VPN for streaming films, because when it comes to watching Netflix, it can only unlock the U.S. library of movies. If that’s all you’re interested in though, ZenMate VPN might offer the best value.
Users get unlimited bandwidth, fast servers in 78 countries located all around the world, powerful encryption, and personal customer support. Crucially, you can also connect an unlimited number of devices with a single plan.
ZenMate VPN offers some of the cheapest plans around, so if you’re new to the world of VPNs, this could be your best bet.