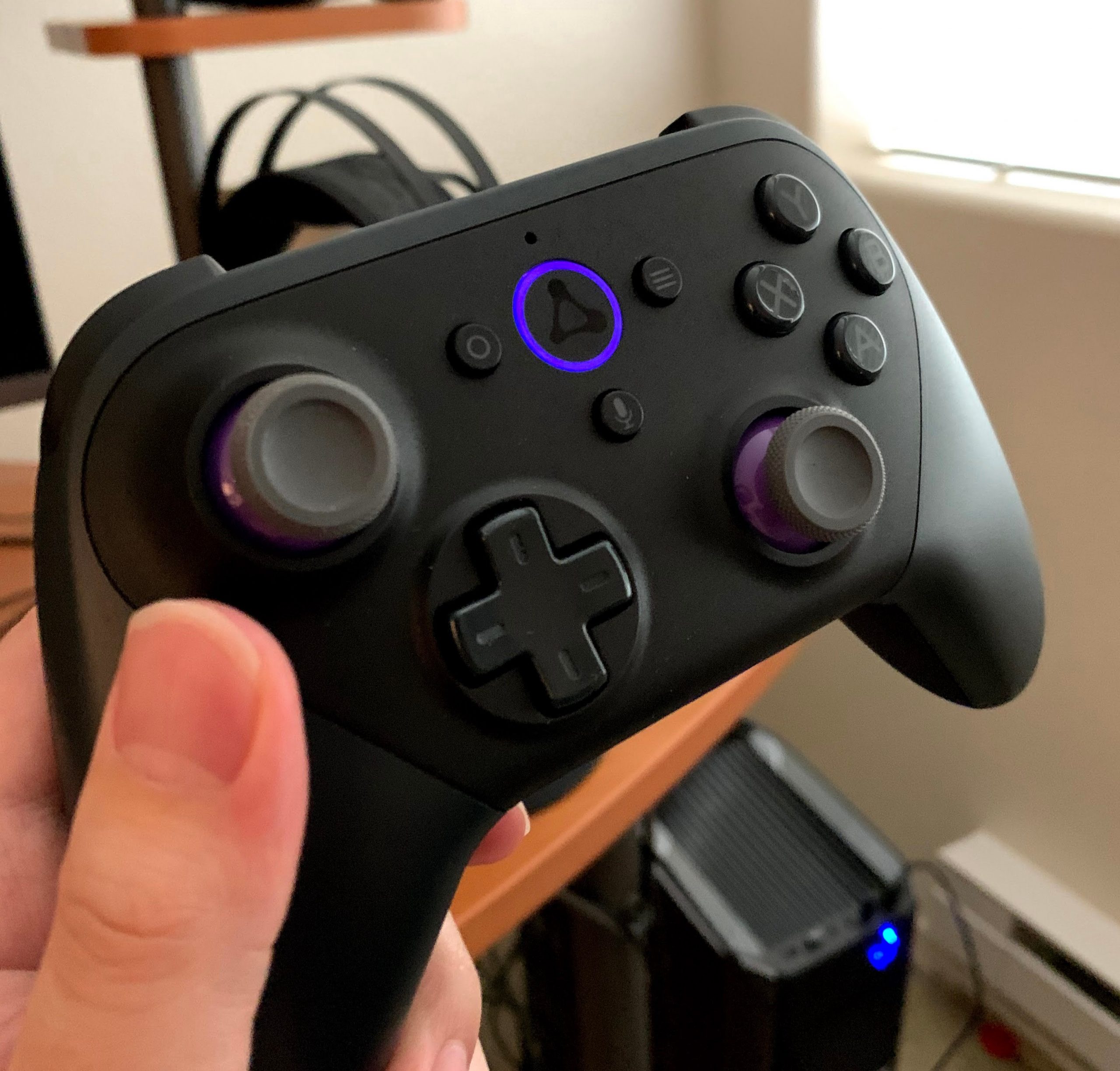 Like so many of Amazon’s other projects, Amazon Luna has slowly been building momentum behind the scenes without making much noise.

The game-streaming service was announced last year and, for the most part, hasn’t been the focus for the company over the last few months.

That changed slightly this week when the company said that it would open up early access to Amazon Fire TV Cube and Amazon Fire TV Stick owners, but until this point Luna has been locked behind an invite-only barrier that few have gotten into. So, now that the limited trial is over and the service is open to everyone, is it worth paying $5.99/month (around £4, AU$8) for Amazon Luna?

We went hands-on with the service to give it a spin. Here’s what we found out.

Amazon Luna subscription: what do you get?

Regardless of whether or not you have an Amazon Prime account, Amazon Luna’s introductory price is $5.99 per month (around £4, AU$8). That price just gets you access to the basic lineup of games through a ‘channel’ Amazon calls Luna+, which has over two dozen games available for it.

Similar to Netflix, games on Amazon Luna are all-you-can-binge. Without any download times between games, it’s easy to jump between a few different titles in a single session, and like Xbox Game Pass, new titles are added frequently.

But Luna+ is just the basic subscription package and the games are, well, sort of a grab bag of older titles, HD collections and a handful of Xbox One / PS4 games. Stand-out titles in the Amazon Luna+ channel are Control, Metro Exodus, Resident Evil 7 Biohazard, Two Point Hospital and Sonic Mania, but a lot of the other options are indies.

Thankfully, you can also tack on a Ubisoft channel called Ubisoft+, which offers up two dozen games from Ubisoft’s game collection including titles like Valhalla, Immortals Fenyx Rising and Far Cry 6 for $15 per month.

And though it doesn’t come with the subscription, you might also want to pick up an Amazon Luna Controller, too, that will run you $49.99 (around £35, AU$60).

While that sounds a bit pricey for what is essentially a knock-off Xbox One gamepad, the Luna Controller can connect directly to your wireless network instead of using Bluetooth, reducing the amount of input latency – which, as you’ll see, is absolutely crucial.

Amazon Luna setup: how hard is it?

The good news is that, surprisingly, it’s not very hard to get Luna setup. All you have to do is download the app on your Amazon Fire TV by searching for Amazon Luna or, if you have an invite, go to the Amazon Luna page on your browser to get started.

To connect a controller, you’ll either need to open up your Bluetooth settings to pair it that way or, if you’re using the Amazon Luna Controller, download the app and follow the directions.

When you’ve got your controller setup and you’re logged into your account, you’re ready to start gaming.

Amazon Luna performance: is it any good?

So that’s the million-dollar question and the answer so far is… sort of. Despite leaving its invite-only status, Amazon Luna is still very much a work-in-progress.

Over the course of a few hours, we tried at least a quarter of the games on the service to see how well they ran and how they looked. Overall, we’re pleased to say that, unless the game absolutely requires split-second precision, games played just fine. 2D platformers, real-time strategy and even fighting games didn’t suffer in the slightest from being beamed to us from a remote AWS server. But two games in particular, were almost unplayable.

The first of the two troubled games was Yooka-Laylee, the 3D platformer from former Rare developers that, in so many ways, feels like a spiritual successor to Banjo-Kazooie. The problem with it was that the camera, a notorious weak spot even on the console versions, became much more unwieldy when it was compounded with latency. It made the game feel a bit choppy – not so much that it was unplayable, but enough to make the whole experience uncomfortable and rather unappealing.

The worst performance, however, was found on Star Wars Pinball. There was a fraction of a second delay between pressing the right trigger and the right flipper popping up, but it was enough to make us miss crucial shots and lose balls. Not every game requires this exacting level of timing, certainly, but for the ones that do require the most minimal amount of latency Amazon Luna just can’t deliver it yet.

The good news is that these were just two of the many, many games we were able to try. Games like the Castlevania Collection, Lumines Remastered, Redout, Two Point Hospital, BlazBlue Cross Tag Battle and more played absolutely fine.

You could argue that any collected edition of games from 10, 20 or even 30 years ago running fine on a new service isn’t that big of an achievement – and you’d be right – but it does show that Amazon has laid the groundwork for newer titles and that it can at least handle older games without any latency.

Amazon Luna vs Google Stadia: which one is better?

After spending hours with Amazon Luna – and having written our Google Stadia review – there’s not a huge difference in performance between the two services. Both seem to play most games nearly as well as a console can with a handful of exceptions. They both have Controllers that minimize latency and both are offered in browsers and their companies’ respective streaming devices.

Where there is a big discrepancy between Google Stadia and Amazon Luna is the caliber of games on the service and the cost of the service itself.

Amazon Luna doesn’t have many brand-new games. It’s mostly indie games or huge blockbusters from a few years ago. That said, Amazon Luna+ is only a few bucks per month. You do have the option to subscribe to the Ubisoft+ channel, but Ubisoft’s own subscription service – also called Ubisoft+ – has all the same games and more available to download for the exact same price.

Google Stadia, on the other hand, might require you to pay for games outright that often cost just as much as their PC or console counterparts, but these games are newer and as a whole offer more variety than what Amazon Luna is offering right now. There’s also the option of subscribing to Google Stadia Pro that has over two dozen games on it for a monthly fee that also gives you discounts on other games on the Stadia Store if you’d rather pay a monthly fee.

Because the games are newer and are of a higher quality, Google Stadia still seems like the better service – at least, for right now. That could change when Amazon ramps up the amount of games it brings to its Luna+ channel or if Amazon partners with other publishers to bring their games to the service as new channels, but for now we’d still recommend Google Stadia as the go-to service for game-streaming.

Given everything we know about it and having tried it ourselves, we currently don’t recommend Amazon Luna in its current form. At this point it feels almost like you’re paying to beta test Amazon’s game-streaming service for them while they add more titles and improve the stability of the streaming experience.

That said, if you see some games on the Amazon Luna+ channel that look appealing, and you don’t mind dropping $7 to check them out, it could be an easy way to test some games that you otherwise wouldn’t have.

It could also be a decent alternative for folks who don’t want to spend money to upgrade their aging laptops or consoles – though, even if that’s the case for you, we’d wait for more games to come to the service before subscribing.

We’ll of course revisit Amazon Luna when Amazon gives it the full roll out sometime in the near future for a full review, and for now it remains another weapon in Amazon’s arsenal of future tech in a war against Apple and Google.

Why Do I Feel Like I’m Dying During a Panic Attack?

Why Do I Feel Like I’m Dying During a Panic Attack?