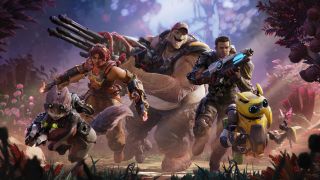 Amazon has finally set a release date for Crucible, a new hero-based third-person shooter that seems to blend online battle arena games like Smite and arena-shooters like Overwatch, as well as some player-versus-environment mechanics mixed in.

The release comes years after Amazon first announced it was working on Crucible at Twitchcon 2016. The game, which was shown off in a new trailer today, will be out starting on May 20 and will be available for free on Steam.

What separates Crucible from some other similar titles are its three big game modes – Heart of the Hives, Alpha Hunters and Harvester Command – and focus on upgrading skills and abilities as a match progresses.

The game modes so far include Heart of the Hives that has two teams of players battling both each other as well as AI controlled alien fauna in a race to claim three alien hearts first, while Alpha Hunters pits eight teams of two against each other to be the last team standing. Harvester Command borrows some mechanics from popular MOBAs and tasks two teams of players to compete for a shared resource with the first team to deplete the other’s resource being the winner.

Curious? Here’s the trailer Amazon released alongside the announcement today:

MOBA? Arena shooter? Battle royale? What is this game?

Crucible has a bit of everything, borrowing from every zeitgeisty genre out there at the moment and blending them together in a unique way.

Some will probably describe the game like Overwatch or Smite because the game has up to 10 playable heroes to pick from (think classes but with different abilities) but adds in the upgrade tree that you’d find in a traditional MOBA like League of Legends.

Set that in the far reaches of space and you’ve got the recipe for Crucible.

While Amazon has been relatively quiet about its game studio, Crucible is just one of three big online projects Amazon Game Studios is cooking up at the moment – there’s also New World, an MMORPG about battling over a newly discovered continent, and a Lord of the Rings-based MMORPG coming from the studio, too.

That said, don’t expect all three games to be available right away – Crucible goes live first on May 20 followed by New World in August and The Lord of the Rings MMO to come at some point down the line, potentially around the same time that Amazon debuts its new Lord of the Rings TV series.

How will it make money?

Like some other popular MOBA and third-person shooters, Crucible will be free-to-play, allowing gamers to jump right in while likely putting extra skins, characters or cosmetic items up for sale for extra purchase.

Unfortunately we haven’t seen what the in-game store looks like yet, so there could be a lot of locked content – but we’ll reserve judgment until we can check the game out for ourselves later this month.

All that said, hopefully there’s some crossover with the company’s Amazon Prime subscription service in terms of free or discounted items and, who knows, even in-game discounts around Amazon Prime Day. Nothing’s certain yet, but its Twitch Prime program shows that Amazon isn’t one to shy away from a little cross-promotion when it gets the chance.