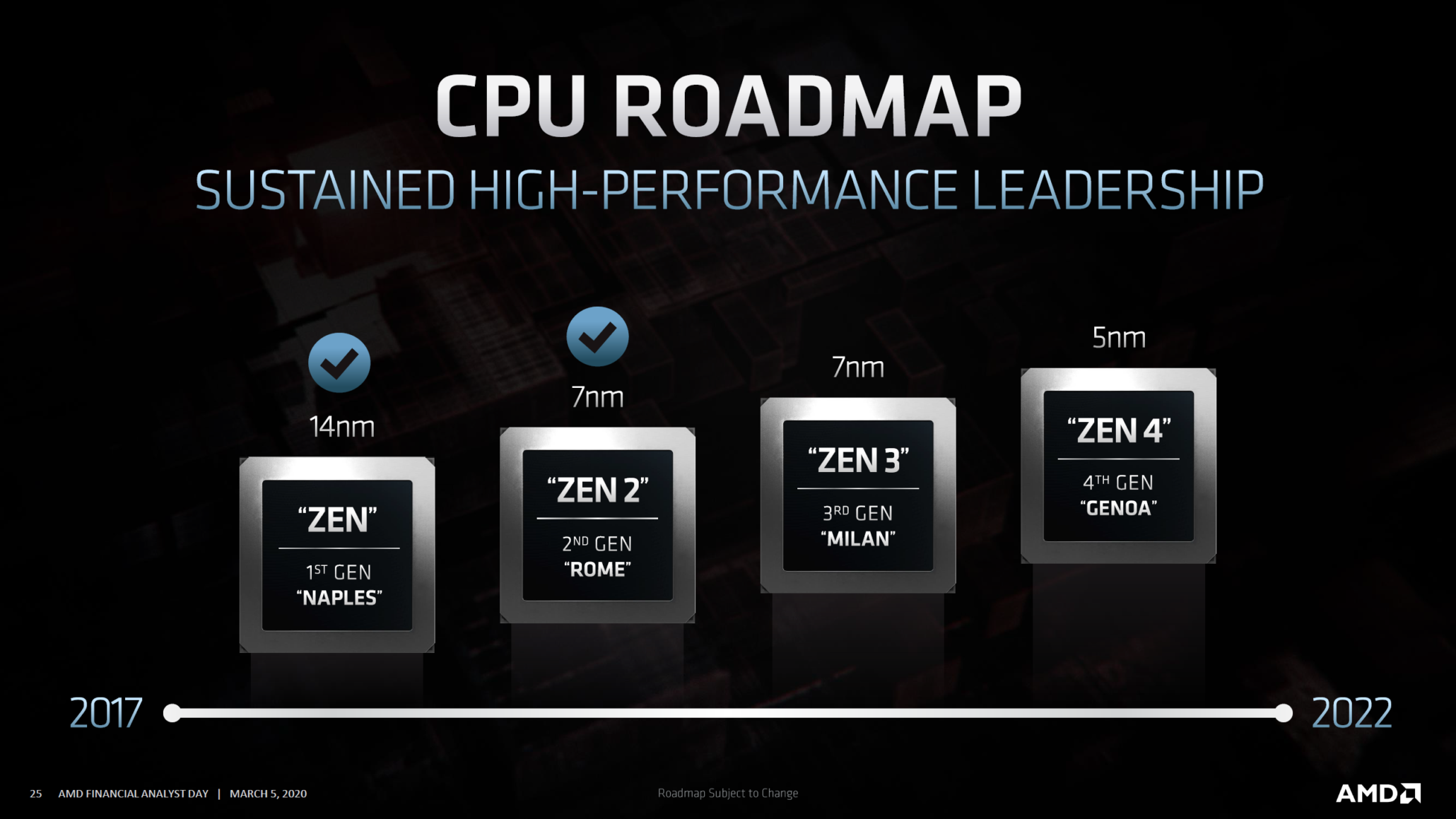 Rumors and leaks surrounding the AMD Zen 3 architecture have been stacking up, and so have official announcements from AMD, albeit in smaller bite-sized pieces. This is pretty much expected at this point, as Zen 3, along with desktop-class Ryzen 4000 processors are due to roll out in late 2020.

Not only has AMD confirmed a 2020 launch, with AMD CEO Lisa Su recently taking to Twitter to say in a video that it’s “looking great in the labs, we’re on track to launch later this year, and I can’t wait to tell you more about it.” But, it turns out that the new APUs are already listed in the U.S., alongside the AMD Ryzen Pro 4000-series processors now being from multiple retailers in Europe. That’s on top of AMD already confirming that AMD Zen 3-based processors in the Ryzen 4000 lineup will officially support X570 and B550 motherboards

AMD simply crushed it in 2019. By moving to its 7nm Zen 2 architecture for its processors, Team Read has gotten a big boost in performance, earning it major market share. Naturally, people have high expectations from its improved 7nm+ CPU architecture – specifically, a potential 20% increase in transistor density and higher clock speeds while a 10% dip in power consumption.

If these rumors and leaks are to be trusted, it’s definitely looking that way. A new leak of the AMD Zen 3-based Ryzen 9 4950X should have Intel worried, with 16-core, 32-thread and a 4.8GHz boost clock. So, even though Zen 2 is still going strong, it’s time to start looking at what AMD has in store with its successor.

Of course, nothing is confirmed yet. But, we should get more specific details as we inch closer to the release date. Here’s everything we know about the AMD Zen 3 architecture so far. Keep this page bookmarked as we’ll update it as soon as new information reaches our desks.

Given we’re expecting a 2020 release for Zen 3, it would only be fitting that AMD more or less repeat the same debut as it did for Zen 2 in 2019. So, at the very least, we’re expecting more details on Zen 3 and what it brings to the table at CES 2020. Unfortunately, AMD took to the stage at CES 2020 to introduce a new line of high-end GPUs instead.

If we mapped out a launch trajectory based on previous Ryzen launches, it would make sense for Zen 3-based processors to come later into 2020. The first batch of Ryzen processors came out in March 2017, with Ryzen 2000 following in April 2018 and Ryzen 3000 in July 2019. That gives each generation a little over a year on the market before, and points to a Zen 3 launch with Ryzen 4000 processors toward October 2020, if you factor in all the delays that the pandemic and factory shutdowns have resulted in.

One thing we do know for sure is that Zen 3 is slated for a late 2020 release. AMD CFO Devinder Kumar has confirmed that the manufacturer is “on track to launch our next-generation Zen 3 CPUs and RDNA 2 GPUs in late 2020.” This was echoed by CEO Lisa Su, who revealed that Zen 3 is looking great in the labs.

If the process used to manufacture Zen 3 processors proves to have higher yield or better efficiency, it’s possible AMD could even lower its prices. That would keep the competition with Intel fierce, but AMD already has a strong price advantage against Intel and may not need to go lower.

We learned in mid-2019 that AMD had already finished the Zen 3 design, which is expected to be based on a 7nm+ process, offering some slight improvements on the existing 7nm process found in Zen 2 hardware. This new design is expected to be the product of a shift to 7nm EUV (extreme ultraviolet) lithography. That should allow for a potential 20% increase in transistor density while lowering power consumption by 10%.

The improved 7nm+ process would also offer new chips higher clock speeds while maintaining lower power consumption. The new process may also come with an 8% to 10% increase in IPC (instructions-per-clock). Topping that off, rumors have suggested that AMD will introduce a new level of simultaneous multithreading in Zen 3 chips that would allow a single core to handle four threads (e.g., a 4-core/16-thread CPU or a 16-core/64-thread CPU).

That might be highly unlikely, but a new leak has detailed AMD’s Zen 3-based Ryzen 9 4950X CPU with 16-core, 32-thread a 4.8GHz boost clock. If this chip does exist, it should have Intel worried.

While we may be looking at upgrades to DDR5 RAM and PCIe 5.0 support further down the line with Zen 4, we have no indications that Zen 3 will move away from DDR4 and the only recently introduced PCIe 4.0 standard.

Altogether, we should be looking at Zen 3-based processors with boosted clock speeds paired with increased IPC for a decent performance boost (especially in multithreaded workloads) over their Zen 2 counterparts all while staying within or below the power budgets of their predecessors. The potential to keep high performance while lowering the power budget could be especially promising for mobile applications.