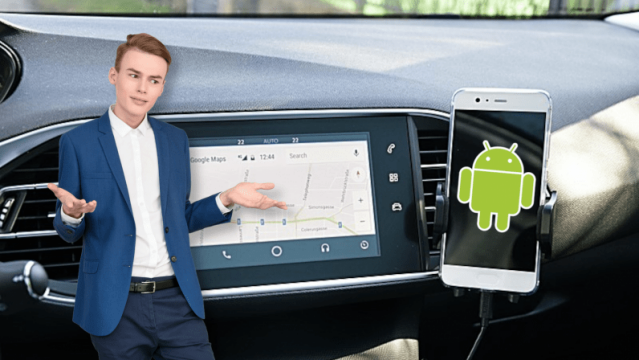 Over the past 18 months, some Android Auto users have reported that Android Auto is getting its languages confused and reading notifications in a garbled mess of words that make no sense.

Based on what users are reporting, it seems that Google Assistant in the car-based app is attempting to read incoming messages in a secondary language, but is interpreting those messages based on its primary language.

One French user, whose phone is set to French, says that Android Auto is trying to read notifications in English, even though the messages are written in French. The result is a mess of mispronounced words that make no sense, they say.

[Read: Meet the 4 scale-ups using data to save the planet]

Another user reports the same is happening to them, except their phone is set to English, and it’s trying to read messages in Russian.

The Google support forum thread where Android Auto users came to discuss had over 900 comments and 1,400 up votes. It’s not exactly a fringe collection of cases.

In short, it makes the voice read notifications totally unusable, and has been plaguing users since 2019. Thankfully, Google finally has a solution!

Buuuut, it leaves a lot to be desired.

As Android Police reports, Google‘s recommendation, which has taken them more than a year to come up with, is to just delete the secondary language from your phone.

It’s not exactly a solution if you require that language for other apps or functions on your phone. But even so, Google still had the audacity to mark this problem as “addressed” in its list of known issues.

Another huge problem with this solution is that deleting secondary languages from your phone, means you can no longer address Google Assistant in that language. As many bilingual people will know, there are some words and phrases that just don’t translate, and need to be spoken in a second language.

Considering that nearly half of the world speaks more than one language, Google really needs to pull its finger out and fix this properly. Bilingual users shouldn’t have to sacrifice secondary languages just so that Android Auto reads notification properly.

Everything coming to Disney+ in February 2021

‘The Great Pottery Throw Down’ will fire up your emotions