Animal Agriculture Could Cause the Next Public Health Crisis 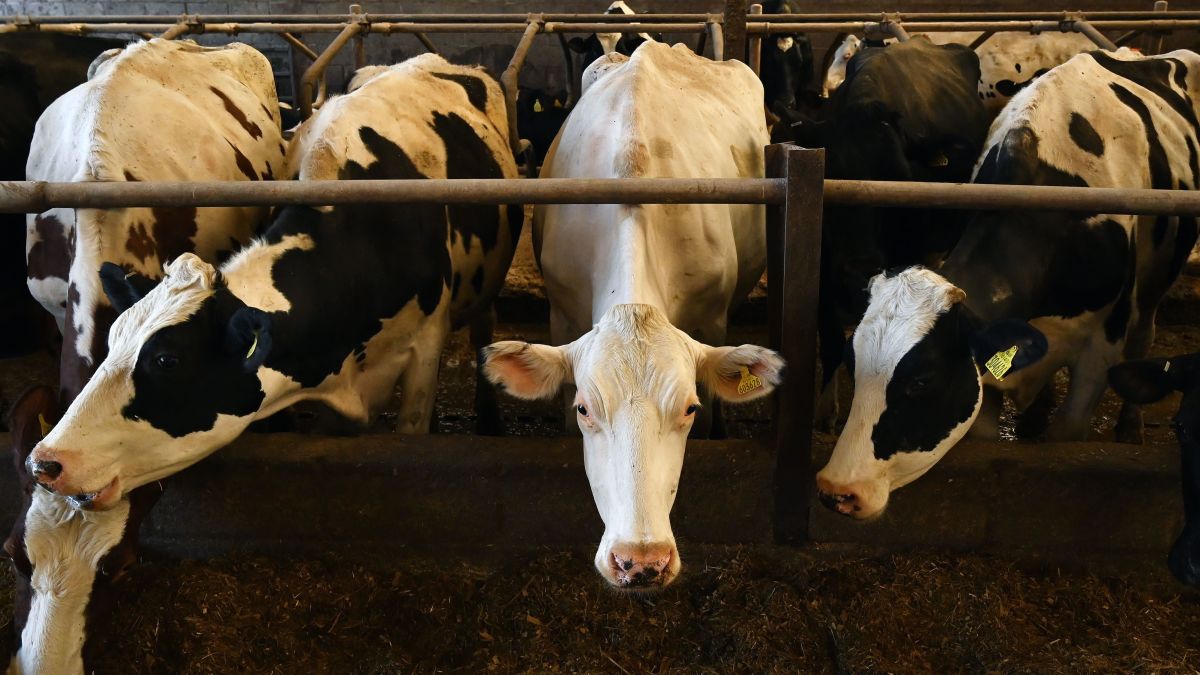 Covid-19 is a zoonotic virus, meaning it spread to humans from an animals. Scientists aren’t sure which animal spread it to us, though they think snakes or bats might have spread it to us via pangolins. But it’s not just exotic, wild animals that spread diseases. Newe research shows the next global public health crisis could come to us through industrial animal agriculture.

The study, published in Proceedings of the National Academy of Sciences on Monday, shows that contemporary farming methods—including the overuse of antibiotics, high numbers of animals crammed into small spaces, and a lack of genetic diversity—make it more likely that pathogens will spread to people from farm animals and create an epidemic for humans.

“Our work shows that environmental change and increased contact with farm animals has caused bacterial infections to cross over to humans, too,” Sam Sheppard, a professor at the Milner Center for Evolution at the University of Bath and author of the study, said in a statement.

In particular, the scientists analyzed the evolution of the bacteria Campylobacter jejuni, which is commonly found in farm animals’ crap and according to the World Health Organization is the leading bacterial cause of human gastroenteritis, aka the stomach flu. The researchers studied the genetic evolution of the bacteria and found that strains specific to cattle emerged in the 20th century—around the same time that humans started farming cattle in huge numbers.

“Campylobacter are excreted by cattle into the environment every day,” the authors wrote. “The sheer magnitude of shedding is clearly important in terms of direct environmental contamination and potential spillover into the human food chain.”

The scientists argue that the changes in cattle diet, anatomy, and physiology which resulted from industrial agriculture enabled the bacteria to mutate and become able to infect humans. That includes common practices today like feeding cows vitamin supplements to keep them healthy and make them bulkier.

Chickens, pigs, and wild animals can all spread the Campylobacter jejuni, but the biggest issue is cattle. Researchers found the bacteria in their feces a fifth of the time (gross, I know, sorry).

“There are an estimated 1.5 billion cattle on Earth, each producing around 30 kilograms (66 pounds) of manure each day,” said Sheppard. “If roughly 20 percent of these are carrying Campylobacter, that amounts to a huge potential public health risk.”

If the bug does get transmitted to people, it’s hard to treat. Since so many antibiotics are used in animal agriculture, the bacteria is resistant to those medicines. The researchers hope the world will examine its relationship with agriculture and make changes to prevent the spread of the bug.

“I think this is a wake-up call to be more responsible about farming methods, so we can reduce the risk of outbreaks of problematic pathogens in the future,” Sheppard said.

The changes this research demands are clear: We should stop rearing so many damn animals for meat. Since animal agriculture is responsible for 14.5 percent of all greenhouse gas pollution globally, we should probably be doing that anyway.

| copyright medi furbaby 2022. Sebastianus & afra köln 2012 e. The suggestion of action you should take every day to constantly generate sales and income.