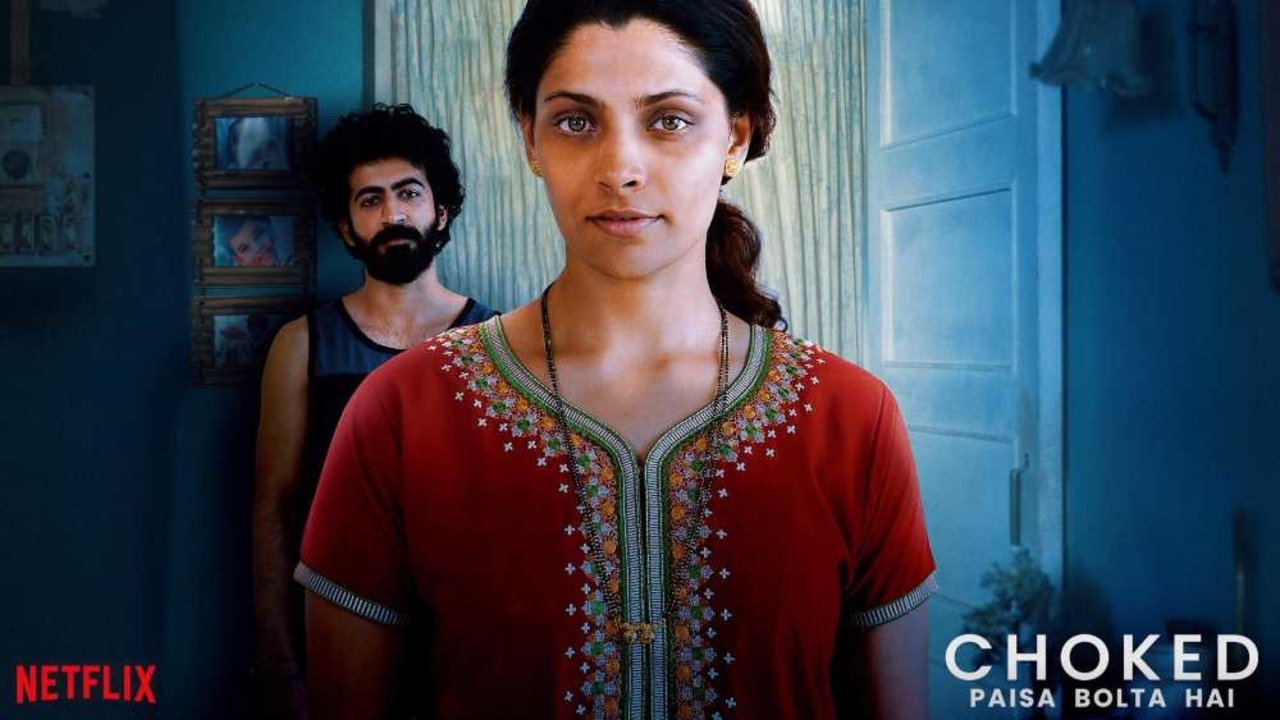 Netflix today announced that Anurag Kashyap’s new movie Choked: Paisa Bolta Hai would be released globally on the live streaming platform on June 5. The company also revealed the first look of the movie which explores the story of a middle class working woman and her musician husband.

The movie stars Saiyami Kher of Mirziya fame as Sarita Pillai, a middle class housewife who manages her work as a bank cashier, and seeks to have a fulfilling relationship with her struggling musician husband Sushant Pillai, played by Roshan Mathew, who plays the the gay speech-impaired Ameer in last year’s mesmerising Malayalam film Moothon.

The movie, produced by Netflix and Kashyap’s own production house Good Bad Films, was written by Nihit Bhave of Sacred Games fame. In an emailed statement, the director Anurag Kashyap described the movie as very close to his heart.

“it is the story of a strong-willed middle-class housewife who finds cash flowing out of her kitchen sink every night and how this changes her life. The movie is about human relationships and the balance between truth, money and power,” he says.

In a statement, Netflix quoted Sayani Kher to suggest that she was impressed with the manner in which writer Nihit Bhave weaved the complexities of middle-class family life. Meanwhile Roshan Mathew said the role of Sushant was exciting because he is a defeated, disgruntled, insecure and suspicious character.

The movie was announced in January alongside other movies from Karan Johar and Vikramaditya Motwane. For Netflix, Choked: Paisa Bolta Hai becomes the sixth original movie to be created in India thus far in 2020.

In 2019, Netflix CEO Read Hastings had committed to spending Rs. 3000 crore towards India-specific programming during 2019-2020 while revealing that the OTT platform would be substantially ramping up original content from India in a bid to woo audiences.