Apple announces Mac mini powered by its own chips for developers 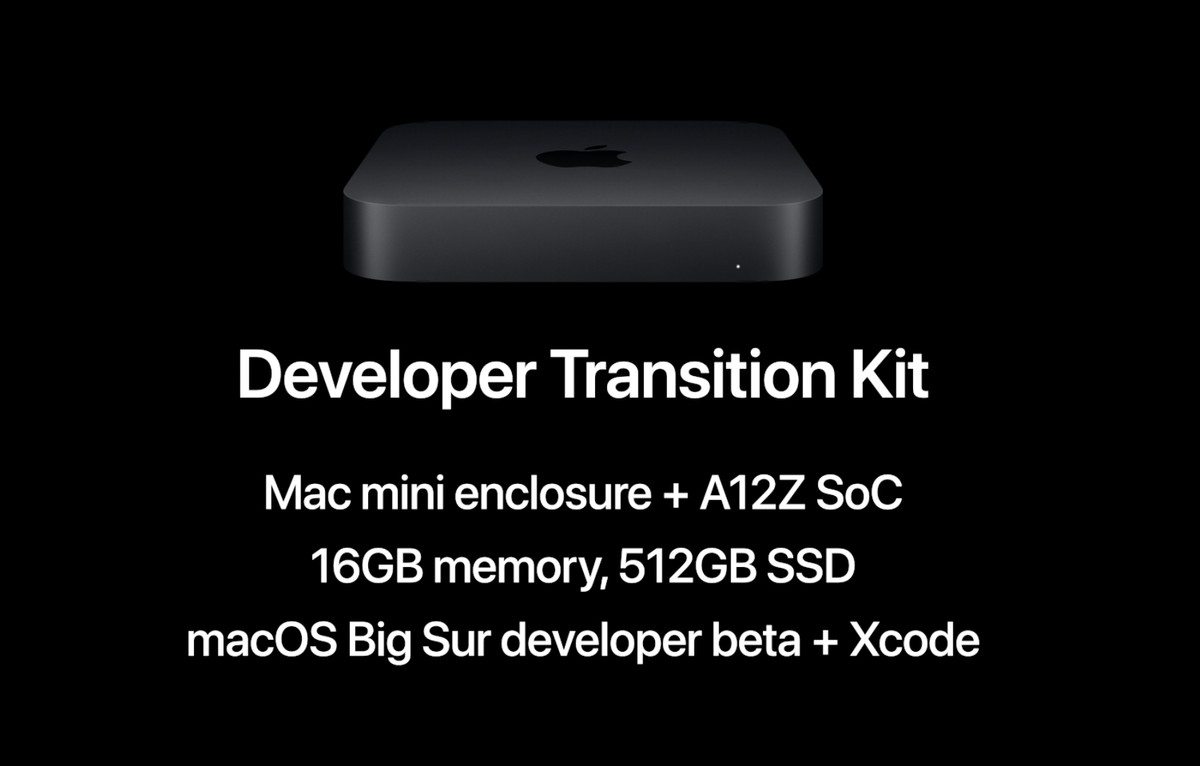 After it confirmed that future Macs will be powered by Apple Silicon, the company also announced that developers will soon have access to a Developer Transition Kit that will take the form of a Mac mini.

The mini will run on Apple’s A12Z chip — the same one found in the 2020 iPad Pro — and includes 16GB of RAM and a 512GB SSD. It will come preloaded with a beta versions of macOS Big Sur and Xcode to help developers ready their apps for consumer Macs when they launch starting later this year. The DTK also has “a variety of Mac I/O ports.”

Apple demonstrated a Mac running the A12Z processor during the WWDC presentation, and it seemed to fare well with Adobe Lightroom, Photoshop, and the company’s own professional apps like Final Cut Pro X.

Developers can request the Developer Transition Kit beginning today, with units shipping as soon as this week. The DTK must be returned to Apple at the conclusion of the program, however. Joining the Universal App Quick Start Program costs $500.

Apple CEO Tim Cook said the company expects this Intel to Apple Silicon transition to in-house chips to be completed within two years.