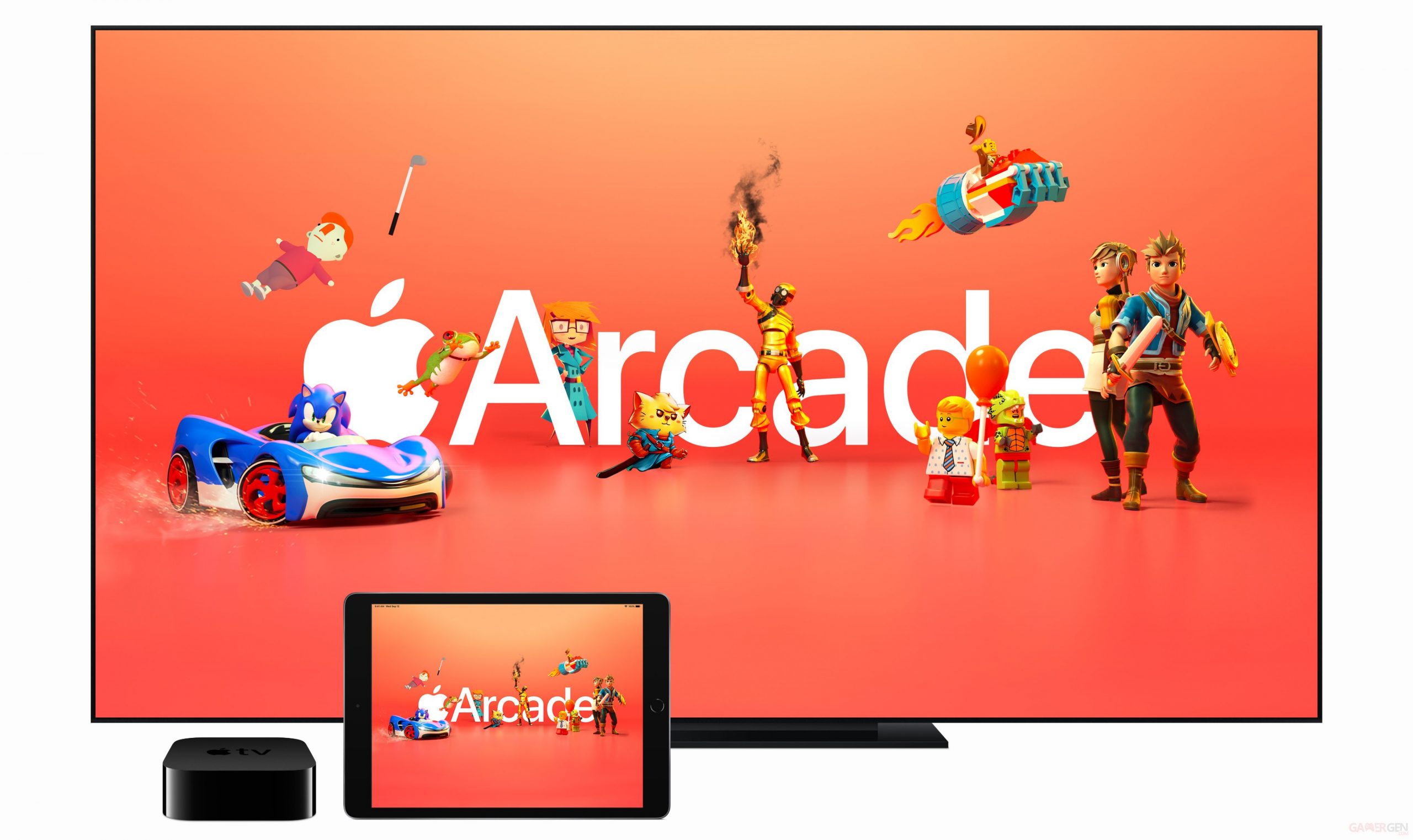 Apple Arcade had long been rumored ahead of its launch, and while its subscription model was no surprise, its direction was – it landed with around 100 mobile-exclusive titles for a small monthly fee, free of ads, in-app purchases and bursting with creativity.

I was intrigued as a gamer, but as an Android phone user, and because as a ‘vintage’ MacBook Pro owner I was locked out of the service, much of Apple Arcade passed me by at launch – I attended a press event, and had a play with a few games in the office on a colleague’s device, and that was about it.

And then I bought a secondhand iPad Pro. And then coronavirus happened. And then I was laid up in bed for a week… and then I realized Apple is building something quite remarkable with Apple Arcade.

The long road to Apple Arcade

In terms of a direct investment in the gaming community, Apple has historically steered clear, ever since its ill-fated partnership with Bandai on the Apple Pippin.

That quickly-shelved home console soured Apple’s relationship with the games industry for years (Macs still aren’t the greatest home for gamers), and it was only the introduction of mobile devices that turned the tide.

There’s an obvious argument for calling Apple – thanks to its phones, tablets and App Store – one of the biggest (if not the biggest) facilitators of gaming on the planet. In 2019 alone apps accounted for 90% of all smartphone use, with gaming the third most popular category of apps.

That’s billions of hours of play on billions of devices, and that’s in massive part thanks to the future-gazing work pioneered in the early days of the iPhone App Store.

But mobile gaming on iPhone and Android alike is inundated with clones, cynical in-app purchases, and quick-buck making games with literal “money-or-your-life” timers ticking down the seconds we’re each given on this planet.

They’ve been hugely profitable, and the way Apple let them run rampant on the App Store, diluting the quality of its charts, made it seem over the years like it had little genuine interest in raising the quality bar – especially when you consider that Apple has always claimed to have the most stringent standards of all mobile operating systems when it comes to what is allowed entry into its ‘walled garden’ App store ecosystem.

During this period of worldwide lockdown however I’ve seen that, for the first time in a generation, Apple is back in the gaming game, – and it’s all thanks to Apple Arcade.

I can’t say that I contracted Covid-19 – I’d need a highly sought-after test to find that out, and (as I’m now in good health) I’m happy to stay indoors, thank you very much. But whatever it was that was ailing me, I felt like a sack of heavily sedated, hungover potatoes for a week.

Aside from the odd loping trip to the bathroom, I didn’t feel like doing very much of anything other than staying beneath the covers, so my iPad was my window on the world for a while.

But with that window being a portal to the internet, offering a panoramic view of the end of the world, it wasn’t long before I had to turn away from news apps and streaming services; there’s only so much Tiger King a person can handle.

And Apple Arcade came to the rescue. It’s the best distillation yet of what makes mobile gaming so appealing: the option to have dozens upon dozens of titles in the palm of your hand, ready for bite-sized chunks of play.

I’m definitely refer to myself as a ‘hardcore’ gamer – I grind through Diablo sessions, and I’ve recently been on the epic quest to get through Assassin’s Creed: Odyssey.

My expectations had been colored by past experiences with mobile games – the mindless grind of Candy Crush, the-wait-or-pay-to-play city builders.

As a gamer who enjoys precision controls and a gameplay flow uninterrupted by cooldown timers and in-app purchase advertisements, I’d lost faith in mobile gaming. But Apple Arcade really pulled me in with its playfulness, and its surprisingly oft-spotted theme of mindfulness.

Apple’s service is superbly curated, and my experience so far has showcased nothing but wild ambition from the wide array of (mostly indie) developers that have jumped on board.

Its growing catalogue runs the gamut from established franchises – such as appearances from SEGA’s Sonic to Ubisoft’s Rayman, to indie darlings such as developers Capybara Games and Bossa Studios.

All genres, from racing sim to turn-based tactics to puzzler to arcade sports are catered for, and most importantly there’s tons of titles that defy easy categorisation, like literary puzzler Dear Reader or color-mixing brain teaser Tint.

But where Apple Arcade came into its own for me was in two key aspects: its games are all touch-friendly, so didn’t require me to dig out a gamepad in order to play (though they are widely supported), and that the sheer variety of games on offer meant there was always another interesting distraction to turn to if a particular title didn’t suit my tastes.

RPG puzzler Grindstone, with its wild Adventure Time-like art style, was addictive and challenging; What The Golf? and its acid-trip crazy golf courses hid better punchlines than any Netflix comedy special I’d seen in recent times; Beyond Blue was a transportative experience, a superb underwater accompaniment to the BBC’s Blue Planet series; and while Overland’s strategic take on the post-apocalypse felt a little too close to home, given current events, it was a marvellously presented take on the end of the world.

What surprised me, though, was how much I was drawn to the more meditative games on the service – the sort of titles I wouldn’t usually approach on a console.

Patterned is a simple-but-gorgeous jigsaw puzzle game that, in the best possible way, helped me to fall asleep. I’ve written about Lifelike before, but again it captivated me with its soothing pace and flower-like visuals.

I may not have been able to go anywhere in the real world, but with Apple Arcade I could certainly forget that I was stuck at home, ill and in bed.

There’s a sense that Apple wants to encompass all the possibilities that modern gaming can be with Apple Arcade – right down to cross-device play from tablet and smartphone to the Apple TV box sat under your television.

It made me think of the (so far at least) relatively muted reception the PS5 and Xbox Series X reveals have been met with: for all the talk of teraflops and speedy SSDs, there’s the sense that gaming’s more esoteric joys are being left behind.

Yes, we love a Red Dead Redemption or a The Last of Us, but it’s worth remembering that one of the biggest games in the world, Minecraft, remains a quirky indie game at heart, and runs on the lowliest of hardware.

If Minecraft were to launch today, it’d feel most at home on Apple Arcade, where variety and invention seems the most important factor for consideration.

Just like Disney Plus, Apple Arcade will have surely benefited from the side-effects of lockdown, with consumers’ usual recreational habits curtailed.

I hope they too, like me, found some quiet joy in Apple Arcade’s library – and I hope realises that now is the time to really pump out those licensing deals to get more fantastic games and developers onboard, and keep the attention of a literally-captive audience.