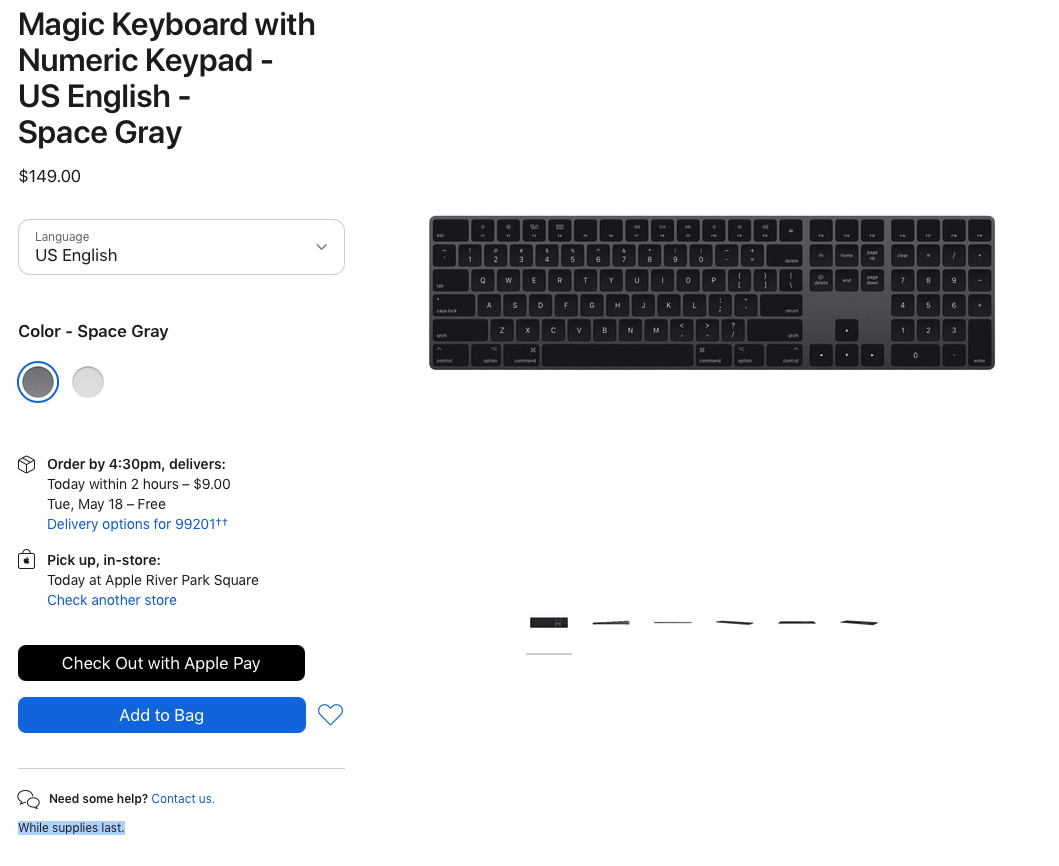 If you want a space gray Apple accessory, such as a Magic Mouse, Keyboard, or Trackpad, now is the time to get one because they’re being discontinued. On Apple’s store page, they’re currently for sale but with a “while supplies last” message (via MacRumors). Apple confirmed to The Verge that it will no longer sell the space gray accessories after stock runs out, but the silver variants will still be available.

The message is the same one that appeared on the iMac Pro before it was listed as “out of stock” for good. Now that Apple’s space gray desktop isn’t around, it seems that the company’s decided to stop making the space gray accessories. It’s a bit odd, given that Apple kept the color around when it introduced the M1 MacBooks, where external mice and keyboards might still be in demand. The discontinuation of the dark accessories does raise the question of whether it will stick around in the rumored redesign, though, or if Apple will go the colorful route it did with the new iMacs. (Let me buy a purple iPad Pro!)

This may also mean the death of the Apple-made black Lightning cable: Apple doesn’t sell it separately, but it’s included with the space gray accessories and some Beats headphones. Truly, it’s nothing special, but now, there are three less things it comes with. I look forward to selling mine on eBay for some ridiculous price in 10 years.

Correction: A previous version of this article stated that the black Lightning cable only came with Space Gray accessories. It also comes with certain sets of Beats headphones.