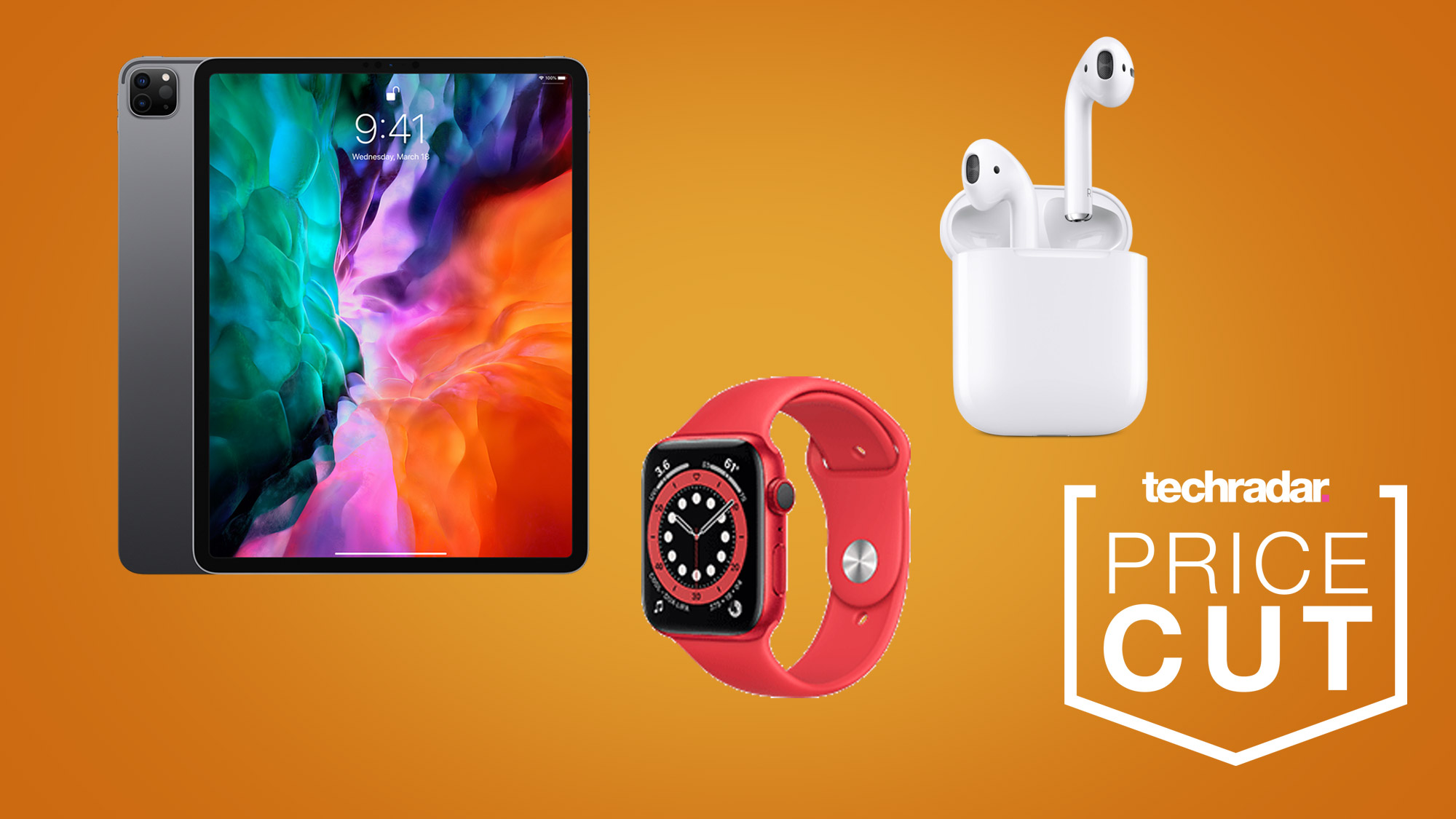 We’re rounding up this weekend’s best Apple deals from Amazon which include sales on Apple’s best-selling devices like AirPods, iPads, the Apple Watch, and the powerful MacBook Pro M1.

Our favorite Apple deals include the best-selling AirPods Pro, which are in stock and on sale for $199, a massive $300 discount on the Apple Watch 5 with cellular, and the powerful MacBook Pro M1 on sale for a record-low price of $1,199.99.

If you’re interested in iPad deals, you can score a $50 price cut on the all-new iPad Air and snag the latest model Apple iPad on sale for $299.99 – the lowest price we’ve seen for the 10.2-inch tablet

Shop more of the best Apple deals from Amazon below, and keep in mind, these prices could change over the weekend, so we recommend taking advantage of these stellar bargains now before it’s too late.

Apple AirPods Pro: $199 at Amazon
Save $49 – Our favorite AirPods deal is the AirPods Pro which are in stock and back down to $199. The truly wireless earbuds feature active noise cancellation, and the wireless charging case delivers more than 24 hours of battery life.
View Deal

Apple Watch Series 3, 38mm: $169 at Amazon
Save $30 – Amazon has the Apple Watch Series 3 on sale for $169. This is a great price on a super cheap Apple smartwatch that is still fully supported by the latest updates. This deal applies to the White and Black sport band.
View Deal

Apple Watch SE (44mm, GPS): $299.24 at Amazon
Save $9.76 –  The budget Apple Watch SE is on sale for $299.24 when you apply the $9.76 coupon at checkout. This deal applies to the Black sport band and – in our eyes – is the better choice than the Apple Watch 6 as it comes with Fitness Plus and sheds the unnecessary ECG and blood oxygen tracking.
View Deal

Apple Watch Series 6 (40mm, GPS): $384.98 at Amazon
Save $15 – The all-new Apple Watch Series 6 gets a $15 discount at Amazon. The 40mm smartwatch features a new S6 processor, blood oxygen monitoring (although most won’t use that), an ECG app, and elevation tracking.
View Deal

Apple Watch 5 GPS and Cellular, 44mm: $449 at Amazon
Save $300 – A rare Apple Watch deal, Amazon has the Apple Watch Series 5 with Celluar on sale for a record-low price of $449. The 44mm smartwatch includes LTE connectivity, which allows you to get internet and phone connectivity on your watch even when your iPhone is far away.
View Deal

Apple iPad 10.2-inch, 32GB (Latest Model): $299.99 at Amazon
Save $30 – You can get the latest model Apple iPad on sale for $299 at Amazon. That’s the lowest price we’ve seen for the versatile tablet, which features a 10.2-inch retina display, impressive speakers, and packs 32GB of storage and up to 10 hours of battery life.
View Deal

You can also shop for more offers with the best AirPod prices and deals and see the best cheap Apple Watch prices.