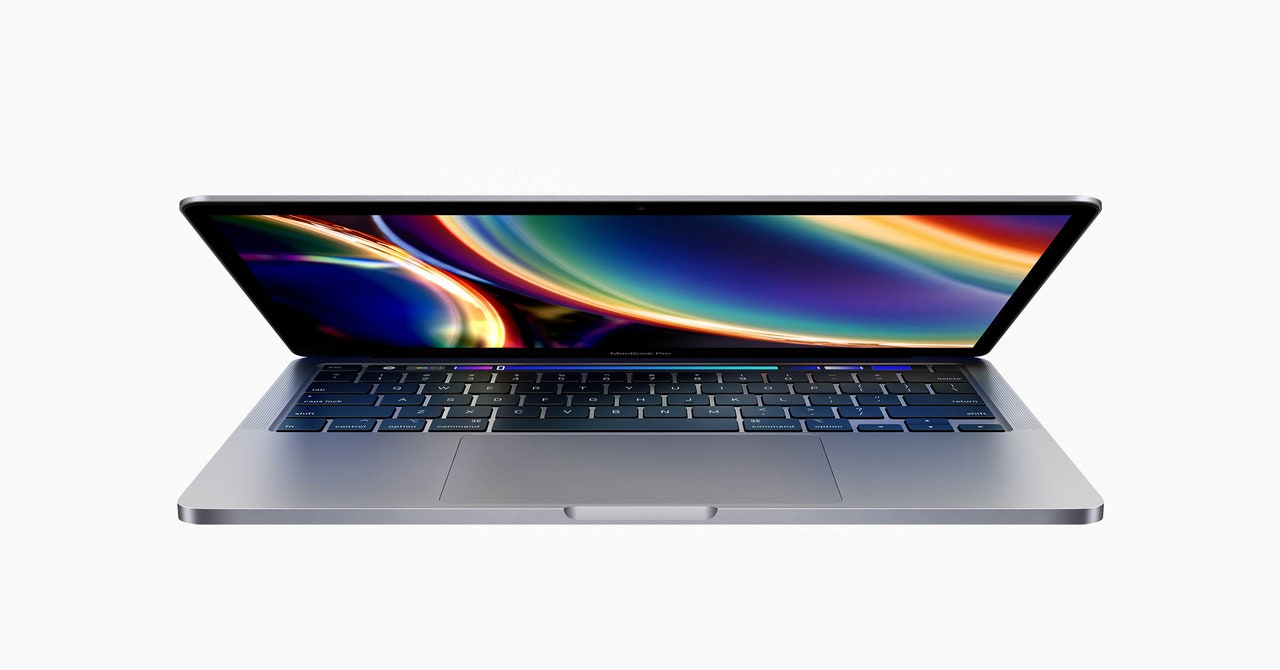 Apple has updated its 13-inch MacBook Pro workhorse with all the iterative tweaks and polishes you would expect from a surprise Monday morning laptop reveal. But the announcement’s ultimate significance lies less in what the new laptop adds than what it subtracts: Apple has finally abandoned its uncomfortable, vexing, eminently breakable butterfly keyboard.

The butterfly keyboard was a marquee feature of Apple’s innovative, expensive 2015 MacBook, and a gamble from the start. Most consumer keys use a traditional “scissor-switch” mechanism. In that system, two criss-crossing pieces of plastic sit under every key and above a membrane; when you press down, they collapse like a beach chair and register your stroke. Scissor-switches became standard largely because they’re quieter and have a lower profile than their clickety-clack mechanical keyboard cousins.

But five years ago, in the space-saving ethos that seemed to inform every product of the late-Ive era, Apple asked, What if the keys were even lower? The butterfly keyboard was its answer. It was 40 percent thinner, in fact, a haircut achieved by swapping in a mechanism that depressed straight down the middle, the plastic supports flapping like wings with every keystroke.

It received harsh reviews from the start. “I immediately hated using the keys,” wrote WIRED reviewer David Pierce at the time. “There’s basically no travel, no movement. It’s not that different from tapping on a touchscreen.” This was not a minority opinion.

And yet the butterfly keyboard persisted, eventually finding its way into most of Apple’s ever-evolving laptop lineup. It soon became apparent, though, that carpal discomfort was the least of its problems. As highlighted by journalists like Casey Johnston and Joanna Stern, the keyboard was prone to breaking. Badly. Repeatedly. It turned out that while the butterfly mechanism saves space, it also acts as a sort of roach motel for the debris that invariably slips past the keys: Once dust or crumbs or whatever got in, it couldn’t get out, making it impossible to press affected keys. This was crazy-making. By 2018, the failures had inspired three separate class action lawsuits.

It also prompted a rare, if tacit, admission from Apple that it had goofed. In June 2018, Cupertino introduced a free keyboard repair program for nine models of MacBooks and MacBook Pros, good for four years after the date of purchase. A month later, it introduced a subtle revision to its troubled keyboard in a new MacBook Pro, adding a thin layer of silicone above the butterfly mechanism in a bid to keep debris out in the first place. It helped! But clearly not enough. Last November, Apple debuted what it called the Magic Keyboard in its 16-inch MacBook Pro, moving away from the butterfly and embracing scissor switches once again. A new MacBook Air followed suit this spring. And now, after several months as the lone holdout, the 13-inch MacBook Pro has jumped ship as well.

While the keyboard is the most important upgrade, it’s not the only bump. The new MBP gets a processor improvement to 10th-generation Intel Core and a graphics boost to match. It doubles the standard storage from the previous model to a 256-gigabyte solid state drive—topping out up to 4 terabytes—with a maximum 32 GB of RAM for the first time. The Touch Bar remains, but at least there’s a physical Escape key. And it retains the same assortment of USB-C/Thunderbolt 3 ports as the previous model. If there’s disappointment here, it’s the webcam, which is still a middling 720p resolution. In the Zoom Times, that’s just not good enough.