Apple’s Upcoming Headphones Might Be Called AirPods Studio, Which Makes No Sense 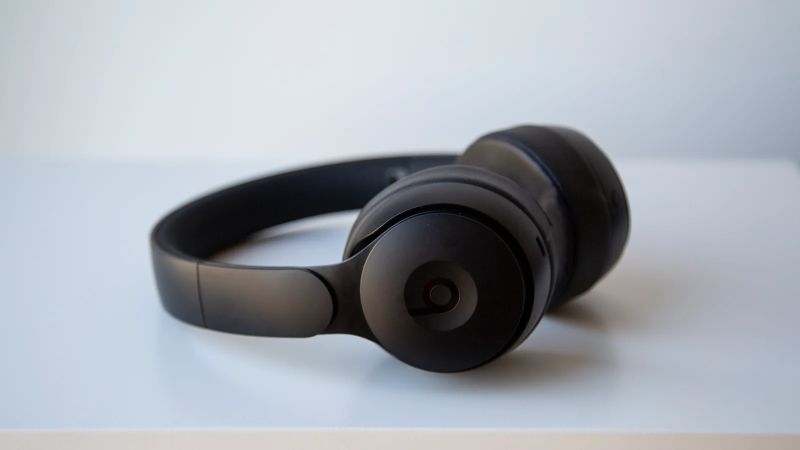 For tiny little devices that you pop in your ears for listening to music, the name AirPods makes a lot of sense. Even when Apple released high-end in-air earbuds with a slightly different design and built-in noise canceling, the AirPods name still held up. But when it comes to over-the-ear headphones, continuing to stick with the AirPods name might be a bit of a stretch.

However, according to a recent leak from YouTuber Jon Prosser (who has accurately predicted a spate of recent Apple products), that’s exactly what Apple will do when it announces the AirPods Studio sometime later this year. With a rumored price tag of $350, the AirPods Studio look to be an Apple-branded alternative to the Beats Solo Pro: fully wireless with built-in active noise cancellation.

While not much else is known about the rumored AirPods Studios just yet, Apple will need to equip its future over-the-ear cans with exceptional audio quality, because the wireless headphones space is now quite crowded. Companies like Microsoft, Amazon, and Google have joined the ranks of established players like Sony and Bose with relatively affordable, high-quality Bluetooth options.

Now let’s address the AirPods Studio’s name: On one hand, continuing to use the AirPods branding makes a lot of sense. Apple has turned its audio division into its own billion-dollar business, with some estimates reporting that Apple sold nearly 60 million AirPods in 2019 alone.

On the flip side, there’s very little to connect these new high-end, over-the-ear headphones—regardless of whether they’re made by Apple or not—with anything that’s supposed to be small, pod-like, or airy. That said, whatever Apple ends up calling its over-the-ear headphones probably won’t matter, because if they’re anything like the standard AirPods or AirPods Pro, the AirPods Studio is going to sell like hotcakes.

In other Apple rumors, a recent video from EverythingApplePro claims that Apple will include a new 120Hz display in the iPhone 12 Pro (but not the standard iPhone 12). If true, this would be a big move for the iPhone: the first time Apple opts for a screen with a refresh rate higher than 60Hz. The lack of a high-refresh-rate display is something I complained about last year following the debut of the new “Pro” moniker for the iPhone 11 Pro, and by moving to 120Hz, Apple would create greater parity between the iPhone 12 Pro and the Pro Motion Displays on the iPad Pro, which got upgraded with support for 120Hz back in 2017.

Aside from its new screen, EverythingApplePro also claims that the iPhone 12 Pro will get a bunch of other upgrades, including Night Mode 2, a new and improved FaceID system, and an even bigger battery. And doubling down on earlier reports, it appears navy blue will indeed be Apple’s new signature color for the iPhone 12 this year.

Unfortunately, there aren’t any clear timelines for when the AirPods Studio might launch. The launch could happen between now and WWDC ‘20 in late June, or Apple could save the AirPods Studio for later this fall, when it would launch alongside the iPhone 12.