Autonomous zones like CHAZ have a long history. We need more of them. 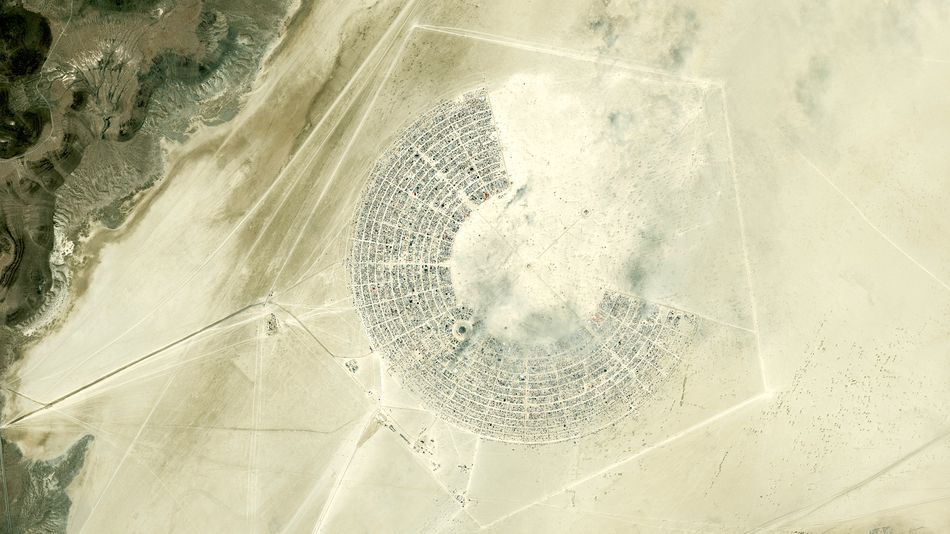 If Fox News were our only source of reporting on Seattle’s Capitol Hill Autonomous Zone, which sprung up last week as part of the ongoing nationwide protests against police brutality, we’d all be terrified out of our minds. The Murdoch-owned  channel has gone out of its way to demonize CHAZ — Photoshopping images of one dude with an AR-15 all over its coverage, misusing photos of buildings that were burning elsewhere, even mistaking a Monty Python skit for disagreement within CHAZ ranks.

Luckily, this is 2020 — and the same culture of smartphones that brought police killings to light in the first place can also be applied to misunderstood zones of protest. Here, let’s take a walk through CHAZ’s six square blocks of police-free anarchy. Note the families with strollers, the bikes, the free burgers, the $6 hot dogs, the voter registration booths. Note the lack of guns, ID checks at the barriers, or anything that feels remotely threatening.

Throw in a few vegetable stalls and this could be a farmer’s market in any major city.

It’s a bit of an adjustment, to be sure. Popular culture’s idea of what happens if you remove the supposed civilizing influence of cops from any environment looks something like the dystopian movie series The Purge. In this dour view of human nature, our masks could slip at any time, revealing the monsters and killers underneath. Thank goodness the police are here to save us!

We may need government as a means of funding services that benefit us all: roads, schools, utilities, firefighting and so on. We do not need it to fund institutionally racist cosplayers who compel us to be peaceful at gunpoint. Because as the history of autonomous zones like CHAZ teaches us, we can be plenty peaceful on our own, thank you very much.

A brief history of autonomous zones

In 1991, the concept of the Temporary Autonomous Zone was born. The name derived from a book by controversial anarchist philosopher Hakim Bey, who proposed that we need to create areas outside of formal state control the way that a group of guerilla fighters might: Build it, dismantle it, move on to the next thing, and keep learning from the example.

Instead of gathering dust on the shelves of an anarchist bookshop, the TAZ idea was immediately adopted by participants in a fast-growing annual festival that had just moved out of San Francisco to the Black Rock desert of Nevada for the first time. That festival’s name: Burning Man.

Now as any Burner knows, Black Rock City — the name for the society that springs up for one week before dismantling itself — is riddled with the unwelcome specter of law enforcement. Local, state, and federal police are all on site in their hundreds. But they generally keep a low profile, and the Black Rock Rangers, an all-volunteer service trained and run by Burners, help to defuse any conflicts and keep the cops at arms length.

More importantly, Black Rock City acts as if it is a TAZ. It has its own Department of Public Works, which spends months building roads and street signs, and licenses its art cars via a Department of Mutant Vehicles. It runs a successful gift economy, where only two locations — an ice store and a cafe — take actual cash. Otherwise, attendees are encouraged to be both radically self-reliant and ridiculously generous to others.

The culture of kindness works. Black Rock City’s annual census reports that roughly 70 percent of attendees volunteer their time to a communal project. That makes Burning Man a more generous place than Utah, the only state in the U.S. with a greater than 50 percent volunteerism rate.

Larry Harvey, the late Burning Man founder, was adamant that the experiment cannot and should not last for more than a handful of weeks a year. Autonomous zones need to be temporary so that we can return to and engage with what Burners call “default” society. We use what we learned in the TAZ to make everyday life a little more utopian. Perhaps by joining groups such as Burners Without Borders, which sprung out of attendees’ efforts to help the Gulf Coast in the wake of Hurricane Katrina in 2005.

Temporary autonomy as a rule is also suggested by America’s history of communes, self-governing groups that hold all property in common. Though founded on high ideals, all communes collapse eventually, or transform themselves into companies. The most famous example is Oneida Community, founded in upstate New York in 1848, which dissolved in 1881 and became Oneida Limited, which remains one of the world’s largest designers and makers of stainless steel silverware.

The oldest currently functioning American commune, Twin Oaks in Virginia, dates back to 1967, and it too has partly reinvented itself as a business that sells handcrafted hammocks and homemade tofu. Few residents stay for longer than a couple of years. Still, it retains much of the flavor of the original commune. If you spend just a week or so at Twin Oaks, as I did in 2010, you will forever remember its kind, happy and hardworking denizens as models of ideal human behavior.

Historically, not all communes have ended as peacefully as the American kind. Probably the best known case is the Paris Commune of 1871, formed in the wake of France’s defeat in its first war against Germany. In its few months of life, the Paris Commune organized public services for 2 million people and canceled debt interest payments and rent charged by landlords during the war.

Also relevant to our current interests: The commune voted to tear down a statue of Napoleon that commemorated his military victories, declaring it a “monument to barbarism.”

This autonomous zone was made temporary by barbarism, too. The French military invaded the city, killing more than 6,000 men, women, and children, many after they had been taken prisoner.

CHAZ, which for now has the tacit approval of the mayor of Seattle and the governor of Washington state, is not likely to meet such a brutal fate. Governor Inslee calls it a “peaceful protest” and hopes for a “peaceful resolution.” But with a U.S. president who insists governors “dominate the streets” in response to protests, and a U.S. Senator calling for a military presence with “no quarter” towards lawbreakers (which translates to execution in the streets, a war crime) — the long-term safety of this autonomous zone is by no means guaranteed.

Which is why it’s a really good thing we don’t have to rely on Fox News propaganda. It’s time for all of us to get educated on autonomous zones, and how inherently peaceful they are, before any murderous mistakes are made in tearing it down.

Autonomous zones are temporary by their nature. If history is any guide, CHAZ (or its new alternate branding, CHOP — Capitol Hill Occupy Protest) may eventually disband of its own accord, with lessons learned on all sides. If the protesters don’t adopt the ethic of Leave No Trace, then there may be some mess to clean up — but the cost of such an operation will equal the tiniest sliver of Seattle’s police budget, which has ballooned from $300 million to $400 million in the last five years alone. That ought to cover the removal of a few blocks of graffiti.

In the aftermath, there will be plenty to debate. How should a free and democratic society best incorporate TAZs? Should they be officially sanctioned in public spaces under the Constitutionally-guaranteed right to peaceable assembly? Should they be limited to desolate locations like the Black Rock desert, or is there value in putting them in the heart of our cities? Should we require a permit for their construction in a public space, or simply allow them to appear whenever the need arises? Would an annual, scheduled TAZ help residents air their grievances?

But what cannot be denied is that the Capitol Hill experiment has, like the Occupy Wall Street protests of 2011, been mostly peaceful and educational. It has kept the protests away from police; the tense standoffs, rubber bullets and pepper-spray nightmares we’ve all witnessed repeatedly over the past few weeks are largely absent here. It has helped prove the point that we don’t need to spend as much of our hard-earned taxes on policing as we think. The human need for such spaces will continue to arise. Better get used to them.