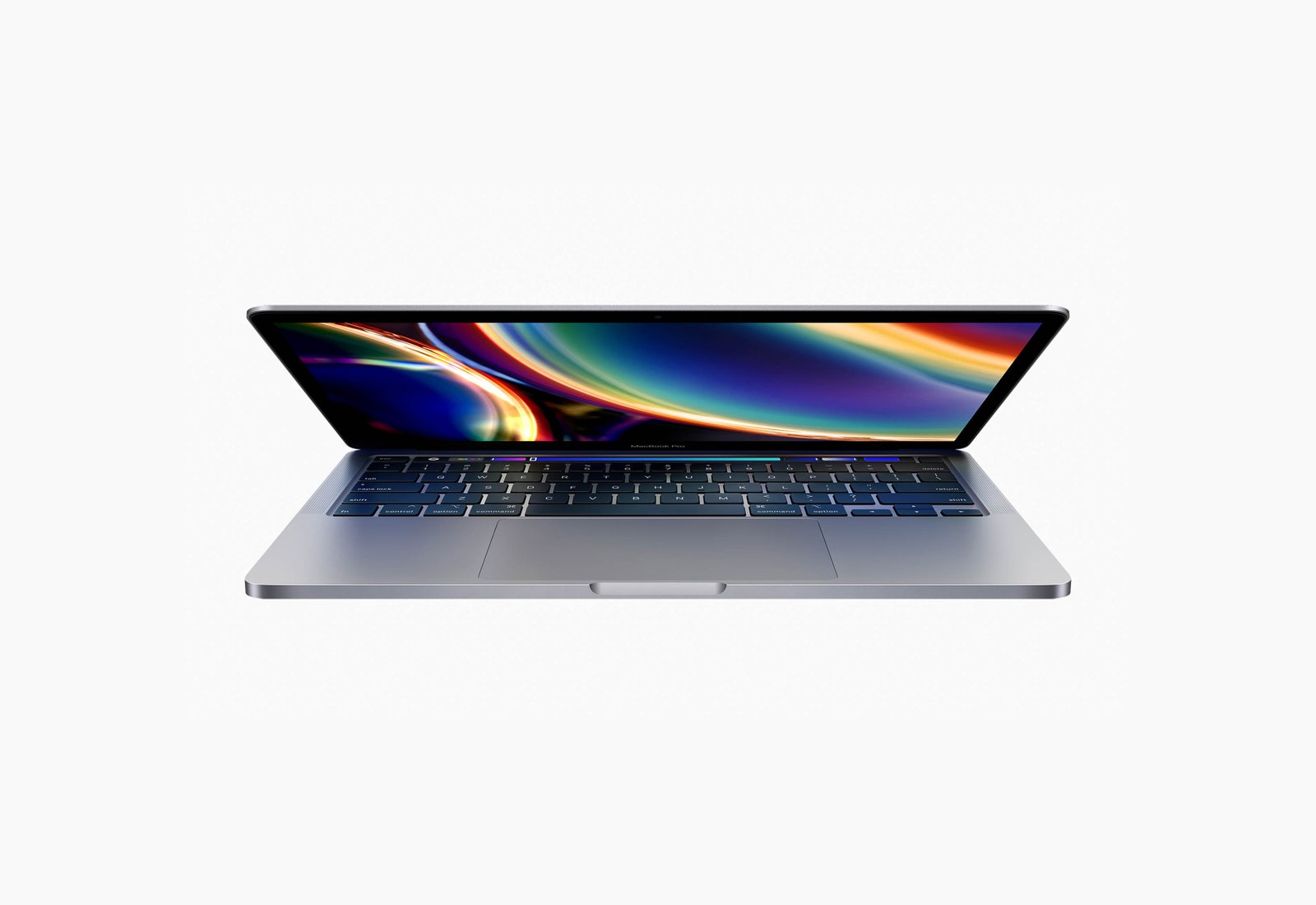 Small Upgrade: If you want to future-proof your laptop with a bit more power, it might be worthwhile to pay $100 more for the MacBook Air with the Core i5 processor. We don’t recommend upgrading the RAM and paying $1,299 though, because at that point you may as well get the more powerful $1,299 MacBook Pro. ($1,099 from Apple, $1,099 from B&H Photo and Video).

If you’re going to be video editing on the go or running other intensive services, get the 13-inch MacBook Pro (8/10, WIRED Recommends). It’s the middle child between the MacBook Air and the 16-inch MacBook Pro, and it might be just right.

I tested the $1,799 version, which has a 10th-generation Core i5 processor, 16 GB of RAM, and 512-gigabytes of storage. You’ll get a ton more power—enough for some light gaming—as well as the improved Magic Keyboard, Touch Bar, and four USB-C/Thunderbolt 3 ports. Its battery life almost lasts a typical workday, petering out around 4 pm, though it will drop much quicker if you’re using it for more power-hungry tasks.

The best part about this model is how you get a nice blend of power and portability. It’s only slightly heavier than the MacBook Air (around 3 pounds), but it matches its size and is still very slim. It’s not nearly as high-performing as the 16-inch MacBook Pro, but it’s capable of running most tasks, from Adobe Photoshop to Premiere, and plenty more. Plus, you avoid the bulk and weight of the 16-inch model.

Small Savings: If you don’t need four USB-C ports or as much storage, you can save a little by going with the $1,299 13-inch MacBook Pro. This is the model people should get if they’re just looking for a little more power over the base MacBook Air. It’s using an older eighth-generation Intel processor, has slower and less RAM than the higher-end Pro, and two USB-C ports. But it’ll still serve you well. ($1,299 from Apple, $1,250 from Amazon, or $1,299 from Best Buy).

The Best for Power Users