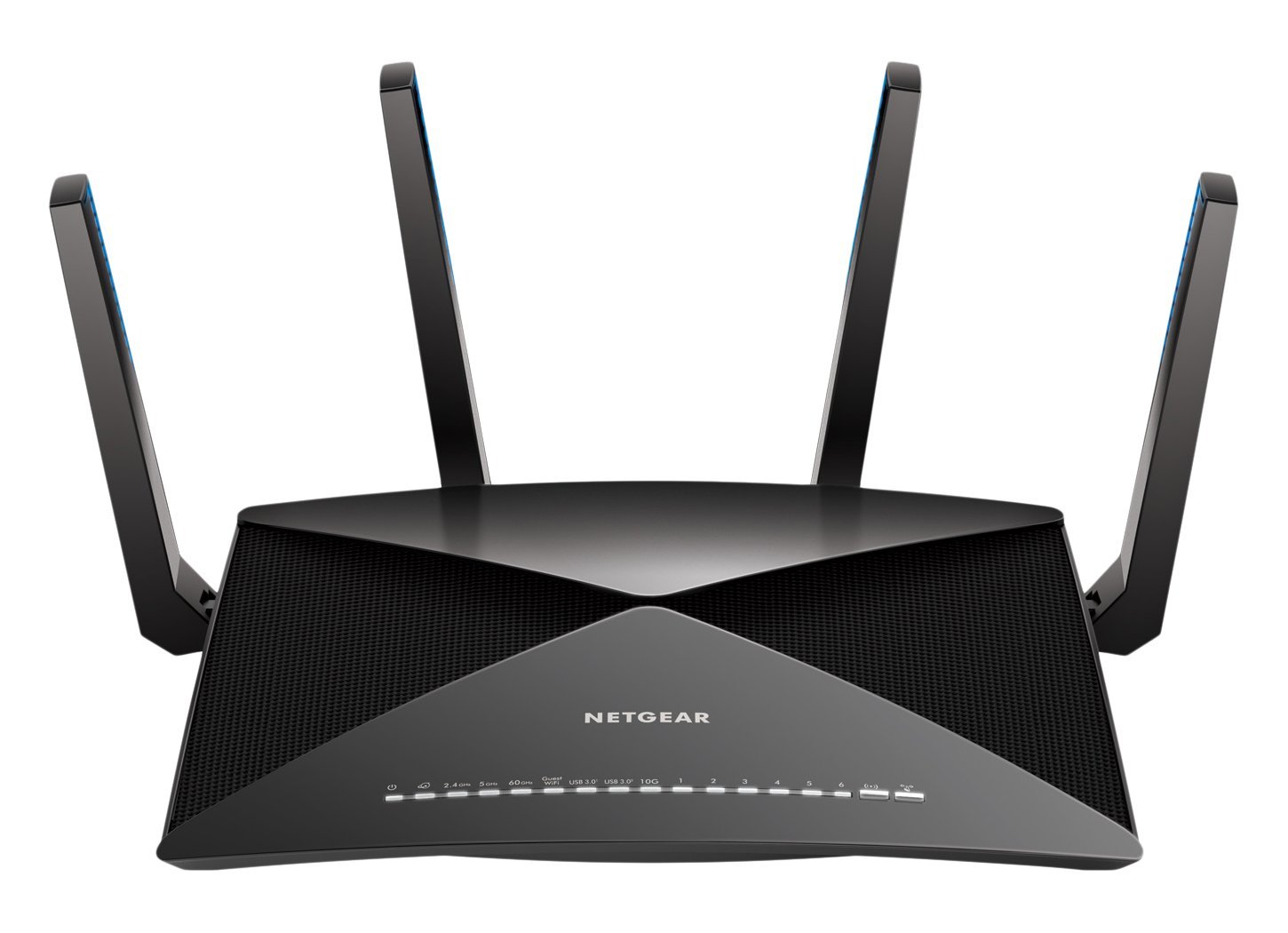 If you’re looking for the best small business routers money can buy, then you’ve come to the right place. In this guide we look at the best routers for small and medium-sized businesses. Any of them are also perfect for home offices as well.

When looking for the best small business router for your needs, you don’t have to worry about it being able to handle huge amounts of network traffic, but you’ll still need something that has enough power to handle a number of employees and devices accessing the network 24/7.

Modern routers now often come with dual or even triple band connectivity, as well as a slew of other features usually found on far more expensive enterprise-grade models, while costing considerably less.

The complexity and requirements of running a wireless network these days mean that the best small business routers now have a much more varied feature set, as well as including hardware that’s often found in computers.

The best small business routers should be quick to set up and easy to use and maintain, which means you won’t need a dedicated IT team or administrator, which is good news for smaller businesses. All the powerful features found on this list of best small business routers will be easily accessible through an easy-to-use user interface, accessed either through a PC or mobile device.

The best small business routers on this list have all been carefully picked by us due to their security, support, remote access, business grade VPN, WAN redundancy, connectivity options and scalability features, which are more important to business users than things like raw speed, value or QoS features.

Not far from perfection

Asus has a reputation for manufacturing great consumer products and the Taiwanese firm – known for its laptops and motherboards – has been trying its hand at wireless products. The BRT-AC828 is its only business router and the device ticks a lot of boxes, even for small businesses looking for more than 10 simultaneous connections.

Granted, it is excruciatingly expensive but packs the sort of features you’d never expect from a router like an M.2 slot to plug in an SSD to convert it into a mini-NAS. There’s a lot more here including support for RADIUS, the ability to aggregate four 1Gb Ethernet ports into a virtual 4Gb one (it has a mighty eight Gigabit Ethernet ports in all) and even support for LTE as a backup connection to improve resilience – the router already has two 1Gbps WAN ports that can be aggregated or used independently.

As you’d expect from a top of the range router, it offers 4×4 MU-MIMO and theoretical speeds of up to 2.6Gbps with open plan coverage up to 100m (albeit on the 2.4GHz band). Asus has also partnered with Trend Micro to offer a built-in security package called AIProtection.

A mesh router for the office

If you work in an office, and you’re ready to bring your networking into the modern age with one of the best routers for businesses, you seriously need to check out the Netgear Orbi Pro. It’s a modular Wi-Fi mesh system, but it makes some design and performance changes that specifically cater to the business user. It’s not cheap, but if you run a business where you can’t afford anyone slowing down due to slow Wi-Fi, it’s worth every penny.

If your small business is ready to jump on the Wi-Fi 6 bandwagon, the Orbi WiFi 6 is your best bet. It’s not by any means a casual purchase, with its steep price tag, but if you’re looking to upgrade to a faster and more reliable router to cover a massive space – like which makes it ideal for medium size businesses, or any business that has a large office full of internet-connected devices – then this one’s absolutely worth the money.

Plus, it’s easy and straightforward to setup, making it great for people who don’t have too much experience with Wi-Fi networks.

The Asus RT-AX88U has all the bells and whistles that you could want out of a small business router, including Wi-Fi 6 compatibility.

And, it’s because it offers so much while resting on the lower end of the current Wi-Fi 6 router price range, it makes it one of the best small business routers money can buy right now.

One advantage of this router for small businesses is that it comes with 8 LAN ports. At twice the amount the most other routers carry, the RT-AX88U can save you from having to buy an Ethernet switch.

A stunner of a router with a few catches

Technically speaking, the Nighthawk X10 is a consumer router but like the Asus model above, it offers features that you will usually find on business routers. As technically advanced as most routers on this list, it is rated at 2600Mbps using 4×4 MU-MIMO and has plenty of LAN ports – seven Gigabit ones, in fact. You can aggregate a pair of them to reach 2Gbps and there’s even a 10G LAN SPF+ connector for NAS access (assuming you’ve got a device that supports this technology).

Add in a pair of USB 3.0 ports and some powerful hardware (quad-core ARM processor clocked at 1.7GHz, 1GB RAM and 512MB storage) and you can see why this Netgear router will appeal to businesses as well as enthusiast-level consumers.

Its most intriguing feature, though, has to be support for 802.11ad which is a short range, high-speed connectivity that requires line of sight to work properly. Also known as WiGig, it operates in the 60GHz spectrum and aims to replace wires altogether.

One unexpected goodie included with the router is a 6-month subscription to Amazon Cloud Drive (double check which one, though, as Amazon killed the ‘unlimited’ tier mentioned in the marketing literature) and that’s a great bonus for backup purposes.

A NAS that thinks it’s a router (or vice versa)

Pricier than other AC2600 routers

The Synology RT2600ac is what you get when you fuse a traditional wireless router with a network-attached storage device or NAS (well, it gives you a bit more besides, too). The company is mostly known for its NAS boxes and while the modem doesn’t boast the beefiest specs or even a conventionally attractive shell like most of the competition, the RT2600ac packs a ton of features (like built-in VPN and the ability to aggregate two WAN ports) that make it worth your while.

While it only has 4GB of storage built-in, you can connect an external hard drive and configure your own cloud service similar to Google Drive or Microsoft OneDrive. You can even download a selection of NAS-grade apps like a VPN client and server. Unfortunately, the app selection is sparse at the moment, and the ecosystem needs better community support – which hopefully it’ll get going forward.

Though it’s not exactly fool-proof in terms of its setup process and the more complex functions it offers, the Synology RT2600ac is much more accessible than most NAS devices. Bear in mind that this is only Synology’s second attempt at devising a router of its own, so despite some shortcomings here, there’s plenty of room to improve.