Build Your Own Pinhole Videocam\! 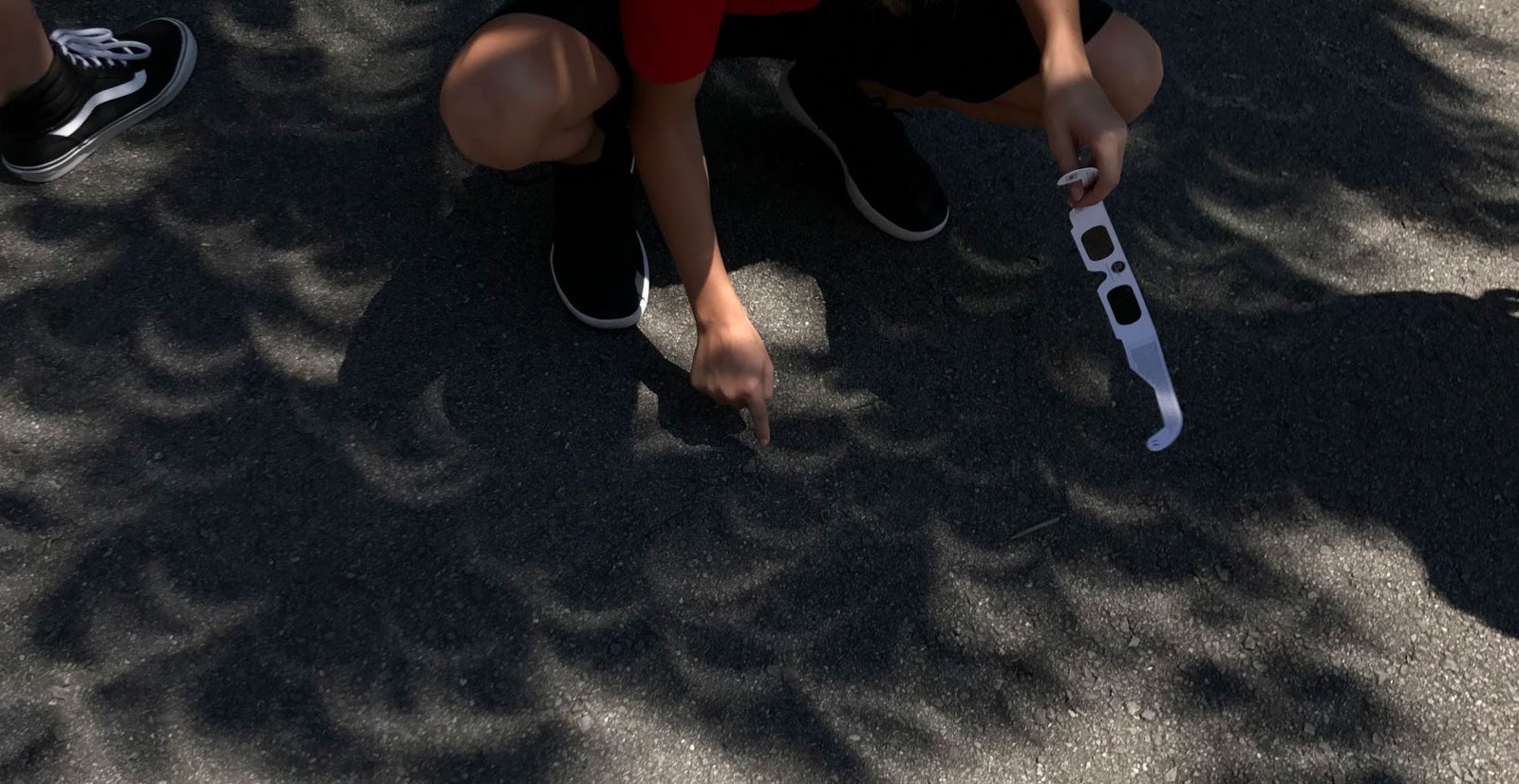 Admittedly, it’s a very dim image. If there’s any other light leaking into your device, you won’t even be able to see the image. Why is it so dim? Because the hole is so tiny—only a little bit of light from the person makes it to the screen.

Couldn’t you just use a bigger hole? Yes, but the image would be blurry. To see why, look back at the diagram with the LEDs shining through the two holes: The bigger hole made a bigger spot. If you had a human who was made of 100 colored LEDs (which would be both weird and cool) going through one big hole, there would be 100 big spots on the screen, all overlapping with one another. The tiny pinhole projects tiny spots, so we get a higher-resolution image.

Now, a question: What’s the difference between a pinhole and the lens in a modern camera? If you want to know how a lens or a mirror makes a “real image” that can be recorded on film or a sensor, check out this older post. But basically, the lens bends light from a source so that the rays converge at a particular spot, forming a coherent image at that spot.

So, there are two big differences with an image formed from a lens. First, the hole (or aperture) can be much bigger than a pinhole. Really, you could make it as big or small as you like. This bigger size means that a lens can collect more light and form a much brighter image. You don’t even need to be in a dark room to see it.

Second, the lens forms an image only at a specific location. The location of the image depends on the properties of the lens (the focal length) and the distance from the object to the lens. That means your screen has to be at the location of the image in order to see anything. With the pinhole, the screen can be anywhere. If you move the screen farther from the hole, you get a bigger (and dimmer) image.

Here is a great example of a natural pinhole with a screen that’s very far away to make a large image. Check this out:

Those crescents of light are essentially pinhole projections of the sun during the 2017 solar eclipse, at a moment when the sun was mostly obscured by the moon. The holes are formed by tiny gaps in the leaves of an overhead tree. Although the sun looks very small from Earth, with an angular size of about half a degree (note: never look at the sun, you fool), the images are quite large due to the distance from the “pinholes” to the ground. It’s pretty cool.

Make Your Own High-Tech Pinhole Cam

You can make a pinhole camera yourself. It’s easy. Just get a box with a tiny hole such that it projects an image on the inside wall of the box. Then you need to make some type of viewing hole so you can peek inside to see the image. You have to be careful with the viewing hole, because if you let in any extra light, it will wash out the dim pinhole image.