Call of Duty Warzone on mobile: what we want to see 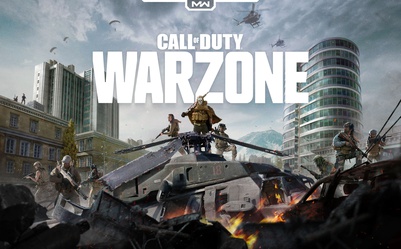 While Call of Duty: Mobile is one of the most successful mobile games ever, it has a flaw – its Black Ops 4-style battle royale mode is rather outdated compared to the newer Call of Duty: Warzone free-to-play game, released in early 2019.

It’s no secret Call of Duty: Warzone should have launched on mobile devices too – we’ve already argued as much before – but it looks like publisher Activision has cottoned on to that mistake because rumors suggest there will be a new Call of Duty mobile game coming later in 2020. Could it be a port of Warzone?

Given that the current Call of Duty: Mobile is a game seemingly intended to last for a long time, constantly seeing new updates, maps and changes, we wouldn’t expect this second app to be a newer version of it. Instead, there are two options: a brand-new stand-alone zombies game, or a Call of Duty: Warzone mobile app.

We’re going to assume the latter is more likely, given Activision pulled the zombies mode from Call of Duty: Mobile due to the fact they thought it wasn’t working in its current form. If that is indeed the case, there are a few tweaks we think the company should make to the format to make it a perfect match for smartphones.

Mainly, these tweaks are hardware-related, as most people who have played Warzone will agree it’s a pretty great take on the battle royale formula. So here is our list of what we want to see in a Call of Duty: Warzone mobile port.

What we want to see from Call of Duty: Warzone on mobile

Some of the best smartphones out there right now have screens with 120Hz refresh rates: the Samsung Galaxy S20, OnePlus 8 Pro and Xiaomi Mi 10 all have these smooth-refresh panels.

However, not all games support these refresh rates, so you don’t get to enjoy the smooth motion when you’re gaming even if your smartphone has the tech to allow it.

Call of Duty: Warzone on phones would be enjoyable to play if it supported 120Hz phones, making transitions silky-smooth. Actions like peering around corners, scanning a landscape through a sniper scope or frantically rushing away from the circle in a beat-up buggy would all be a treat if seen at 120Hz.

When Call of Duty: Warzone was released its file size was almost 100GB – that’s more storage than lots of smartphones even have, and so naturally wouldn’t work on handsets, especially given subsequent patches have been pretty sizeable too.

Not all of these files were important either, as by downloading Warzone you’re also downloading all of Call of Duty: Modern Warfare’s assets, many of which you’re not going to use if you just want to play a battle royale.

If Warzone is going to make its way onto smartphones, Activision will need to drastically reduce the size of the file. Dropping Modern Warfare assets will be a start, but by downscaling graphics to HD (only the Sony Xperia 1 supports 4K at time of writing, which isn’t enough to justify a 4K option), and limiting the number of available modes (Warzone has a few like Plunder which don’t seem to be very popular), that file size could shrink.

After all, Call of Duty Warzone on mobiles wouldn’t be fun if only people with advanced phones could run it. The winning factor of Call of Duty: Mobile was that it runs on nearly all phones, and Warzone would need to emulate that.

One of the reasons Call of Duty: Mobile is one of the best games you can get on your phone is the control system. Instead of emulating the system employed by other mobile shooters like PUBG Mobile, Fortnite and more, which uses two on-screen joysticks to move and look about, then a separate ‘shoot’ button, in Call of Duty: Mobile firing is baked into the joystick for looking about, making it so much easier to fire as soon as you see enemies.

There’s also more customization in the control layout in Call of Duty: Mobile compared to other phone shooters, so overall it’s just much easier to play than its competitors. Of course, a Warzone app would be so much funner to play if it made the most of this control scheme.

Compared to the battle royale mode already available in Call of Duty: Mobile (based on Black Ops 4’s mode), Warzone has far fewer necessary controls (that mode had abilities and ways to interact with the environment that Warzone lacks. In addition menu navigation in Warzone (when you’re using certain buying stations around the map) would actually be easier on a touchscreen device, so you don’t need to cycle through the options.

For context, PUBG Mobile populates some of its matches with non-player AI-controller opponents, and there’s a fairly good reason for the inclusion, as their reduced intelligence compared to real players makes them easy targets for new players looking to get their first few kills. In a game that can be a little hard to control, it’s a decent inclusion.

However, as we’ve said, Call of Duty: Mobile has great controls, so new players won’t face the steep control learning curve that PUBG Mobile presents. They don’t need an easy opponent to get a few kills, as there’s more of a chance they’ll be getting them against real opponents anyway.

The downside to bots is that seasoned players can find them a little boring to fight against, as they’re too easy. That’s not a reason not to include them, of course, as it’s important for new players to find a game accessible, but if bots are unnecessary for first-timers to have a fighting change, we’d be fine without them in the game.

Cross-play between iOS and Android

Call of Duty: Warzone has cross-play enabled by default, so PS4 and Xbox One players can fight alongside each other in combating PC gamers. While we’ve said Activision can utilize a great control scheme for mobile Warzone, the controls aren’t exactly good enough to put mobile gamers in the same league as console or computer gamers.

So general cross-play shouldn’t be an option, but we’d like to see iOS and Android users play together. This would let friends play together no matter what side of the iPhone vs Android line they sit on, and make it easier for the game to fully populate matches.