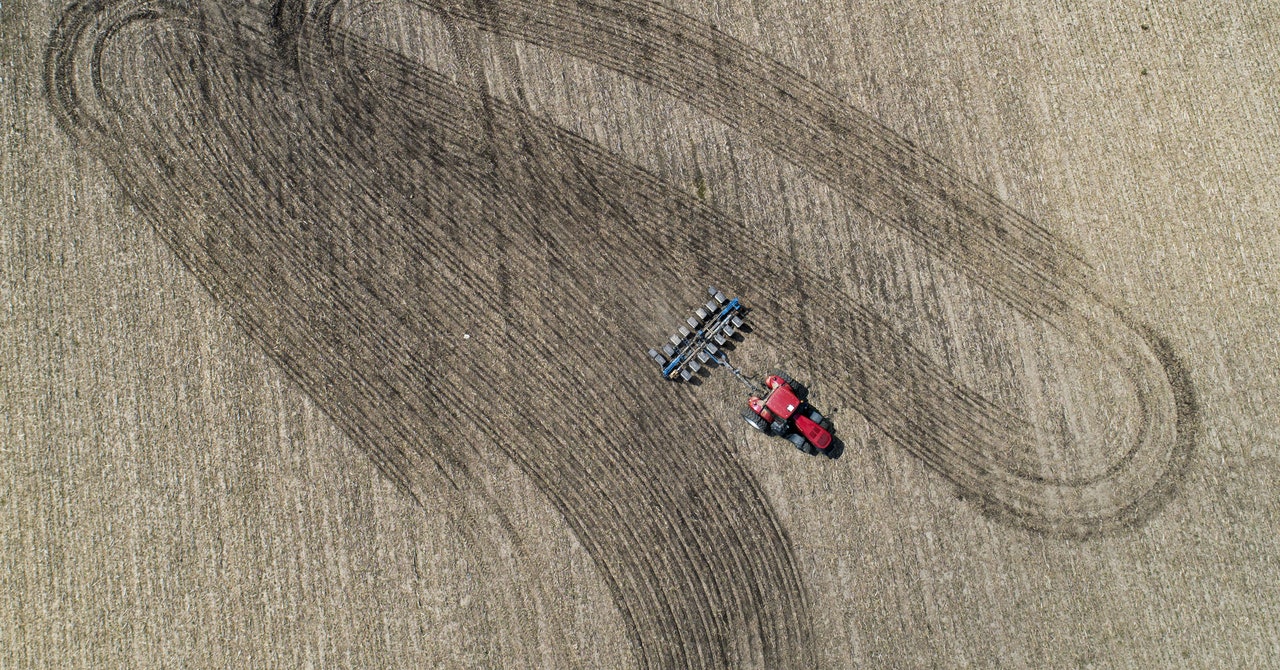 On a farm in north-central Indiana, Brent Bible raises 5,000 acres of corn and soybeans that go into producing ethanol fuel, food additives and seeds. In Napa Valley, California, Kristin Belair picks the best grapes from 50 acres of vineyards to create high-end cabernet sauvignon and sauvignon blanc wines. Both are part of a growing number of “carbon farmers” who are reducing planet-warming greenhouse gases by taking better care of the soil that sustains their farms. That means making changes like plowing fields less often, covering soil with composted mulch and year-round cover crops, and turning drainage ditches into rows of trees.

Now Congress is considering legislation that would make these green practices eligible for a growing international carbon trading marketplace that would also reward farmers with cash.

This morning, Bible is scheduled to testify at a Capitol Hill hearing before the Senate Agriculture Committee that is considering the carbon farming legislation. Introduced by Senator Mike Braun (R-Indiana) and Senator Debbie Stabenow (D-Michigan), the bill sets up the US Department of Agriculture to certify independent consultants for farms that want to participate in carbon trading, and inspectors to verify that the farmers make the changes they promise.

The bill doesn’t set aside any taxpayer money to pay the farmers to change their practices, or for the carbon inspectors themselves. Those funds would come through commissions on the sale of future credits, or from the farmers’ own pockets.

As more big corporations and governments promise to go carbon-neutral, many are relying on carbon emissions trading as a way to meet their goals. When a company buys carbon offsets, it funds projects elsewhere to help reduce greenhouse gas emissions, such as planting trees in Indonesia or installing giant machines inside California dairies that suck up the methane produced by burping and farting cows and turn it into a usable biofuel. What the offsets don’t do is force their buyer to change their own operations.

Supporters of offsets say they are only an acceptable tool once companies have done everything else they can to pollute less, such as tightening up manufacturing processes, cutting down on office heating, or making delivery trucks run on cleaner fuels. Critics say offsets don’t always work as planned, because not all of these projects actually pan out. There’s a difference between an airline that promises to cut emissions by switching to cleaner fuel (good for immediately reducing greenhouse gases), and one that buys offsets for planting trees (not as good) that might be cut down a few years later.

In 2018, the latest year for which data is available, nature-based solutions such as tree planting and capturing methane from dairy farms accounted for a reduction of 100 million metric tons of carbon dioxide globally, according to a 2019 report by the nonprofit group Forest Trends. That reflects about $300 million in purchased offsets.

Under the bill being discussed today, technically called the Growing Climate Solutions Act of 2020, farmers and growers would get credits for finding ways to reduce carbon emissions on their land. This would then be verified independently, and they would be assigned credits that could be sold on the market. Agricultural credits are currently selling for $13 to $17 per ton of carbon, according to a Senate committee staff member.

US farmers like Bible have a big role to play in reducing agricultural emissions. Farming techniques contribute about 24 percent of global greenhouse gas emissions; these include practices such as the use of nitrogen fertilizers and plowing fields after the growing season, which aerates the soil and allows carbon to reach the atmosphere. (In the US, agricultural emissions are only about 10 percent of the total US carbon budget, according to EPA figures. But that’s just because the rest of the US economy produces so much greenhouse gas from other sources, like traffic and residential energy use.)