Check out these League of Legends jerseys designed by Heron Preston 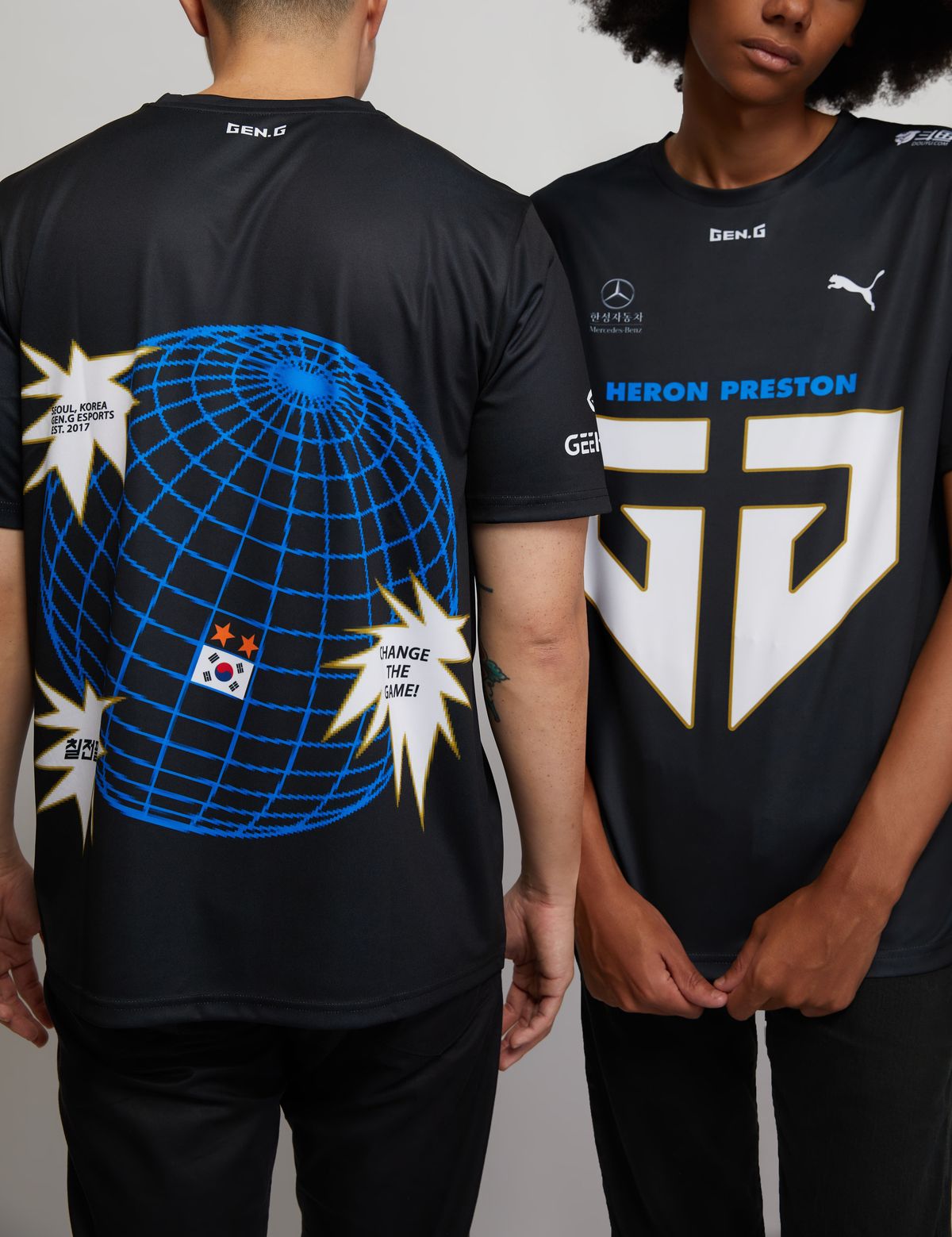 The League of Legends World Championship kicks off this week, and teams want to look their best — so Korean side Gen.G partnered with famed streetwear designer Heron Preston for their new Worlds jersey. The all-black Puma kit was unveiled today, and it’s a relatively simple design, with Gen.G’s logo displayed prominently on the front and a retro-inspired globe on the back. Preston’s involvement is also hard to miss; his name is in big blue letters just above the team’s logo.

Worlds is one of the biggest events in competitive gaming, and teams that qualify for the tournament typically create special designs for their jerseys. So far, the likes of G2 and Flyquest have revealed dragon-inspired kits (the tournament takes place in Shanghai this year), while Nike is making all-new jerseys for the four representatives from China’s League of Legends Pro League.

The partnership with Preston — who serves as Gen.G’s “executive brand ambassador” and has worked with the likes of Virgil Abloh and NASA — is also part of an ongoing confluence of fashion and esports. Jeff Staple designed jerseys for the Overwatch League this year, League developer Riot has partnered with brands like Louis Vuitton and BAPE for both in-game cosmetics and real-world clothing, and the Call of Duty League tapped Sheron Barber to design its championship throne. Meanwhile, teams like Faze Clan and 100 Thieves are as much clothing brands as esports organizations.

Worlds starts on September 25th, though Gen.G’s campaign doesn’t begin until early October. If you’re a newcomer, Riot put together some handy animated videos to ease you into the world of competitive League of Legends.