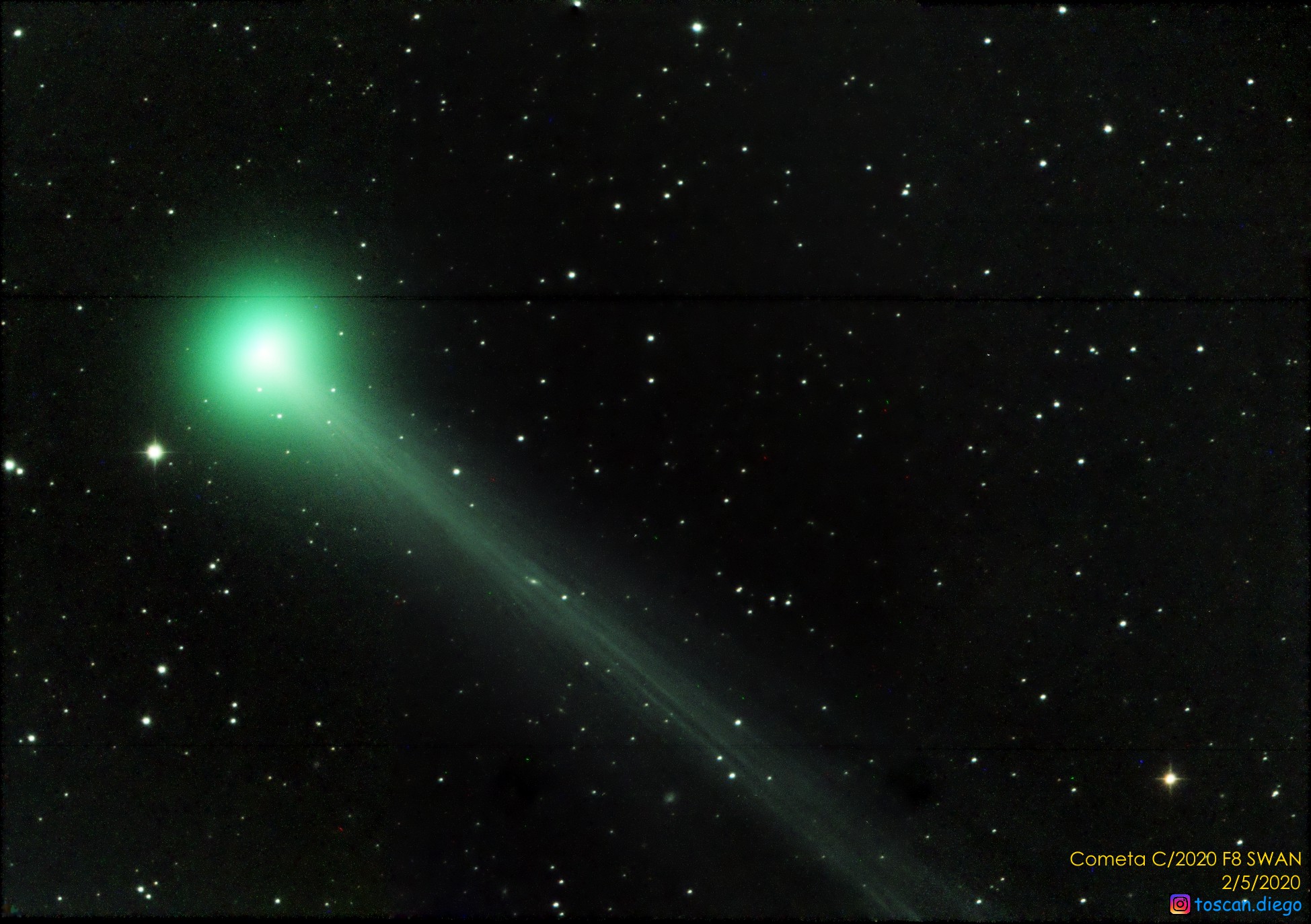 Comet SWAN was first seen by amateur astronomer Michael Mattiazzo in data recorded by the Solar and Heliospheric Observatory (SOHO), an instrument designed to study the Sun.

The Solar Wind ANisotropies (SWAN) instrument aboard SOHO, normally used to study the region of space surrounding the Sun, recorded the first sight of the comet which now bears its name.

“SWAN captures images in ultraviolet light, including a specific ultraviolet wavelength called Lyman alpha. This is a wavelength that is characteristically emitted by hydrogen atoms… [I]t has become an effective discoverer of comets too because comets are also sources of hydrogen,” the European Space Agency reports.

As the comet races toward the inner solar system, the icy body is starting to heat. As it does, vapor rises from the nucleus of the comet, and is pushed back by pressure from the Sun, forming a tail.

Already, Comet SWAN is converting 1.3 tonnes (1.5 tons) of material in its frozen core into an ever-growing tail each second.

The hydrogen within this water then becomes an easy target for the eyes of the SOHO observatory. In addition, as the water (H2O) breaks down, some of the molecules rearrange, forming hydrogen atoms and hydroxyls (containing one hydrogen and one oxygen atoms each). These hydroxyls shine brightly as seen by the SWAN instrument.

Each day, SOHO maps nearly the entire sky, including data from countless stars. Researchers digitally removed “fixed” stars from the observations, showing just objects, like comets, that moved across the seemingly-fixed background.

This is the 3,962nd comet discovered using SOHO, and the 12th such body spotted in data from the SWAN instrument. Mattiazzo has now scored eight victories.

“Almost all of the nearly 4,000 discoveries have been made using data from SOHO’s coronagraph, an instrument that blocks out the Sun’s bright face using a metal disk to reveal the comparatively faint outer atmosphere, the corona,” the Comet Observation Database reports.

“Comets importing change of times and states,
Brandish your crystal tresses in the sky
And with them scourge the bad revolting stars.”

Comet SWAN made its closest approach to Earth on May 13, when it came within 85 million kilometers (53 million miles) of our home planet.

“Comet SWAN’s closest approach to the Sun, called perihelion, will happen on May 27,” NASA explains.

Following this close approach to the Sun (at a distance of roughly 65 million kilometers from the Sun — less than half that of Earth), Comet SWAN will begin its journey back out to the far reaches of the Solar System.