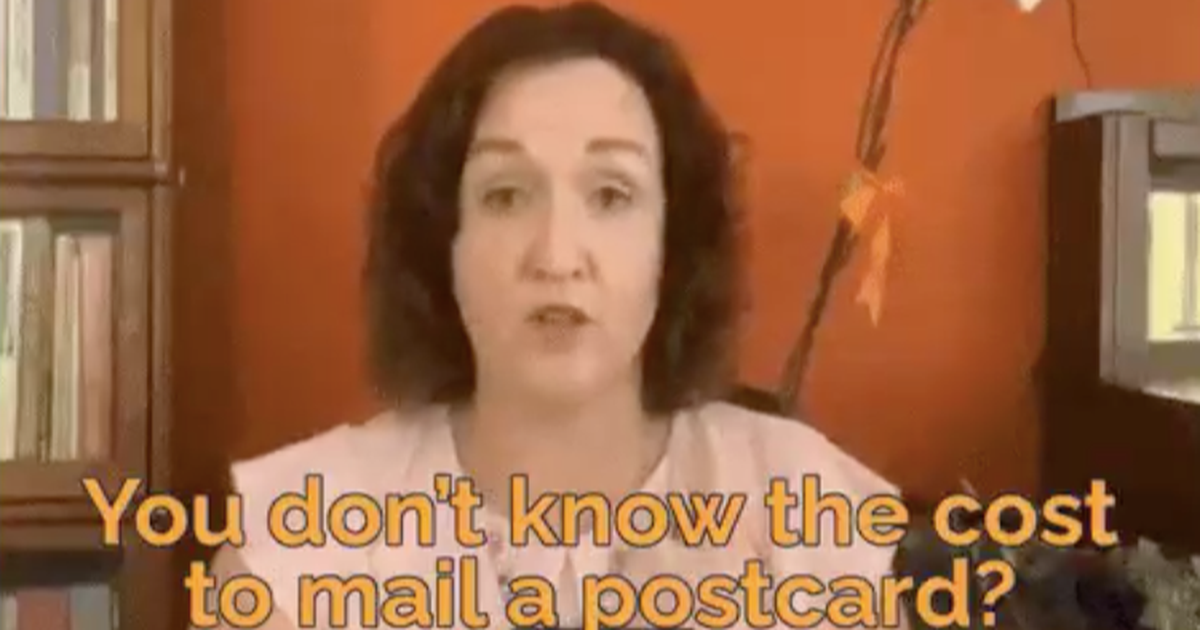 One would assume that the postmaster general — the chief executive officer of the U.S. Postal Service — would be able to answer basic questions about the agency he oversees. But apparently that’s not a requirement of the job.

On Monday, when Postmaster General Louis DeJoy testified before the House Oversight Committee about his recent management of the USPS and the future of mail-in ballots, his lack of knowledge regarding the most basic postage-related questions was made very apparent.

When California Congresswoman Katie Porter called in to question DeJoy via video chat, the hearing really heated up. After asking DeJoy how much a first class postage stamp costs, Rep. Porter proceeded to grill him on other simple questions including how much it costs to mail a post card or a square envelope, the weight limit and starting rate for USPS priority mail, and more.

DeJoy replied to Rep. Porter’s questioning with more than one “I don’t know,” and several bouts of nervous laughter. At one point, he even said, “I’ll submit that I know very little about a postage stamp,” and he was unable to identify how many people voted by mail in the last U.S. presidential election.

After DeJoy failed to answer the majority of Rep. Porter’s questions, the Congresswoman said, “So Mr. DeJoy, I’m concerned. I’m glad you know the price of a stamp, but I’m concerned about your understanding of this agency.”

Prior to the hearing, Rep. Porter gave DeJoy fair warning that she’d be showing up to the hearing prepared. On Aug. 17, she tweeted, “I hope the Postmaster General comes prepared. I know I will.”

After questioning DeJoy on Monday, Rep. Porter followed up on her Aug. 17 tweet by adding, “Spoiler alert: he did not,” along with a fiery GIF.

Rep. Porter’s interaction with DeJoy — and the sheer revelation that the Postmaster General doesn’t know simple facts, such as how much it costs to mail a postcard — were so eye-opening that a clip of the exchange went viral on Monday afternoon. Many praised Porter’s questions, and some expressed concern over DeJoy’s inability to properly respond.

DeJoy is forced to say he has no idea how many people voted by mail in 2016!

Rep. Porter: Can you tell me how many people voted by mail in the last presidential election?

DeJoy: No, I cannot

D: I would be guessing and I don’t want to guess https://t.co/ufVlQEd6YV

Sometimes the simplest line of questioning is the most effective.

Rep. Katie Porter basically asked DeJoy what things cost, and how many people voted by mail in 2016: he didn’t know https://t.co/995dsio3aF

Can’t say she didn’t warn him.

Google TV is adding kids profiles this month in the US