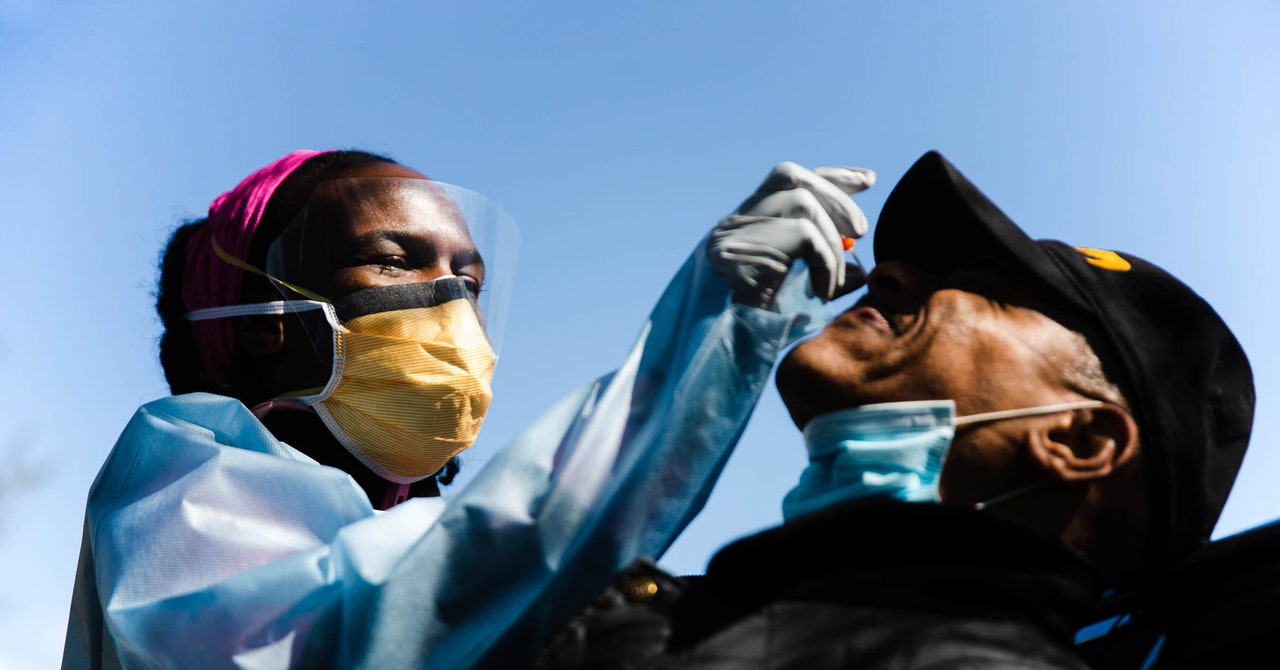 Ala Stanford is a doctor, but right now her office is a parking lot, a street corner, the sidewalk outside of a Philadelphia Baptist church. Stanford leads a mobile unit of doctors who are bringing free Covid-19 testing to the neighborhoods in Philadelphia that are being hit hardest by the virus: underserved black communities. Across the United States, black Americans are contracting and dying of Covid-19 at wildly disproportionate rates, and in some areas, they aren’t being tested for the virus nearly as frequently as their white peers, either.

Stanford and her cohort, who call themselves the Black Doctors Covid-19 Consortium, are dedicated to combating the much discussed but poorly addressed crisis where it lives, armed only with nasal swabs, educational materials, and personal protective equipment. They’re able to pay for those necessities because this week they successfully raised more than $100,000 on GoFundMe. Money for lifesaving medical treatment during a pandemic is coming not from government coffers but from the whims and wallets of the internet.

The Centers for Disease Control and Prevention has found that several racial minority groups account for a disproportionate number of the Covid-19 cases and fatalities in the United States, but the black community in particular is suffering. In Wisconsin, a state that is only 6 percent black, black people account for about half of its Covid-19 deaths. In Chicago, black people account for 70 percent of deaths due to Covid-19 but make up only 30 percent of its population. In Richmond, Virginia, all but one of the people who have died of Covid-19 were black. “I’ll tell you the first thing I said when I saw the disparities in fatality rates,” says Louis Penner, a professor emeritus at Wayne State University who studies racial disparities in health care. “I said, ‘People are surprised?’”

Anybody who is paying attention knows that the gulf between the health statistics of white and black Americans has existed for decades, or, really, centuries. Covid-19 is just the latest manifestation of an old and ugly trend. The explanation for it is at once simple—racism—and incredibly complex. Structural inequalities have kept black Americans significantly poorer than their white counterparts, and economic disparity creates health disparities, especially during a pandemic. Black people (and other minority populations) tend to live in more polluted, more densely populated areas, have more people per household, and are overrepresented in settings where people are unable to effectively social distance, like prisons and homeless shelters. They disproportionately work jobs currently considered essential, yet also are far less likely to have paid sick leave, enough savings to take time off, or a grocery store nearby enough to stock up easily.

Many of these factors, from living in food deserts to lacking health insurance, add up to mean that black communities also suffer at higher rates from acute and chronic medical conditions. “My colleagues knew this was going to be an issue months ago, as soon as we started hearing that preexisting conditions like obesity, diabetes, chronic pulmonary and cardiovascular diseases are all risk factors for dying of Covid-19,” Penner says.

On top of creating the black community’s ongoing health crisis, systemic racism is also a barrier to treatment. According to Shervin Assari, a health inequality researcher at Charles R. Drew University, one of the only historically black medical schools in the nation, while white people prefer to get their health information from medical providers and the media, black people rate health-related information they receive from family members and churches more highly. The reason for this isn’t poor education (although it’s another structurally unequal factor), it’s due to longstanding and justified mistrust. “We found that racial prejudice amongst physicians affects how they interact with black patients,” Penner says. “Even in very short, highly structured interactions between physicians and patients, black patients pick up on this and react to it.”