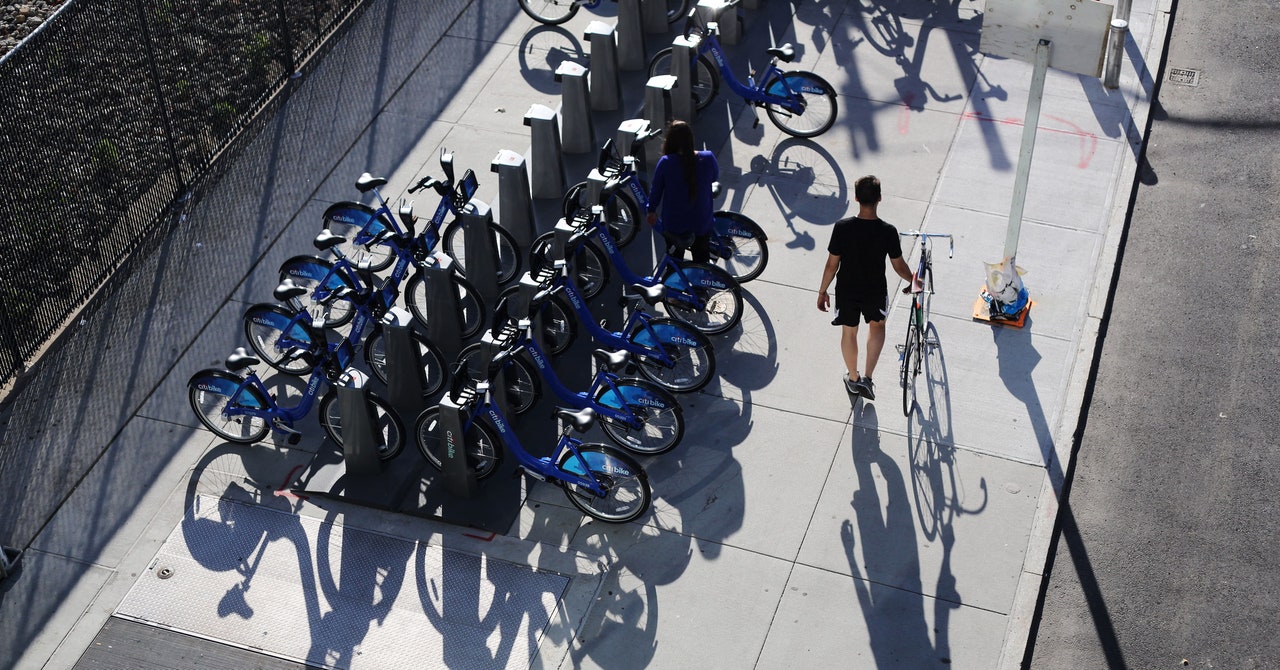 Citi Bike, also owned by Lyft, tweeted its frustrations with the directive to shut down. For the past few days, it has suspended service at 6 pm, two hours before the curfew goes into effect in New York. (A spokesperson for Lyft, Julie Wood, says: “We were required by our partners in New York City government to discontinue service during curfew hours. We know how disruptive this is to everyone who relies on Citi Bike, especially essential workers, and apologize.”) Revel has also been shutting down at the same time; its cofounder Frank Reig said in a statement provided to WIRED that Revel acted at the direction of the city mayor’s office. Uber, too, characterized its decision to suspend services as a result of directives from city officials. Not everyone buys this yielding of responsibility. “I am skeptical of Uber and Lyft suddenly throwing their hands up here and saying, ‘Well, the government told us we couldn’t do it, so therefore we can’t,’” Bryant Greening, a Chicago-based lawyer who specializes in rideshare-related cases, says. “They’ve been breaking laws their entire existence. So if they’ve decided to follow this rule or follow this order, they see it in their benefit to do so.”

Dockless scooter companies Bird and Lime also pulled many of their vehicles off the streets in cities with curfews and have issued statements through spokespersons indicating that they were also doing so at the behest of cities. Lime cited “the directives of local regulators,” while Bird pointed to “cities’ broader safety and transit strategies.” In Los Angeles, some dockless bikes were used by protesters to cordon off a street, and there’s footage on social media showing people using scooters as projectiles in many cities. (It should be noted, though, that people were regularly tossing scooters around and even lighting them on fire in the United States long before the protests began.)

Lime and Bird had already reduced availability during the Covid-19 pandemic because ridership had plummeted. But other mobility options, like bike shares and mopeds, experienced a spike in popularity this spring when people flocked to them as a safer alternative to public transit. They offer ways to get around without coming into close proximity with other people, which is hugely appealing during a pandemic where crowded spaces pose a public health threat. Uber, Lyft, and other rideshare services still necessitate drivers and passengers share the same space, but they minimize exposure considerably, and have become such linchpins of transportation that their service suspension has been intensely disruptive as well. “Uber and Lyft have ingrained themselves as the primary mode of transportation for many people,” Greening says. “If you shut off the apps, then those essential workers are left unable to perform their essential tasks. Then the entire city and community suffers.”

When Melissa Byrne arrived at New York’s Penn Station after taking an Amtrak home from a day trip to Philadelphia, she assumed she’d be able to use a rideshare to get to her home in the East Village. After pulling up Uber and realizing nothing was available, she felt unsafe taking the subway due to Covid-19, and didn’t want to walk across the borough and risk arrest. According to Byrne, police officers on the scene were not helpful. “I literally sat on the curb in front of the cops until a cab came at 11 pm,” she says. “It is so bad to cut off safe transport.”

New York City officials stress that rideshare services are only offline for a few hours, from the 8 pm curfew until just after midnight, and the New York Police Department claims Citi Bikes and Revel scooters were shut down due to concerns people were using them for looting. (The NYPD did not respond to requests for further information about the rationale behind the rideshare/bikeshare closures or provide comment on what stranded people were supposed to do in the absence of those services.) But not everyone is buying that. David Zipper, a visiting fellow at the Harvard Kennedy School who researches mobility and cities, is puzzled by the way cities are conflating issues with scooters and issues with bike shares. “I’ve had city officials tell me they’re canceling bike share because they’re worried about bike share vehicles being used as projectiles,” he says. “I’ve not seen evidence that a bike share bike has been used to break a window in the way it seems like some micro-mobility scooters have. So I’m not quite sure I understand.”