Dead Drop: The Human Is an Animal That Schemes 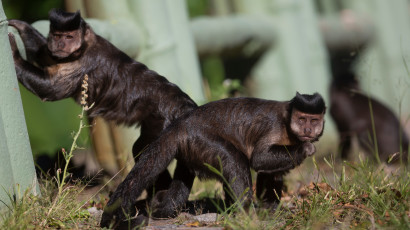 Dead DropOur Slack is an ever-growing recycling bin of abandoned links. News, memes, photos, quotes, and brain-poisoned bacchanalia must all be wiped from our memories so we can blog tomorrow—but before we do that, we’re forwarding the best of it to you! Welcome to Dead Drop.

Why do Americans apply the word “murder” to “murder hornets”? This is a question that The New Yorker asked on Wednesday. “A murder requires premeditation. We don’t speak of bears or tigers murdering people,” the author explained while laying out their thought process. They suspect that the monicker is a mangled translation of the Japanese “satsujin bachi,” or, “killer hornet.”

This caused considerable back-and-forth at Gizmodo today as we questioned the nature of murder, the nature of premeditation, and the nature of nature itself. Hudson “Mungojerrie” Hongo, Gizmodo’s resident cat, immediately chimed in with his own observation about humans and their deeds. “The core distinction of humans as an animal is Scheming. The human is an animal that schemes,” he explained.

Hmm. Science editor Rose Pastor countered with this spider which makes fake spiders; surely this was an example of diabolically creative scheming. Senior staff reporter Andrew Liszewski jumped in with trickster dolphins who prey on dumbass fish. Damningly, managing editor Kaitlyn Jakola pointed to a chimpanzee troop’s stealth raid on their enemies—war is a scheme of the most insidious variety. But Oxford’s online dictionary defines scheme, the verb, as to “make plans, especially in a devious way or with intent to do something illegal or wrong.” Can animals do crimes?

If you’re on desktop, the slideshow of Dead Drop continues on the next page, so smash that arrow.