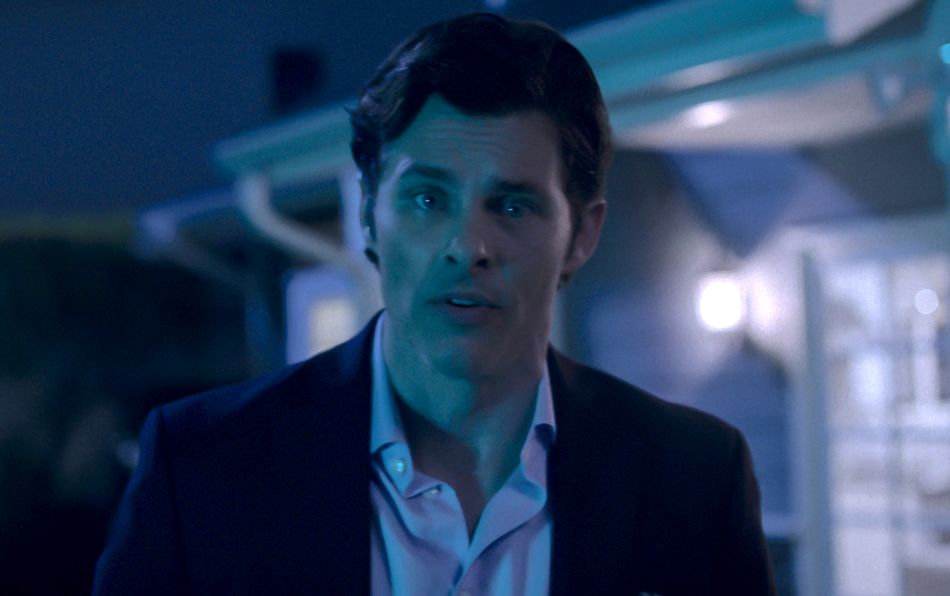 Netflix’s Dead to Me is the rare show that came into this world fully aware of how to keep the stakes high without letting them grow stale. In an act of continued excellence by show runner Liz Feldman and the writers, Season 2 is as enjoyable and emotionally satisfying as its predecessor — and just as crazy.

After a season spent in high-wire evasion of being linked to Steve’s (James Marsden) disappearance, Jen (Christina Applegate) and Judy (Linda Cardellini) end up in an entirely new predicament — and a familiar, twisted situation.

For sanity, let’s just quickly lay out all the madness that preceded this before we dive into that finale:

Each of these revelations are aptly spread throughout the nine episodes before the finale. Sure, we expect shocking twists and cliffhanger finales, but we still can’t help finding comfort in wine and camaraderie just like Jen and Judy. And every time you let your guard down, Dead To Me pounces.

The finale starts with Jen confessing to Steve’s murder. Starts, with 30 minutes to go. She shows up at Perez’s house (inappropriate!), where the detective breaks down about Michelle leaving and the vain hope that they would get back together (also inappropriate, but breaking down in your own home is perfectly acceptable… that’s why Jen shouldn’t have showed up there in the first place).

Dead To Me Season 2 is a superb binge experience, and worth revisiting almost as soon as you finish so you can admire the puzzle while holding all the pieces. We’ve known for a while now that Jen didn’t shoot Steve, and that he was walking away when she attacked him, but reliving that scene through her eyes never gets easier. Instead of healing apropos of nothing, the guilt gnaws at her conscience, not only for Steve’s death but for Ted’s. When we finally hear the words that pushed Jen to attack Steve, we’ve already felt her fear and pain in the moment, and they sting fiercely.

Judy tends to Charlie and Henry at home, unable to bring herself to say where their mother is or to hand over Jen’s letters just yet. In the meantime, Jen and Detective Perez drive to the woods to see Steve’s body, but they can’t find it and end up without proof of his death. Compelled to not be a cop for once, Detective Perez reveals she won’t charge Jen for Steve’s murder, and that they can proceed as if this whole escapade never happened.

On the drive back, Jen and Perez bond over the shared loss of their mothers. Jen realizes with a start that she’s been carrying residual trauma for over 20 years, and the combined intensity of Ted’s death and Steve’s murder bring it back to the surface. She returns to group therapy to talk through the loss, a bittersweet full-circle revolution to the pilot episode.

Jen isn’t the only one having maternal breakthroughs. After their heated conversation, Judy goes back to see her own incarcerated mother (Katey Sagal, in a commanding cameo), and to tell her that her days of manipulation are over. Jen picked up on a pattern that Judy may never have identified, or simply not wanted to face: that she craves love, even at the cost of exploitation, because anything must feel better than to have no one and feel unloved.

Flushed with the personal victory of finally saying “No,” Judy gets a call from Detective Perez and gets to be reunited with her paintings. This tiny treat of a thread that spreads from Season 1 to Season 2 pays off fabulously, with the revea`l that the painting frames are stuffed with cash.

Everything seems poised to be perfect when Chekhov’s dog, who we saw running in the woods earlier, starts digging around Steve’s burial site while his owner goes for a run. Ben gets the call at his parents’s house — at least, that’s what we’re led to believe. We don’t hear who’s calling or what they said, but we know it unbalanced Ben enough for him to leave the house immediately.

At the same time, Charlie finds Jen’s letter to Judy, in which Jen says she needs to confess and that she’s sorry she didn’t forgive Judy for Ted. And that’s just the part we heard — there was more after it, which might tell Charlie all he needs to know about Ted and Steve, or raise even more questions with no easy answers.

Judy and Jen enjoy the sweet taste of peace after far too long, now convinced that their web of lies and murder is behind them. They get Charlie a car, they start planning a trip, and they even share a lovely moment of closure after halting at the stop sign Jen got installed. What looks like any other sign on the road is a monumental symbol to both these women, a mark that others who follow will be spared their pain.

But moments of respite don’t last long on Dead to Me. They’ve barely passed the stop sign when a car slams into the driver’s side at full speed, knocking Judy out and visibly injuring Jen. What they don’t see is the next shocker: Ben is driving the other car, and — shock number three — he’s been drinking. Ben immediately pulls away and drives off as fast as he can.

It’s another doozy of a season and a finale, but this time around we’re wise to Dead to Me‘s games. We know every word of Ben’s phone call was deliberate, so we shouldn’t jump to assume that the dog found his brother’s remains. The same goes for Charlie finding Judy’s letter, depending on what those missing paragraphs contained (heck, we don’t even know if the letter is still in the envelope).

We don’t know if Ben or Judy saw each other after the accident, and while it’s not in Ben’s nature to have left them behind, we know that he was upset and under the influence so he may have acted out of character. What we’re left with is the only constant in this show: Jen and Judy, once again entangled in a messy mystery — with no one to depend on but each other.

Dead To Me Season 2 is now streaming on Netflix.