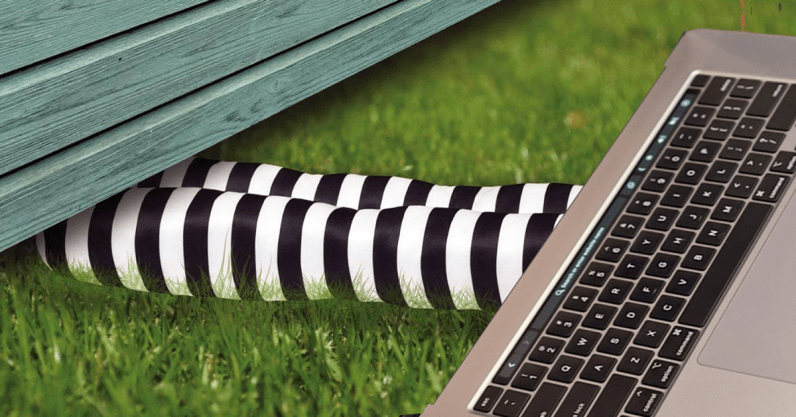 This is from Plugged In, TNW’s bi-weekly newsletter on gear and gadgets. Subscribe to it (and our other great newsletters) here.

Today, I’m gonna talk about Apple’s butterfly keyboard. More specifically, its demise — something worthy of both mourning and celebration.

“Hold on,” I hear you screech, “what the fuck is the butterfly keyboard?”

First off, language. You can find a long-form answer to your question here, but the TL;DR is it’s basically an Apple-designed keyboard mechanism that was meant to deliver a lower typing profile and better tapping experience.

Thing is — and this is a vital consideration — it fucking sucked harder than a Henry hoover at a Hackney houseparty.

Some people found it frustrating to type with. Many ended up keys that stuck and stopped working. Effectively, it failed at the single thing it was designed to do.

Which, to be frank, is an apt title for my autobiography.

If there was one positive out of this shitshow (always look for the silver lining) it was this absolutely brilliant headline (and article) from the WSJ:

Despite this fun little nugget, Apple’s “innovation” left lots of people in the nightmare position of having expensive laptops they couldn’t type on.

Well, you’ll be glad to hear those days are over. As of just over a week ago, none of Apple’s laptops have the butterfly keyboard.

No, no — there’s no need for applause, I didn’t have much to do with this. Okay, a little of clapping’s okay. More. More. Good.

Even better, this butterfly-backtracking only took Apple a measly… <checks watch> …five years.

In a way though, this saga reflects the company’s evolution over the past decade.

Apple used to be like your stubborn mate who, as irritating as it is to admit, has a lot of brilliant ideas. You know, the kind that wouldn’t stop talking about how underrated Keanu was as an actor in the 2000s — no matter how often you begged them to stop appearing at your house and lecturing you all about it.

Yes mate, you were right, drop it, please.

Nowadays, Apple is a different sort of individual: the dick.

If the company was a specific person, they’d be the type to half-read a single tweet about the health benefits of turmeric, and then spend the next five years doggedly following you around while shoveling spoonfuls of the rust-colored spice into their mouth, before, inevitably, dry-retching (with the occasional chunky splash) over everything you own.

On paper, the design of the butterfly keyboard was spectacular — and I still enjoy the typing experience — but its application was catastrophic.

Rather than accept this as a mistake and move on, Apple kept dipping its metaphorical spoon into that figurative spice jar and, throughout floods of pungent, bitter tears, continued telling people it was having a great time, actually, and maybe if you tried it you’d like it too.

This moment where they doubled, tripled, quadrupled down on a decision, and it still turned to fragrant shit in their hands, might be the defining moment of modern Apple.

It tried to square design and practicality, something it had achieved successfully for so long, but was forced to backpedal. A task it neither did well nor soon enough.

So, let’s all hold hands — what? that clamminess is completely natural, no it’s not a medical condition, I’m fine — and sing a song in celebration and mourning. Ding dong, the butterfly keyboard is dead.

But so is the Apple we once knew.

If you liked this column, make sure you head over here and sign-up to Plugged In (as well as our other great newsletters).

There was a syntax error in your webpage request. Teppiche. Bcshelps.