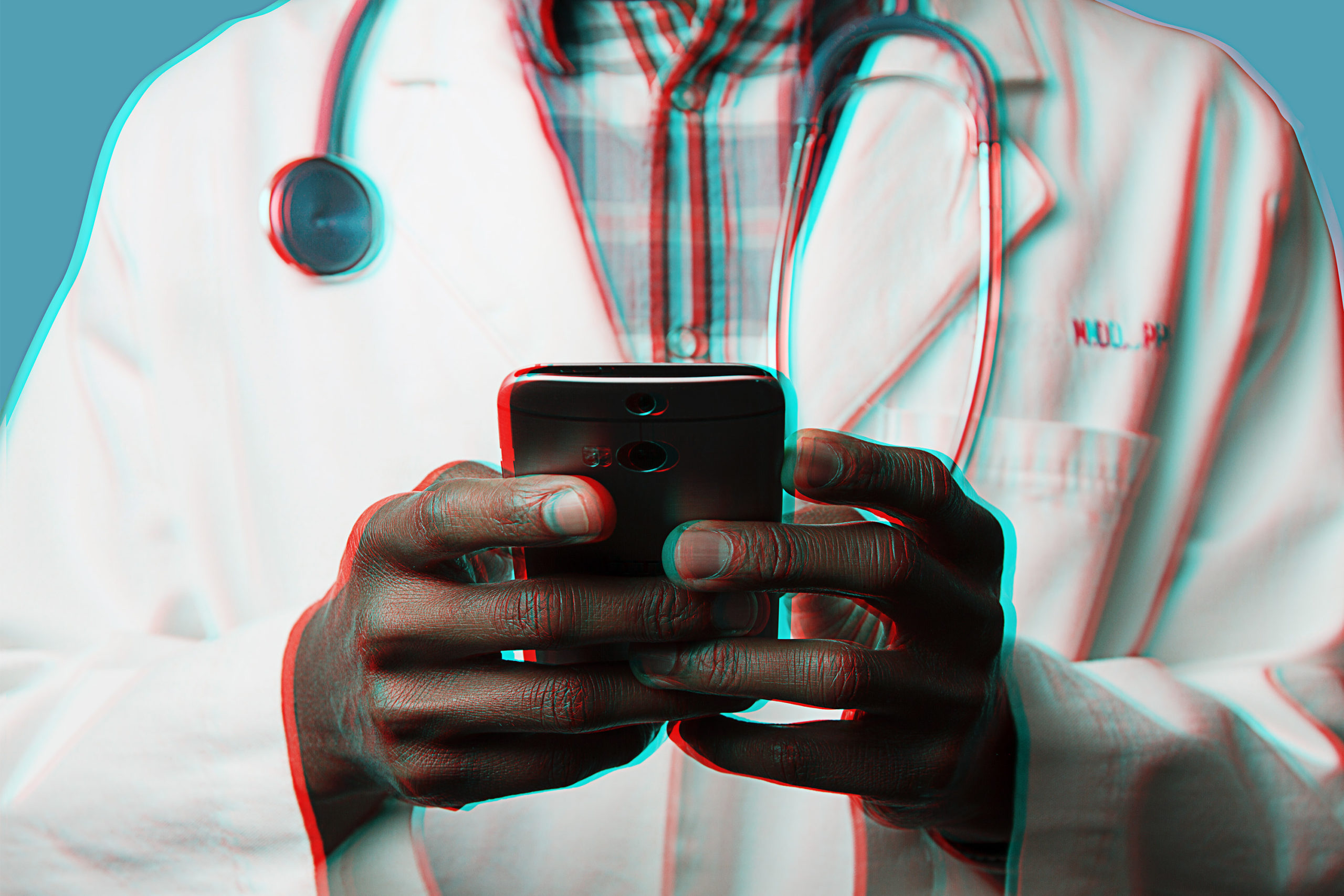 These methods had a moment in pop culture in 1993 when Nirvana titled a song after one, “Pennyroyal Tea.” It’s an herb people are now claiming induces miscarriages but which can cause seizures, coma, liver failure, and death. Others might remember the scene in season one of Bridgerton where Marina Thompson makes a tea with unknown ingredients to try to get rid of her pregnancy.

Spoiler alert: It didn’t work. And neither do methods for herbal abortions. But doctors fear people will try them when they feel they have no other choice.

“We don’t have any data to show that these methods work,” Dr. Jennifer Gunter, an OB/GYN well-known in the online world for calling out Gwyneth Paltrow’s Goop products, told Gizmodo in a phone interview. “Many of them are just literally poisons. Trying to find access to misoprostol [an approved medication to end abortion] is almost certainly a safer option.”

In response to Gizmodo’s inquiries, TikTok said it was working on taking down videos promoting the dangerous treatments and redirecting hashtags to vetted resources. Twitter said its misinformation policies did not apply in the case of posts about so-called herbal abortions.

In a post on her Vajenda Substack, Gunter, also the author of the book The Vagina Bible, analyzed the most common herbal abortion methods. Besides Rue and Pennyroyal, folks also commonly recommend parsley (yes, same as the spice), clubmoss, savin oil, blue cohosh, and mugwort. There is no evidence they are effective, but good evidence that they can cause harm.

Dr. Ryan Marino, a medical toxicologist and assistant professor at the Case Western Reserve University School of Medicine, is among the doctors who are using Twitter to try to warn against these dangerous methods. He says advice about how to have an herbal abortion has been going around for years.

Since the Supreme Court ruling, Marino said he has seen a rise of this dangerous advice, which has him worried that more people will likely attempt to end their pregnancies using these methods, opening themselves up to consequences like organ failure and death.

Treating people who have tried out an herbal abortion method isn’t easy either, the toxicologist explained. This is because most of the symptoms will develop after the initial injury or damage has occurred, and treatments may not be effective by then. Some plants, such as Pennyroyal, or mentha pulegium, don’t even have a specific antidote, according to Trebach. In the case of Pennyroyal, treatment is supportive care.

“I think somehow it’s gotten into the era of medical information today that if something is natural or an herb or organic, it’s somehow perceived as being much better for you and healthier and safer,” Trebach told Gizmodo in a phone interview. “Just ‘cause it’s an herb or a plant or was used in ancient Rome doesn’t mean it’s safe. There’s certainly many herbs and old things that kill you.”

Besides educating the public on herbal abortions, some doctors on social media are also working to educate others in their profession who may not be familiar with these methods and their consequences.

Trebach, whose tweets on fictional cases of people who have tried herbal abortions have spread widely on social media, said he was motivated to share his knowledge after thinking back on his own schooling and residency, which had little to no focus on toxicology.

“My other medical friends were like, ‘Oh, I had no idea about any of this stuff,’” Trebach told Gizmodo.

However, even OB/GYNs might not have treated an herbal abortion case. Dr. Gunter, for instance, told Gizmodo that to her knowledge, she had never treated someone who tried to take plants or herbs to provoke an abortion. Then again, she practices in California, where there are no restrictions on abortions.

“It is imperative that the medical community work together to protect people even more than ever, as we are seeing governments and healthcare systems now starting to actively do things that are not in the best interests of our patients,” Marino said.

Another concern: people who try herbal abortion methods might fear telling doctors what they’ve taken. That worries Marino, who stated that in some cases treatments need to be delivered quickly to be effective and protective. Healthcare professionals need to be able to recognize the side effects caused by herbal abortion methods if patients don’t disclose it voluntarily “because it can literally mean the difference between life and death.”

Dr. Rob Davidson, an emergency room doctor in Michigan and the executive director of the Committee to Protect Health Care, told Gizmodo in a phone interview that the methods of herbal abortion and their consequences weren’t on his radar until recently. He likened it to doctors having to continuously educate themselves on the different designer drugs on the street that pop up over the years.

“The unfortunate reality is that I think it’s on all of us to be able to recognize these things so that then we can treat however we need to,” Davidson said.

Drs. Trebach and Marino told Gizmodo that they believe social media companies should take down any content promoting methods of herbal abortions.

“I think social media companies have a responsibility to the public to not allow proliferation of dangerous misinformation,” Marino said, adding that he would love to see the Food and Drug Administration stop the sale of products that have no legitimate or safe use, such as Pennyroyal. “As private companies they have significantly more control over this content than government regulators, and it is important to also note that speech that gets people injured or killed is not protected speech anyways.”

On Friday, when asked about what action it would take on posts around herbal abortions on its platform, a TikTok spokesperson told Gizmodo in an email that it was working on taking it down. The spokesperson added that TikTok was redirecting relevant hashtags, such as #herbalabortion, to its community guidelines to further protect its platform and community.

“This type of content violates our policies against medical misinformation, and we’re working with our fact-checking partners to help assess accuracy as we remove this content from our platform,” the spokesperson said.

Twitter, meanwhile, told Gizmodo that it does not prohibit discussion on abortion, contraceptives, or related topics on its platform. However, it shared that its misinformation policies only apply to covid-19, civic integrity, synthetic and manipulated media, and crisis misinformation.

“Protecting the health of the conversations happening on Twitter, while preserving space for debate and discussion, is top priority for us,” a Twitter spokesperson said via email.

Meta, which owns Facebook and Instagram, did not answer specific questions on whether it would take any action on posts related to herbal abortions on its platforms. The company told Gizmodo in an email that it allows posts about abortion on its platforms, but that the content must follow its rules on misinformation. Facebook received criticism last week after a test by the Associated Press found that the company removed a post with the phrase, “If you send me your address, I will mail you abortion pills.” However, when the AP swapped out “abortion pills” for “a gun,” the post was untouched.

“Content that discusses the affordability and accessibility of prescription medication is allowed,” Meta communication director Andy Stone said in a tweet on last week.

Snapchat did not reply to Gizmodo’s request for comment.

When asked what message she had for individuals looking into herbal abortion methods, Gunter, the OB/GYN, said she would ask them to stop what they were doing and instead think about how to search for resources and networks safely online, where there are many organizations working to help abortion seekers travel out of state to get care or receive abortion medications through the mail.

“There are a variety of ways to get care,” Gunter said. “What people need to do is they need to connect to people who have been in this space for a long time, who know the laws, and know how to help you locally. That’s who you need to get access to.”