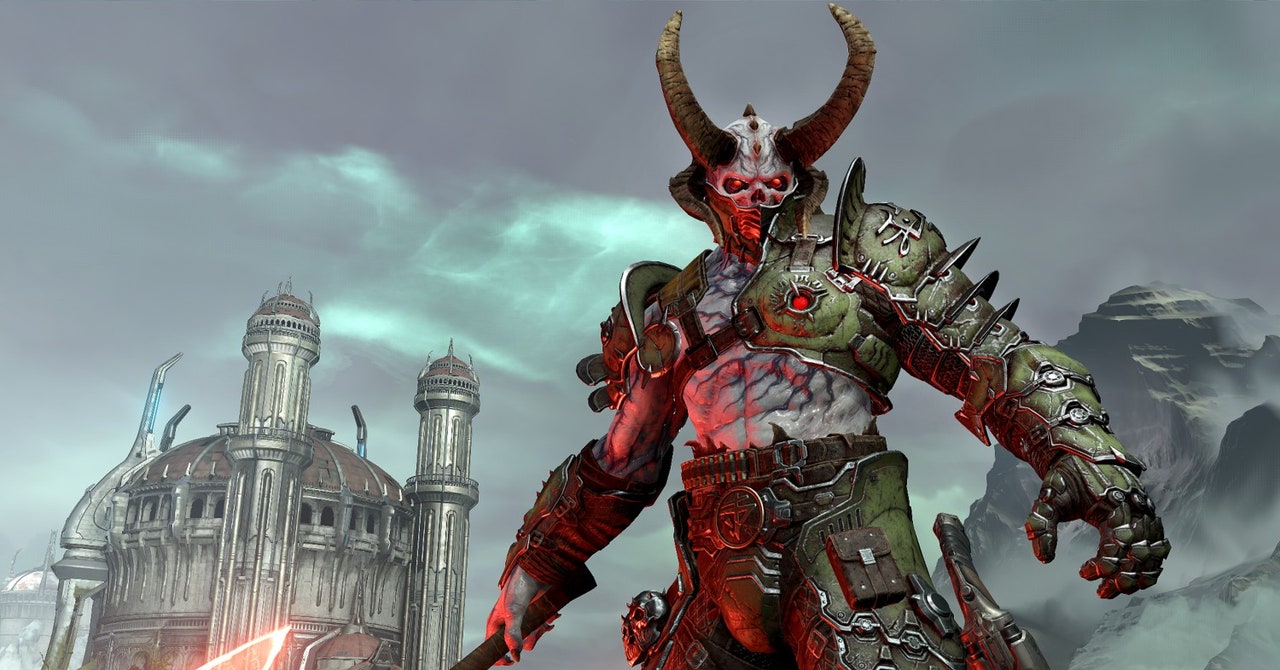 Hello and welcome to Replay, WIRED’s rundown of all of the week’s big videogame news. This week we’ve got updates from EA and G2A, and some details on that Doom Eternal anti-cheat software that pretty much no one liked. Let’s dive right in.

If there’s one thing PC gamers hate, it’s Denuvo’s anti-cheat software. The software, which often gets included as part of PC games to deter scofflaws, is generally seen as extremely intrusive, requiring kernel-level access, which some players say causes performance issues, and generally feels unsafe. After all, why would anyone want to give their copy of Fortnite deep access to all of their computer’s files? Some people even say Denuvo gets flagged by virus protection programs. Like, what happens if someone cracks that software? So when a big game, like, say, id Software’s Doom Eternal adds Denuvo after launch, it can make players pretty upset.

As Kotaku reports, that’s exactly what happened, and the uproar was enough for Eternal‘s executive producer, Marty Stratton, to announce that id will be removing the software just a week after the studio first added it in an update. “Despite our best intentions, feedback from players has made it clear that we must re-evaluate our approach to anti-cheat integration,” Stratton wrote in a Reddit post. Now if only the players had a way to communicate that anger without, y’know, review bombing the game on Steam. One thing at a time.

It used to be extremely common for game developers to work closely with mod communities, sharing source code, providing development tools, and hiring modders to work on their games. In the more technically complex contemporary era of gaming, those sorts of gestures are a lot less common, so whenever a major corporation engages in that sort of good will, it’s nice to see. As reported by IGN, EA announced this week that it will be releasing the full source code for two games in the Command and Conquer series of real-time strategy games. Both Tiberian Dawn and Red Alert will have their source code released under the General Public License, giving users freedom to modify the code as open-source content. This move, which will hopefully inspire other developers to do the same, was done in the hopes of creating a robust modding community for the upcoming Command and Conquer Remastered.

G2A Internal Investigation Finds That, Yeah, Not All Keys Sold on the Site Were Legit

One of the biggest open secrets in the videogame industry is that G2A, a website that allows the re-sale of videogame license keys, can, uh, sometimes facilitate the sale of games via illegitimately gotten keys. We can say that with certainty now because, as Gamasutra reports, G2A confirmed it in their own internal investigation. After issuing a challenge to developers to prove that illigitimate keys were being sold on the platform, Wube Software, developer of Factoria, took G2A up on the offer. Now, after the two companies collaborated on an internal audit they found that, yeah, 198 illegitimately acquired keys for the game were definitely sold on G2A. In accordance with the agreement, G2A will pay 10 times the value of those keys back to Wube—a sum of nearly $40,000. Oof.

Recommendation of the Week: Hyper Light Drifter by Heart Machine

This game is beautiful. Mysterious, eerie, full of portent and promise and hidden depths, Hyper Light Drifter is one of my absolute favorites. It feels a bit like A Link to the Past if it was about cyberpunk alien warriors and dark secrets hidden beneath the earth. Like all people, I have certain petty game preferences, and one of them is that I rarely get too deep into 2D games. This is an exception, and what an exception it is. If you like quick, puzzle-y games with beautiful art design and a bunch of ideas, check this one out.