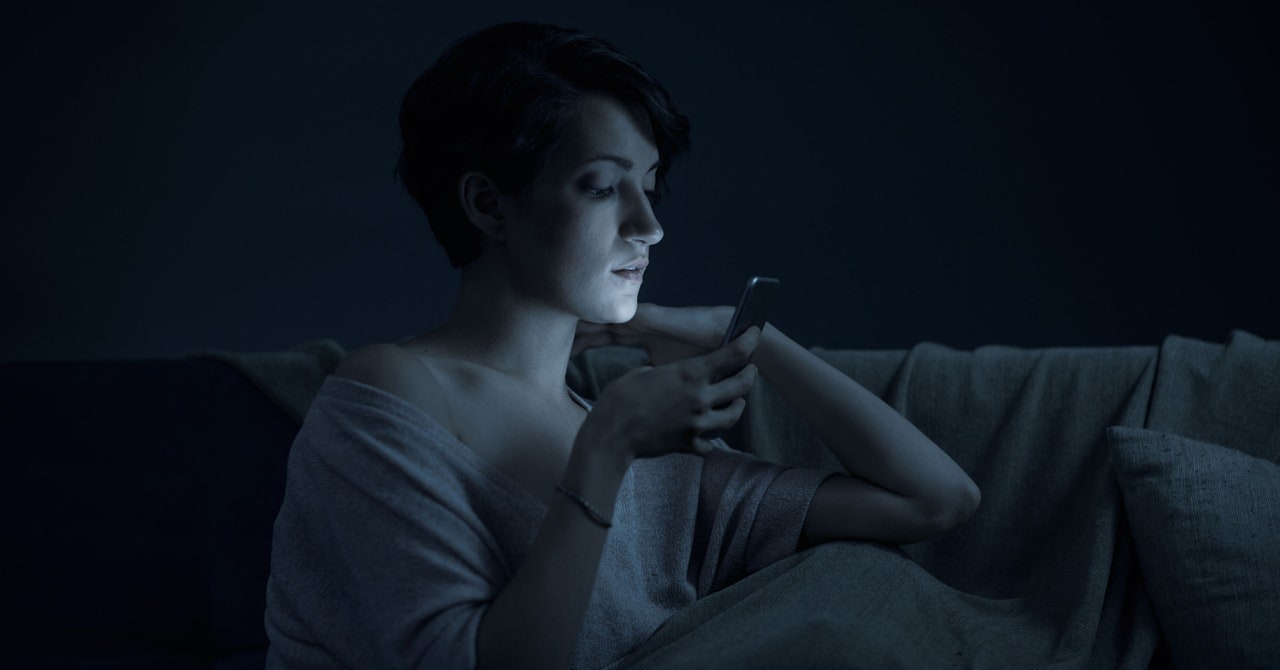 It’s 11:37 pm and the pattern shows now signs of shifting. At 1:12 am, it’s more of the same. Thumb down, thumb up. Twitter, Instagram, and—if you’re feeling particularly wrought/masochistic—Facebook. Ever since the Covid-19 pandemic left a great many people locked down in their homes in early March, the evening ritual has been codifying: Each night ends the way the day began, with an endless scroll through social media in a desperate search for clarity.

To those who have become purveyors of the perverse exercise, like The New York Times’ Kevin Roose, this habit has become known as doomsurfing, or “falling into deep, morbid rabbit holes filled with coronavirus content, agitating myself to the point of physical discomfort, erasing any hope of a good night’s sleep.” For those who prefer their despair be portable, the term is doomscrolling, and as protests over racial injustice and police brutality following the death of George Floyd have joined the Covid-19 crisis in the news cycle, it’s only gotten more intense. The constant stream of news and social media never ends.

Of course, a late-night scroll is nothing new—it’s the kind of thing therapists often hear about when couples say one or the other isn’t providing enough attention. But it used to be that Sunday nights in bed were spent digging through Twitter for Game of Thrones hot takes, or armchair quarterbacking the day’s game. Now, the only thing to binge-watch is the world’s collapse into crisis. Coronavirus deaths (473,000 worldwide and counting), unemployment rates (around 13 percent in the US), protesters in the street on any given day marching for racial justice (countless thousands)—the faucet of data runs nonstop. There are unlimited seasons, and the promise of some answer, or perhaps even some good news, always feels one click away.

But it’s not. Right now, people are living at a time with no easy solutions, a moment with a lot of conflicting “facts” in a rapidly changing landscape. According to Nicole Ellison, who studies communication and social media at the University of Michigan’s School of Information, that means there’s a “lot of demand on cognitive processing to make sense of this. There’s no overarching narrative that helps us.” That, she adds, only compounds the stress and anxiety they’re already feeling.

For years people have questioned the net benefits of platforms like Twitter and Facebook, and while some studies have found social media, when used responsibly, can have positive effects on mental health, it can also lead to anxiety and depression. Or, at the bare minimum, FOMO. And that’s just the result of looking at too many brunch photos or links to celebrity gossip. Add in a global pandemic and civil unrest—and the possibility that social media networks are incentivized to push trending topics into your feeds—and the problem intensifies. “In a situation like that, we engage in these more narrow, immediate survival-oriented behaviors. We’re in fight-or-flight mode,” Ellison says. “Combine that with the fact that, socially, many of us are not going into work and standing around the coffee maker engaging in collective sense-making, and the result is we don’t have a lot of those social resources available to us in the same way.”

The doom and gloom isn’t all the media’s fault, though. Mesfin Bekalu, a research scientist at the Lee Kum Sheung Center for Health and Happiness at Harvard’s T. H. Chan School of Public Health, notes that while a lot of the news is bad, “as humans we have a ‘natural’ tendency to pay more attention to negative news.” This, along with social media algorithms, makes doomscrolling—and its impacts—almost inevitable. “Since the 1970s, we know of the ‘mean world syndrome’—the belief that the world is a more dangerous place to live in than it actually is—as a result of long-term exposure to violence-related content on television,” Bekalu says. “So, doomscrolling can lead to the same long-term effects on mental health unless we mount interventions that address users’ behaviors and guide the design of social media platforms in ways that improve mental health and well-being.”