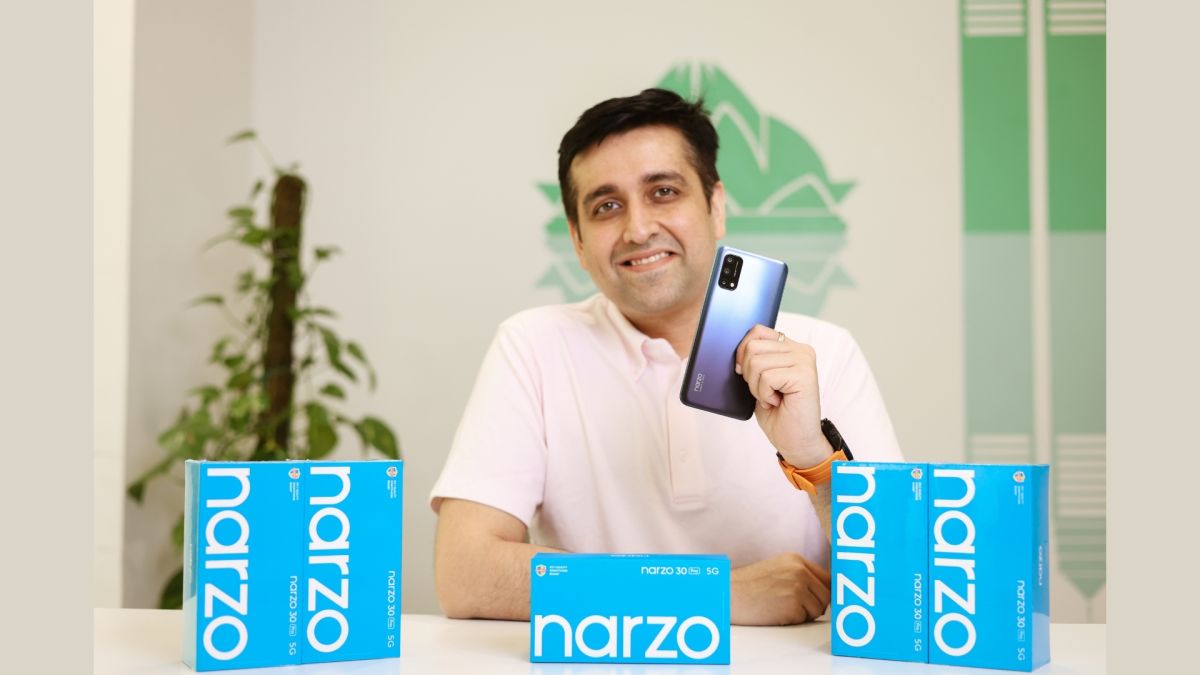 Realme’s Narzo family of smartphones has often brought specs and features to new lower price points. Come next week, the company will aim to do that once again with the launch of the Narzo 30 4G and Narzo 30 5G in India.

If those names sound familiar, it’s because Realme has already brought the Narzo 30A and 30 Pro to India in February. At that event. the standard Narzo 30 was a no-show, but its existence was confirmed — along with the fact that it will come in both 4G and 5G variants.

TechRadar India had an exclusive interview with Realme’s Madhav Sheth to learn about the company’s future plans for the Indian market, the launch of the Narzo 30 series, 5G, and AIoT ambitions.

In the conversation, Madhav confirmed that the Realme Narzo 30 4G and Narzo 30 5G will launch in India very soon and will be targeted at young gaming enthusiasts. The latter will be powered by the MediaTek Dimensity 700 chipset, which will not only bring 5G capabilities but is also claimed to offer better efficiency thanks to the 7nm manufacturing process.

“If you call Realme as the leader in 5G smartphones, then Narzo would play as the democratizer for 5G”, he said.

The Narzo 30 5G shares most of its specifications with the Realme 8 5G. We asked him about how they plan on differentiating the two offerings, to which he explained that the launch event will make things clearer on how the Narzo 30 5G will be positioned differently and follow a unique design language. His wording also suggests that the storage and RAM configurations will be different.

On the same lines, we asked for his views on the recent overlap between Realme’s number series and Narzo series. Sheth clarified, “We don’t think there is “overlapping”. We launch products because customers need more options and that’s what has made Realme the world’s fastest-growing smartphone brand. Narzo series was launched with the aim to bring performance-oriented smartphones for young players whereas our number series is our Youth Flagship which provides the best comprehensive experience in the segment. Their positioning is completely different and clear.”

Realme has held the title for the cheapest 5G phone in India for a while. Is that something you’re actively pursuing?

Yes, in 2021, Realme aims to be a 5G leader in India and also globally and we strongly believe that everyone deserves to have a 5G device. 5G brings a host of benefits to users, be it from the network point of view or to reap the benefit of the latest 5G R&D breakthroughs from the chipset makers, reflected on the power management, display optimization, camera capabilities and others. It’s an irrevocable trend and Realme has sensed it faster than others. About 90% of our R&D resources have been shifted to 5G in order to bring the latest and the best experience to our consumers and enable Realme users to experience 5G at the most democratized price ever.

Earlier in the year, Realme announced plans to launch over 100 AIoT products in India, but 2021 had different plans. Madhav acknowledged the issues but confirmed that they are back on track and will launch many AIoT products soon. “We are focused on creating a Realme TechLife universe that will allow everyone to experience and enjoy the desired life enhanced by technology, with a diverse range of smartphones, smart TVs, audio, wearables and other smart gadgets.”

In the near future, the lineup is also expected to expand to segments such as laptops and tablets.