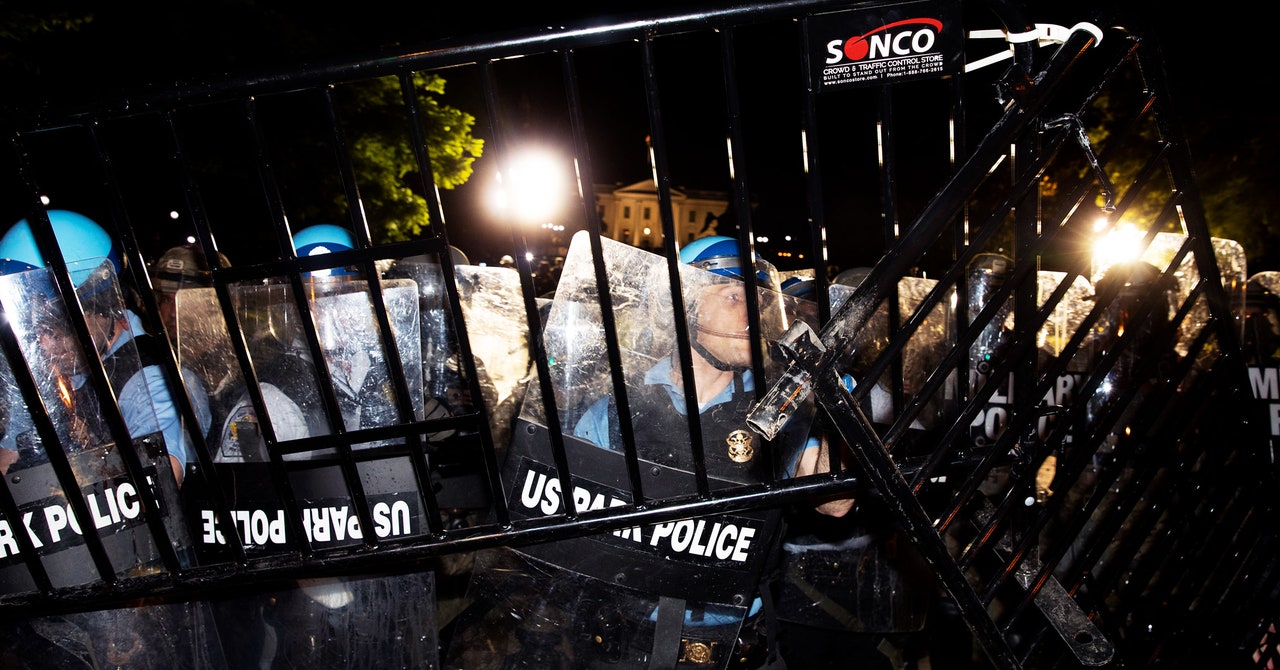 In recent weeks, social media executives have jumped in to pledge their support for the protest movement that emerged in response to the killing of George Floyd by Minneapolis police. In a June 1 Facebook post, Mark Zuckerberg wrote about the need to fight for racial justice and noted, “One of the areas Priscilla and I have personally worked on and where racism and racial disparities are most profound is in the criminal justice system.” On the same day, Twitter’s Jack Dorsey tweeted “Police policy reform now”; he later pledged $3 million to Colin Kaepernick’s Know Your Rights Camp. Instagram CEO Adam Mosseri recently promised to take steps to improve black users’ experience on the platform, and Google’s Sundar Pichai published a blog post this week affirming the company’s support for “organizations working to advance criminal justice reform.”

When it comes to the role these companies actually play in the criminal justice system, however, a different story emerges, according to defense attorneys. As things stand, law enforcement routinely gets access to private social media records, including direct messages, that it can use to investigate and prosecute suspects. But criminal defendants—a group in which poor people of color, particularly black people, are wildly overrepresented—can’t make the companies turn over the same information, even when it could make their case. And at this very moment, Facebook and Twitter are fighting in court to make sure this doesn’t change.

The dispute is about the Stored Communications Act of 1986, a federal law that prohibits an “electronic communications service provider” from sharing users’ communication and account records, subject to a list of exceptions. There’s an exception for law enforcement, but none for defendants. This sets up an imbalance in which privacy law is less restrictive toward the police than it is toward someone trying to prove their innocence. If you’re accused of a crime, police and prosecutors can get a warrant to access your social media accounts, or other users’ accounts that could serve as evidence in the case. But if you go to these companies with a subpoena, they won’t honor it—even if you’ve convinced a judge that the data might prove that someone else committed the crime, that a witness against you is lying, or that you acted in self-defense.

This state of affairs is intensely frustrating to defense attorneys, who in general are already outgunned by vastly better-resourced prosecutors. Jeffrey Stein, a public defender in Washington, DC, said that in serious felony cases, it’s almost automatic for the police to request and receive access to a defendant’s social media accounts. But information that could help his clients’ cases is generally out of reach.

“In a criminal case, where an individual’s life may hinge on whether the jury has a single reason to doubt a witness’s testimony, or whether to believe that your client acted in self-defense, social media often houses the most critical, case-shattering evidence,” he said in an email—hardly a situation Congress could have foreseen when it passed the law in 1986. “That is why law enforcement routinely collects it and uses it against our clients. But, as in so many other ways in our criminal system, the playing field is not level.”

To be clear, social media platforms didn’t create this imbalance. Generally, when they turn down a defendant’s request for user data, the law is firmly on their side. But occasionally, trial court judges have ruled in a defendant’s favor, usually based on the constitutional right to due process. That’s where things get interesting. In these cases, the platforms could simply comply with the order. Instead, they fight tooth and nail to resist it. In one California case, Facebook and Twitter appealed all the way to the US Supreme Court rather than hand over account information to a defendant, even after being placed in contempt for violating the trial court’s order. (The Supreme Court recently declined to take the appeal, possibly because it’s not at the right procedural step.)